2012 Davitt Awards: How well do you know your crime?

The 2012 Davitt Awards will be announced tonight at a dinner in Melbourne. The Davitts are a national crime writing award sponsored by Sisters in Crime Australia. They are awarded each year for the best crime books by Australian women. The categories are best Adult Fiction, Children’s/YA, True Crime, Debut and Reader’s Choice.

“Sisters in Crime Australia named the award The Davitt in honour of Ellen Davitt (1812-1879) who wrote Australia’s first mystery novel, Force and  Fraud  in 1865. Her achievement is extraordinary when it is considered that Wilke’s Collins’ The Woman in White, generally regarded as the first full-length mystery novel, was published only in 1860. Force and Fraud was serialised in the Australian Journal, starting with its very first issue. It begins with a murder and ends with its solution, with red herrings, blackmail, and a dramatic court scene in between.” (From the Sisters in Crime website.)

The short- and long-listed books are given below, along with links to AWW reviews. What is noticeable is how few of the long-listed books have been  reviewed for the challenge. Notable exceptions are when the book is cross-genre, especially with Speculative Fiction. One reason for this may be that  these are 2011 titles, rather than new releases. Current AWW crime reviews may be of books that qualify for next year’s awards. However this could also indicate that Australian women’s crime writing is not as well known in Australia as, for example, romance, or at least not among challenge participants.

How many of the following books have you read?

(If your AWW review of one of the following has been overlooked, or if you reviewed one or more of these books in previous years, please mention your review in the comments below.) 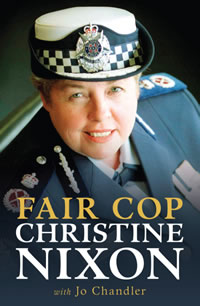 NB: This post will be cross-posted with the new, AWW test site on WordPress.