One of the books which attracted the greatest number of reviews for the AWW 2013 challenge was The Girl in the Hard Hat by Loretta Hill.

Loretta is the author of bestselling novels The Girl in Steel-Capped Boots and The Girl in the Hard Hat.  For these stories she drew upon her own outback engineering experiences of larrikins, red dust and steel-capped boots. Now retired from her career in Structural Engineering, Loretta is enjoying pursuing her long time dream of writing novels. She lives with her husband and four children in Perth. I interviewed Loretta about how she got started as a writer, her writing habits, and her favourite book by a female Australian writer.

Did you grow up in a bookish house?

Sort of. My mum was into books. She was studying to become a librarian before I was born but had to let it go when she fell pregnant with me. She was always reading novels when I was growing up. My father, on the other hand, is the other side of the coin. He has never read a novel in his life. Not even any of mine. When talking about me to his friends, he will say, “Did you hear my daughter got a book published? Haven’t read it but heard it’s pretty good.”  My father is a mechanical engineer (now retired) who has always preferred the sciences. So in a way, I guess I had a very balanced childhood.  Maybe that’s why I’m turned out to be an engineer who writes books.

What was your early relationship with books?

I’ve always loved books. My favourite author as a kid was Enid Blyton and I used to hoard my pocket money to save up and by them all.

I was writing stories since I could read. But I didn’t have a serious goal to be published until I was eighteen. That was the year I completed my first novel.  This book was definitely a practice one. I still have it but will never submit it to a publisher. In terms of motivation, I didn’t really need to be pushed to write. To me it’s as enjoyable as reading, more so because you’re in complete control of the story. The hard work and tedium lies in the editing and revising process not in creating the first draft. But I guess there’s a down side to every job, isn’t there?

How did The Girl in Steel Capped Boots come to be published?

The whole process which involved writing, revising and submitting took about five years. I did get rejected from the first publisher I sent it to but while they were looking over it, I signed with my agent, Clare Forster at Curtis Brown. So when the first publisher eventually rejected it, she then submitted it to Random House, which offered to buy it within a couple of weeks. 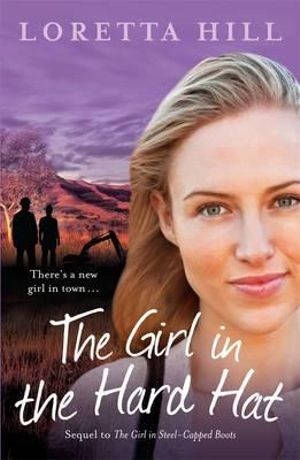 What research did you have to do for The Girl in the Hard Hat and how did you go about it?

I don’t know how writers used to do research in the old days without email, phones and internet. This is mostly how I got my information. There is a tropical cyclone in The Girl in the Hard Hat and because I’d never experienced one myself I had to do a lot of research for that. Much of that involved internet searches, looking at weather sites, government departments and emergencies services groups. I even spoke to some people who had experienced a cyclone over the phone.

As I’m also a full time mum to four children under six, my writing time is very limited and regimented.  My main writing time is on a Friday. On this day, I have a nanny come to my house to take the kids for the day so that I can write. I lock myself away in a study while she is here and that’s when I get the majority of my work done. However, I still need  to write most nights when the kids are asleep to meet my deadlines. Sometimes, I will also write on the weekends when my husband can watch the kids. But I try not to. I like to reserve some time for family. 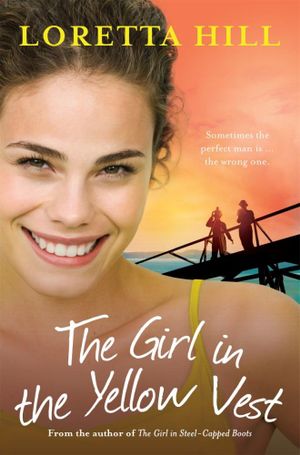 Is your next book in the same series?

My next book is called The Girl in the Yellow Vest and yes, it is also in my FIFO [“fly in, fly out”] girls series.  I would say this book is a little different to my first two novels, The Girl in Steel-Capped Boots and The Girl in the Hard Hat.  This book is not set on the Pilbara but in Queensland. Some characters from the first two books appear as minor characters but the guts of the story centres around four new protagonists –  Charlotte, Mark, Emily and Will. All four of these characters work at the Hay Point Wharf, a coal terminal on the Queensland coast. They have very different goals and histories but slowly all their lives become intimately intertwined. There is a lot of comedy in this book but I do explore a few deeper issues such as the loss of a loved one and parenting a sibling.

What else will readers see from you in 2014?

I have a novella, coming out in February called Operation Valentine guaranteed to put anyone in the mood for Valentine’s Day. It has a lot of laughs in it and was heaps of fun to write. My first novella, One Little White Lie, is also coming out next year in May in print as part of an anthology of novella’s for Mother’s day. Looks like a wonderful collection if you’re searching for a great gift.

Right now, I’m on holiday. Christmas and the school holidays is just too crazy a time to be starting a new novel. But I do have a few ideas simmering on the back burner. I hope to get started dissecting them late January. But my next novel won’t be FIFO. I’m thinking of shifting my focus to the wine region in Southern Western Australia. I have family who live there and I visit often. I’ve been itching to write a book set there for ages. It doesn’t mean I won’t return to my FIFO stories, I just need a little break from them for a while.

What is your favourite book by a female Australian writer?

I can’t pick a favourite Australian female author because there are just too many I enjoy reading for different reasons.  I can tell you about the last Aussie book I read though which was by Jennifer Scoullar. It’s called Currawong Creek. I just loved it. This book has so much heart in it.  If you’re a mother, it’ll really touch you. I definitely recommend it as a good read.

This is the third in an interview series with the authors of the most popular books in this year’s challenge. The first interview was with Dawn Barker, author of Fractured, and the second with Honey Brown, author of Dark Horse.

Annabel Smith is the author of Whisky Charlie Foxtrot, and A New Map of the Universe, which was shortlisted for the WA Premier’s Book Awards. She has had short fiction and commentary published in Westerly and Southerly and holds a PhD in Writing from Edith Cowan University.