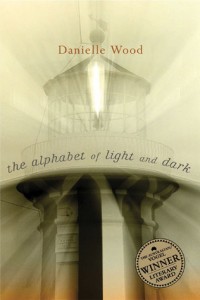 While AWW readers swung in their hammocks over summer, they also ploughed their way through books that illuminated themes of diversity. However, challenging unconscious biases is no breeze – it can take a concerted effort to seek out books which aren’t by white, heterosexual authors.

Take a look at Jo Tamar’s blog to see how she actively set herself goals to encourage herself to read books by authors of different backgrounds – she made sure she read a minimum number of Indigenous writers, writers of ethnic heritage and rural writers – what a great effort! Shannon of Giraffe Days kicked off the year in diversity, writing on Danielle Wood’s The Alphabet of Light and Dark about Essie, who moves to Bruny Island, where she has a key to the old lighthouse. In her lovely review, Shannon discusses Wood’s references to the original Aboriginal inhabitants of Bruny Island:

part of me wanted [this theme] to be more prominent, to matter more, because I love stories about Indigenous issues etc. and learning from them – but I have to also acknowledge that having it as a shadow (again, that ‘light and dark’ theme) worked quite beautifully. After all, it is Essie’s story, a colonial story, first and foremost. The Aboriginal story is part of it, a dark part, but not the whole of it.

Another three reviews of works by Indigenous women writers were penned by Jo, including Colleen Shirley Perry’s autobiography Mum Shirl (also mentioned by Elizabeth in the Histories, Biographies and Memoirs roundup), Melissa Lucashenko’s young adult novel Too Flash, and Maralinga, by the Yalata and Oak Valley community members.

Jo also featured two writers of ethnic heritage, Eileen Chong and Maxine Beneba Clarke. She reviewed Eileen’s book of poetry, Peony, which ‘deals with a range of themes, from the nature of family and ancestral roots and traditions, to death, friendship, travel, fear and, of course, love.’ She preferred the range in Maxine’s book of short stories, Foreign Soil, particularly Maxine’s ability to ‘write from the perspectives of a remarkable variety of characters in large number of situations.’ She also found each story was ‘a window into a larger world, leaving you to imagine what the characters do next.’ If a text leaves you thinking about it afterwards, the author has done their work well! Meanwhile, over at Dark Matter Zine, Nalini reviewed Francesca Haig’s The Fire Sermon, which has a really interesting premise:

Cass and Zach are perfect twins in a post-apocalyptic world where one twin is always born Alpha (‘normal’) and the other twin is always an Omega (has a disability or is a seer). The split in society is catastrophic and final: the Omega twin is always sent away to protect Alphas from contamination … Cass, being a seer, is able to hide her disability until she is thirteen when her twin, Zach, tricks her into revealing herself.

However, Cass is not visibly disabled, and as such is rejected by the Omega people as well. Therefore, as Nalini writes, ‘she is bereft of real community. This is such an accurate portrayal of disability culture that, at times, my breath caught and my eyes moistened.’

This is another book that I’ll be adding to my list! Not all disabilities are obvious, and it’s good to see this author tackling an aspect of disability which doesn’t usually appear on people’s radars, in a clearly moving way as well.

While we’re on the subject of disability, Monique of WriteNoteReviews penned her thoughts on Dianne Touchell’s A Small Madness. This novel, she writes, ‘deals with themes of teen sex, pregnancy, teen-parent relationships, isolation, friendship and mental illness. What makes it different from other young adult novels is its message that, in Touchell’s words, “being damaged is very, very different to being evil”.’ As with The Fire Sermon, this book brings to light an aspect of mental illness – its complexity and invisibility – which make it hard for some to comprehend. Lesbian/queer women writers also featured this month, with a review from Sean the Bookonaut of Hannah Kent’s Burial Rites, which made him feel ‘very much confined in the reading of this book, as if I were in the room or claustrophobic baðstofa with the family.  Quite a feat if you consider I was seated in a room with fourteen foot ceilings in the midst of an Australian summer.’ You bet! Crime fiction writer Katherine Howell’s latest novel, Tell the Truth, was reviewed by Brenda at GoodReads, who found it ‘filled with twists and turns’ with ‘a fast pace and great plot.’ Bit of a heart-racer, by the sounds of it. And it was also great to see a review of debut author Bec Jessen’s verse novel Gap, which is about young people who fall through the cracks in society. Brona found this story ‘a very worthy attempt by an emerging young writer’ and she’s curious to see what Bec, who won the 2013 Queensland Literary Award for Best Emerging Author for this book, writes next.

On a final note, here’s an article by Sunnili Govinage, an Australian lawyer who grew up in Perth. She challenged herself not to read white authors for a year, and her decision introduced her to books she wouldn’t normally read.

Who needs a better reason for committing themselves to read books that feature diversity? Sunnili also mentions the “We Need Diverse Books” campaign which asks followers to pledge to read books that highlight diversity in a myriad of ways (so not just people of colour, but looking at various inclusivity issues such as disability and gender and sexuality) with the hashtag #WNDBResolution.

Get reading and hashtagging, folks! You might be surprised where it takes you.