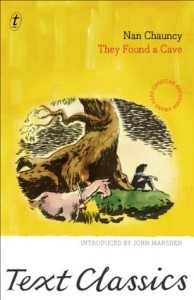 February has been a fairly quiet month in this neck of the woods, except that we did see the announcement of the Stella Prize longlist early in the month. We look forward to the shortlist announcement in March. We here at the AWW Challenge like to keep an eye on literary awards throughout the year but of course the Stella Prize, which directly aligns with our driving philosophy, is particularly dear to our hearts.

By this I mean that according to my analysis, we had one more review posted this month than we did in February 2014. I’m happy! It would be lovely to have increased more (I’m not greedy!), but not going backwards is great. It was though an unusual month because, perhaps for the first time, the 29 reviews were for 29 different books. Intriguing. Anyhow, here are some observations:

Only one classic was reviewed in February – and in fact it was the only book reviewed that was published before 2000. It was Nan Chauncy’s They found a cave which has been published in the Text Classics series. British-born Nan Chauncy, who arrived in Tasmania with her family when she was 12 years old, wrote fourteen children’s books. They found a cave, published in 1947, was the first of these. Reviewer Jennifer Cameron-Smith wrote that she “first read this novel (and then saw the film) during the 1960s” and loved it because it was a story about resourceful children managing a difficult and dangerous situation. She realises that some aspects, particularly to do with the discovery of indigenous remains, may be culturally insensitive today, but says it’s still worth reading (or rereading).

Since Hartnett is our only multiply-reviewed author this month, I figure she’s worth a section on her own. Hartnett is one of Australia’s most versatile writers having written successfully for adults, young adults and children, including picture books. Indeed, in 2008 she was awarded the Astrid Lindgren Memorial Award, Sweden’s most significant award for children’s literature. She has written around 24 books, and has been shortlisted for and/or won several children’s and adult literary awards.

Surrender (2005), one of the two reviewed this month, is a young adult novel that comfortably crossed over to adults. It was shortlisted for the Age Book of the Year Award and the Commonwealth Writers’ Prize. Dani (Tea and Penguins), who reviewed it as part of her Popular Penguins reading program, found it an intriguing book, saying:

The story of Surrender is one of a young boy angry and alone and searching for refuge or retribution. It could be anywhere, but Hartnett has made it very, very Australian.

The other Hartnett book reviewed was Butterfly (2009), which is also young adult fiction that has crossed over well to adults. Brona (Brona’s Books) is clearly a Hartnett fan though she said that when she picked this up she wasn’t in the mood for a coming-of-age story. She prefers Hartnett’s more “fable like stories”, but, she says:

the thing about Hartnett is that she has a sly and subtle way of getting under my skin.

Even when I’m feeling resisitant or distracted, a few pages into her world & I’m hooked – just like that!

It has an ambiguous ending which Brona doesn’t give away in her blog, but would dearly love to discuss. (Just identify your comment as a spoiler, she says!)

Three indigenous authors were reviewed this month, all of whom have been winners of the David Unaipon Award for an unpublished work by an indigenous writer – Tara June Winch, Marie Munkara, and Ellen van Neerven.

Candace (Candace Writes) was impressed by Winch’s Swallow the air (2007), describing it as

a cleverly placed together collection of short stories that tells the tale of a young girl looking for her place in the world.

She says it’s a book that can take you on “a journey of heart and soul”.

Interestingly, all three books comprise short stories, some of them more connected than others. Marie Munkara’s Every secret thing (2009) was reviewed by Jo (Wallaby). It’s about the  relationship between a bush mob and a mission mob in northern Australia, and is told through stories, many of them humorous, but with an increasingly dark undertone. Jo says:

We have far too few stories about the mission mob/bush mob interaction from the perspective of the bush mob. What I think is particularly valuable about a book like this is that it treats the bush mob’s life pre-mission-mob as the baseline …

She argues that it’s a must-read for all Australians.

The final review of an indigenous author’s work is mine of Ellen van Neerven’s Heat and light (2014). Longlisted for this year’s Stella Prize, it too comprises stories. However, they are divided into three very separate sections which do not cross-over between each other except in terms of broad indigenous themes. The first section, “Heat”, comprises interconnected short stories about three generations of an indigenous extended family; the second, “Water”, is a futuristic longform short story which explores dispossession and otherness; and the third, “Light”, comprises ten separate short stories exploring people at crossroads in their lives. Put like this, it sounds a bit of a jumble, but it works well, because the writing and the stories are strong, and they manage to present an all-encompassing whole.