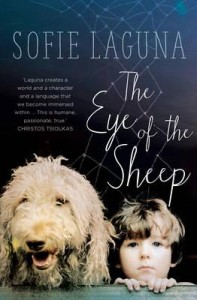 June is a big month on the Australian literary calendar because it is when the Miles Franklin Literary Award is announced. As Paula Grunseit has already posted here on the challenge, it was won by a woman, Sofie Laguna, with her The Eye of the Sheep. It wasn’t reviewed for the challenge this month, but to date it has been reviewed four times. I expect we’ll see more in the coming months.

In July we will see the announcement of the two Nita B Kibble Literary Awards for Women Writers. Watch this space.

A quick look at June

Just 29 reviews this month, a little fewer than in recent months, but still respectable. With July being very cold, in my neck of the woods at least, I’m hoping we’ll see the review count rise again. After all, who wants to go out in the cold when you could snuggle on a sofa with a good book by an Aussie woman? Anyone?

Just one classic was reviewed this month, and it’s an unusual one (about which I’ve posted here before). You see, Elizabeth Harrower’s In certain circles was only published last year. However, we include it in this category because it was intended for publication in 1971, before Harrower suddenly withdrew it. Nothing more by Harrower was published until her previously published novels started appearing after 2012 in Text’s Australian Classics series. With the excellent reception these books received, Text clearly managed to negotiate the publication of this one too.

Michael Richardson, writing for the Newtown Review of Books, was impressed with its “unflinching prose and the surgical precision” though identifies some “warts”, particularly in the way it transitions between time periods and in the flatness of some minor characters. Like her other works, power, class differences and, above all, gender are its main concerns. It’s a book I need to get to.

It’s some time since I featured what is always the largest subset of books in my area, General Fiction. We define this, for the purposes of the challenge, as non-genre fiction set after the middle of the twentieth century. It’s not surprising, really, that the majority of literary fiction falls into this category – and this month, nearly half the reviews were for books so classified. I can’t cover them all so will select a representative few.

One of our small band of regular male reviewers, Jonathan Shaw, reviewed Lisa Gorton’s The Life of Houses. She is a poet and has written a novel for younger readers, but this, Shaw writes, is her first novel for general readers. It takes place over a week, and tells the story of Anne, a gallery owner, who, while her husband is away, sends her daughter off so she can spend time with her lover who wants her to leave her husband. It sounds intriguing, and so is Shaw’s review! Go check it out.

Debbish reviewed Marion Halligan’s latest novel. Just released in May, Goodbye Sweetheart, focuses on the aftermath of death, exploring how wives (yes, three), children and siblings react to the death of William. Surprisingly, Debbish hadn’t heard of Halligan before but she comments that she loves English writer Anita Brookner. She writes:

Not a lot happens in some of her [Brookner’s] books. The CliffsNotes would be brief, but I find myself enchanted by the beauty and rhythm of her language. Halligan’s writing very much reminds me of Brookner’s.

Given she feels that way, Debbish has a treat in store if she decides to explore Halligan’s oeuvre.

Janine Rizzetti reviewed Amanda Lohrey’s A Short History of Richard Kline. Unlike the previous two books, it has a male protagonist and is about, Rizzetti writes, the spiritual journey undertaken by “a desiccated man” seeking “meaning”. Rizzetti enjoyed most of the book but says she was uncomfortable with the “confessional genre”. She includes links to other reviews of the book to provide other perspectives.

Two books reviewed this month provide insight into the lives of writers. One is the recently published biography of Thea Astley, Karen Lamb’s Thea Astley: Inventing Her Own Weather. Writing for the Newtown Review of Books, reviewer Suzanne Marks says:

The first full biography of Australian writer Thea Astley is a rollicking read that reveals a complex maverick who pushed against both the limits of her time and her own doubts.

For those of you who don’t know, Astley won four Miles Franklin Awards, a record only equalled by one other writer, Tim Winton, when he won for Breath in 2009. Marks found this biography “compelling, compassionate and convincing”.

The other book, First Things First, was reviewed by me. Not a biography, it’s a selection of letters by poet and author, Kate Llewellyn, edited by Ruth Bacchus and Barbara Hill. Letters aren’t for everyone, as they can’t help but be one-sided and disjointed. However, Llewellyn is such an honest and evocative writer, and provides such insight into the struggles involved in making a living from writing, that I found it a fascinating read from the beginning. It has given me an increased understanding of what our writers go through to produce all those books we love to read.

I haven’t of course mentioned every book reviewed this month, but you can now search all the reviews posted for the challenge on our Books Reviewed page. You can narrow the search to June by entering the appropriate dates in the search boxes.