In Conversation With… the Viva La Novella 2015 winners: Jane Rawson 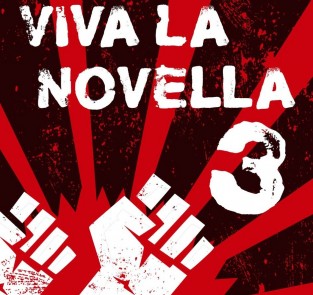 The Viva La Novella competition is run every year by Seizure Online. Three emerging editors are asked to read and judge submitted novella manuscripts each between 20,000 and 50,000 words long and choose a winner each.

Each winner then gets a cash prize, their manuscript edited and published in both print and digital formats and launched at a fantastic event. It’s all part of keeping the novella form of publishing alive and well.

It takes great skill to tell a cohesive and entertaining story in under 50,000 words – longer than the short story form, shorter than the novel. How do you create a world, populate it with fleshed out and believable characters and then manage to get a plot going?

Out of 130 or so entries, three were chosen this year. And they happened to all be female writers. On August 21 at the Melbourne Writers Festival, the three winners were revealed and the books launched. In the coming weeks we will be posting interviews with each of the three winners.

This week we start with the not quite new to being an author winner Jane Rawson. Despite having self confessed nerves about never having had any “proper creative writing training” Jane has now published three books, the Viva La Novella winner Formaldehyde, her debut work reviewed earlier A Wrong Turn At The Office of Unmade Lists, and more recently a co-authored work on climate change. A Wrong Turn more recently won The Most Underrated Book of the Year Award and just a few weeks ago, she wrapped up an initiative to raise funds for the Indigenous Literacy Foundation via the Just Readathon.

I was quite thrilled to be one of the editors and judges for Viva La Novella 3 and to get to work with Jane on Formaldehyde, a book that makes you question at what point you actually are considered a person and alive and how flexible and fluid the concept of your identity can be. It’s also a book that made author, editor and publisher continually feel like they were five years old and playing in a sandpit and totally disgusted and yet totally fascinated at the same time by everything gruesome possible. It’s called Formaldehyde for a reason, folks. But it is still a fun read. Jane Rawson, author of A Wrong Turn At The Office Of Unmade Lists and Formaldehyde

You can listen to the edited version of the interview here:


As always, your prone to fits of laughter hostess/interviewer is Marisa Wikramanayake, whom you can harass at her website or on Twitter.

You can find out more about Jane Rawson at her website including links to buy all her books: A Wrong Turn at the Office of Unmade Lists, Formaldehyde and The Handbook: A guide to living with and surviving climate change. You can also tweet at her copiously.

Next week, keep an eye out for our interview with our next Viva La Novella winner as well as video footage of the launch event.