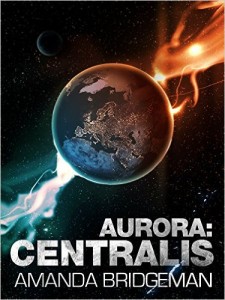 Another quiet month this August. We had ten reviews of various books that fall into the spec fic category. As per usual, most of them were some form of fantasy, but let’s start with the science fiction books. First off Elizabeth Fitzgerald has been continuing her reading of Amanada Bridgeman’s series with Aurora: Centralis, the fourth book in the series. Apparently this is a middle book of an anticipated eight in the series and Elizabeth writes:

On the whole, I found it an interesting set-up to the second half of the series. The ending packed quite an emotional punch and I’m keen to see how things play out from here.

The next, alphabetically speaking, book reviewed this past month was Peacemaker by Marianne de Pierres. Mark Webb got his review in comfortably before the sequel comes out in October. He writes:

The book is set in future Australia, where urban sprawl has gone to an extreme. Ranger Virgin Jackson works in Birrimun Park, a sort of US Wild West style theme park, which also happens to be some of the only outback land still accessible to citizens. Jackson is self reliant and somewhat anti social. She seems to like her life, but it gets overturned when she comes across a murder in the Park. The rest of the novel follows her attempts to find out what is going on around her. Finally on the science fiction front, Annabel Smith reviewed Amanda Hickie’s An Ordinary Epidemic, which follows a pandemic from the vantage of suburban Sydney. Annabel writes:

An Ordinary Epidemic is a tense, gripping, claustrophobic story of human nature in desperate times, which had me stocking up on beans and rice.

Continuing in an alphabetic fashion — interesting that the science fiction authors all came early in the alphabet — the first few fantasy books I’m going to mention were meaty BFF (big fat fantasy) books. Dreamer’s Pool is actually a bit of a fairytale mystery — which I liked. Unlike the current trend in modern epic fantasy, this tale has a narrow and localised focus; it’s about ‘real’ people dealing with real and very personal issues. There are no grand battles and there is virtually no politicking. It’s about friendship and second chances and loyalty and healing. All wrapped up in a haunted air.

Next Tehani strikes again with short reviews of DK Mok’s Hunt for Valamon and Amanda Pillar’s Graced. Then Brenda comes along with a review of Never Forgotten by Stacey Nash, of which she writes:

I’ve been looking forward so much to Aussie author Stacey Nash’s third book in the Collective series and Never Forgotten is a great follow on to books one and two. Fast paced and filled with tension, the plot is intense; Never Forgotten is told in the voices of both Jax and Mae. I hope there is a book four to follow! My only slight criticism was an occasional choppiness to the story along with the teenage angst which was a little drawn out. That said, I have no hesitation in recommending this novel highly to fans of the speculative fiction genre, though I do recommend reading the series in order. And finally, to round everything out we have Lou Murphy reviewing The Bitterwood Bible and Other Recountings by Angela Slatter, a collection of linked short stories. She opens her review with this:

In this prequel to Sourdough & Other Stories (2010) Slatter proves herself to be a master storyteller, offering a compendium of bittersweet tales to be devoured with relish. Weaving reappearing characters and their journeys through a landscape as bleak and unforgiving as it is psychically familiar, the 13 stories chart juicy plotlines of misguided love, sacrifice, and revenge.

And that’s it for this month! Did something catch your eye? Was there a book missing that you’ve been dying to read? In either case, read it and submit your book for next month!