Childrens and Young Adults: Round Up One – 2016 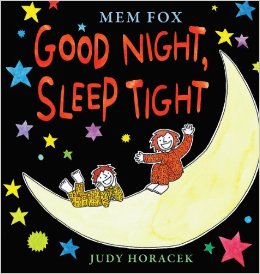 Welcome to 2016. There’ll be some slight changes to my round ups this year as I tackle Young Adult Speculative Fiction along with non-Speculative Fiction. I’m looking forward to discovering more books, authors and reviewers this way! There was only one children’s review since the beginning of 2016, with Louise at A Strong Belief in Wicker reviewing Mem Fox’s Good Night, Sleep Tight. This book focuses on early literacy, weaving 7 nursery rhymes together with a linking narrative.

“Good Night, Sleep Tight is a perfect gift for new babies. It comes in a sturdy board book format too, to stand up to the many readings that will ensue.”

The Young Adult reviews spanned a wide range of books, with (surprisingly) only one book reviewed twice. Justine Larbalestier’s Razorhurst mixes history, ghosts and crime to create a story well received by those who review it. Mark Webb was struck by the authenticity of the writing, as well as the way it prompted reflections on how things have changed:

Jennifer Cameron-Smith was also struck by the way the book’s setting was brought to life:

“This is a violent and gory novel, representing the time and place in which it is set. While it is aimed at YA readers it is well worth reading by those of us no longer able to claim to be young adults.” Another book reviewed by Mark Webb was Zeroes, by Scott Westerfeld, Margo Lanagan and Deborah Biancotti. Mark admits that he originally picked up the book to be a Biancotti completist, but found himself in the midst of a very enjoyable reading experience.

“All of the characters are flawed, there are no pure heroes to be had here. Greed, narcism and one character who is worryingly sociopathic – a full range of negative emotions and motivations are on display. So, I was surprised to find myself feeling a real connection to this set of characters – as a reader I wanted them to overcome their limitations, wanted them to become better. And the authors skilfully guide the character development to a satisfying payoff. No-one qualifies for sainthood by the end of the book, but there is real growth across what is a large cast of characters.”

Like Mark, Shaheen from Speculating On Specfic looked at two books. She started with Illuminae by Amie Kaufman and Jay Kristoff, a story of intergalactic war, AI, explosions and romance. Shaheen nominates this book as one of the cleverest books she read in a long time, noting that it definitely lives up to the hype accompanying it.

“With its gorgeous artwork and unusual presentation, Iluminae is a feast for the eyes. It’s a vivid, emotional, exciting read that will hook most readers. It’s the best thing either of these authors have written so far.”

Shaheen also looked at The Cracks in the Kingdom, the second instalment in the Colours of Madeleine series by Jaclyn Moriarty. This book follows up after A Corner of White, and has a search for a missing family while dealing with a looming war.

“My favourite aspect of this book – and trust me, it’s hard to pick just the one – is its characters. The protagonists are superbly imagined – Elliot and Madeleine fly off the page and straight into your heart.”

Moving to historical fiction, Brona reviewed Just a Queen by Jane Caro – a fictionalised look at Queen Elizabeth I’s first 25 years as the Queen of England. Brona notes that this is a thoroughly researched and convincing version of the real life story:

“Elizabeth is a strong, dynamic, complex protagonist. Caro takes the time to show us how daunting it must have been for a woman to rule during such patriarchal times. She gives us some insight into the daily life of women during Elizabethan times – just enough to make us truly thankful for our more enlightened, modern times.” There’s three recently released books which are getting a fair amount of attention at the moment, including reviews at Dark Matter Zine. Summer Skin by Kirsty Eagar explores a girl meets boy story while examining how that works in a modern world and what modern romance really means.  My Sister Rosa by Justine Larbalestier tells the story of Che, who’s been dragged across the world to live and can’t seem to get anyone to understand his fears about his sister.

“My Sister Rosa is a psychological thriller that kept me on the edge of my seat, reading from start to finish this morning because I had to know what happened until I finished less than an hour ago. The sense of impending doom overshadowed all. It will take some time to truly absorb My Sister Rosa and more time to recover.”

Glenda Millard’s The Stars at Oktober Bend is the story of Alice Nightingale who is 15, but diagnosed as ‘forever 12’ due to an acquired brain injury.

“I cried while reading The Stars at Oktober Bend. Mostly I cried because of kindnesses, of healing: from a dark event emerges love and life and a shift in perception. But, sometimes, I cried for the characters’ grief.

It’s wonderful to kick off the year with so many wonderful books and reviews. I hope to see many more added to the collection as the year goes on!

thers hinting that I am supposed to ‘grow up’ at some point, books for young people continue to play a huge part in my reading life. This has served me well, when I became a teacher and was known for always having a book recommendation at hand. I’m currently enjoying the rich world of picture books with my three year old, revisiting some of my favourite authors and reviewing books when I manage not to lose my blog . . .