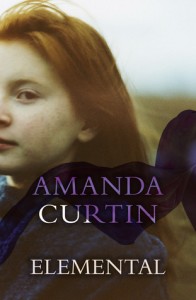 Hello everyone. The filter table for the month of March says:

Elemental by Amanda Curtin is about “Meggie Tulloch, a woman born in the late 19th century to a traditional fishing family on the north-east coast of Scotland, who tells her life story to her granddaughter — affectionately addressed as “lambsie” throughout —  in a series of three notebooks entitled Water 1891-1905, Air 1905-1909 and Earth 1910-1932.”
Kim at Reading Matters observes: “In telling the story of one woman’s life from cradle to grave, Curtin is able to chart historical changes as well as the ways in which a person’s own relationships — with family, with friends, with colleagues and loved ones — alter over time.” For me as a reader this is a very important but underrated talent and I hope to read this book soon.

Now I’m going to be a bit of a Nazi and exclude two books this month according to the rules laid down by the Australian Women Writer’s Challenge. One obvious rule is that the writer is an Australian woman writer. I’m prepared to be corrected but I can’t see that Harmony Verna is an Australian. Her bio on her website suggests she definitely lives and writes in the US. There is no mention of an Australian birth and/or childhood. I am happy to be corrected so look forward to comments from all of you as I expect this won’t be the first and only review of Daughter of Australia. The second book I am excluding is The Golden Day by Ursula Dubosarsky. This young adult novel is set in a Sydney girls’ school in the 1960s. For the purposes of the Australian Women Writer’s Challenge historical fiction is set pre mid 20th century which to my mind rules out the 1960s. Again I welcome comments.

After that digression I am going to travel back to our earliest set book which is another one I would like to read – The Scandal of the Season by Sophie Gee. “London, 1711. As the rich, young offspring of the city’s most fashionable families fill their days with masquerade balls and clandestine court-ships, Arabella Fermor and Robert, Lord Petre, lead the pursuit of pleasure.”
Sounds like fun. Catsalive on Goodreads concludes: “I think Gee has done extremely well at evoking time, place, mores & attitudes of the time. Entertaining & historically believable.”

Move forward to that auspicious year 1788 and we have Serpent Dust by Debra Adelaide. “In this novel, Debra Adelaide writes of how the Europeans and the Indigenous Eora people met when the First Fleet sailed into Port Jackson in 1788. And, within two years of the First Fleet’s arrival, the Indigenous people who watched the First Fleet arrive had been decimated by smallpox.”
Jennifer Cameron-smith at Goodreads writes: “...this novel is not just about the transmission of a disease which proved fatal to so many Indigenous people, it is about assumptions, about how small things can have unintended and horrific consequences. It is about two very different cultures, both displaced, and about some of the individuals within both cultures.”

Advance another few decades to the Regency period and we have Lady Helen and the Dark Days Club by Alison Goodman, the first in the Lady Helen series. “London, April 1812. Lady Helen Wrexhall is set to make her debut at the court of Queen Charlotte and officially step into polite Regency society and the marriage mart. Little does Helen know that step will take her from the opulent drawing rooms of Mayfair and the bright lights of Vauxhall Gardens into a shadowy world of missing housemaids and demonic conspiracies.”
Alex at Goodreads observes: “All the essential ingredients are here for a satisfying read for an adolescent standing on the precipice of adulthood. Parents have been successfully dispatched to the next world, an odious uncle controls the heroine’s inheritance and there are two suitors for the heroine’s romantic attention.” And this is just the first book in the series!

Now we come to the subject of a lively book talk I attended on Saturday – the collaboration of Meg and Tom Keneally on the new Monsarrat Series beginning with The Soldier’s Curse. “Gentleman convict Hugh Monsarrat hungers for freedom. Originally transported for forging documents passing himself off as a lawyer, he is now the trusted clerk of the Port Macquarie penal settlement.”
Julie at Goodreads writes: “Keneally adds a unique fresh voice to this genre which I believe has lots of scope for more quality stories such as this.”

It is Anzac Day soon and it’s good to see a very different look at the Gallipoli legend – Evan’s Gallipoli by Kerry Greenwood of Phryne Fisher fame. “Fourteen-year-old Evan Warrender travels with his father to the Dardenelles, to provide succour to the Allied soldiers. When they are captured by the Turks they are launched into an epic journey.”
Brenda at Goodreads concludes: “What a unique and fascinating book Evan’s Gallipoli has turned out to be! Narrated in Evan’s voice and told in day by day diary entries, it is a wonderful story which tells a different side of the Great War.”

On to my favourite decade – the Twenties with A Kiss from Mr Fitzgerald by Natasha Lester. It’s 1922 in the Manhattan of gin, jazz and prosperity and Evie Lockhart wants to become a doctor.
Michelle at Beauty and Lace concludes: “Overall this book was an engaging read with some interesting twists and a touching emotional journey. If all Lester’s writing is of this calibre I will definitely be keeping an eye out for her other books.”

And now to wrap up with a book “that crosses continents and centuries to bring stories of hope amidst darkness, compassion amidst cruelty, all bound together by the discoveries made by a young Australian woman restoring an ancient Hebrew book” – People of the Book by Geraldine Brooks.
Calzean at Goodreads is ambivalent. “There are too many coincidences in the current day story of Hanna that gives the book a soap opera feel.
The sections that reenacted parts of the Haggadah’s story were the highlights of the book…The persecution of minorities and women, the failure of religions to accept differences and greed shine through.”

Well the weather is getting colder and the days are shorter and now there is no excuse not to curl up with a good book. I’m looking forward to reading all your reviews for April. Keep them coming.