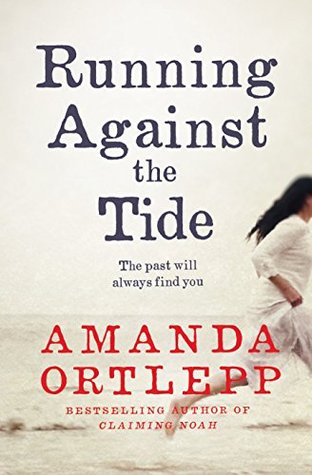 In my last post I commented on far-flung settings. For this catch-up, we continue that theme, with one book set in a coastal town of South Australia and two others set off the coast of Tasmania.

Amanda Ortlepp’s Running Against the Tide, has been well-reviewed by challenge participants, attracting five reviews so far. Bernadette at Fairdinkum Crime discusses the book’s setting:

Although set in a fictitious town Amanda Ortlepp’s Running Against the Tide takes place in a very recognisable rural South Australia. The small Eyre Peninsula town of Mallee Bay is dominated by the oyster farming industry, local tourism and a sense of community (or the horror of everyone knowing everyone else’s business if you’re reading the book with my a city person’s eyes). Remembering the place fondly from her childhood holidays Erin Travers relocates there with her sons Mike and Ryan when her Sydney life collapses…

I spent my share of childhood holidays in a town called Coffin Bay which is on the same peninsula as Ortlepp’s fictional creation and I recognised many of the qualities she depicts. We get a sense of the town’s geography, including its heavy reliance on the sea for what it contributes to the local economy, and the people who make up the community. (full review here)

I can recommend this book to lovers of suspense, along with the author’s debut, Claiming Noah.

From South Australia, we move to Tasmania, the setting for Robyn Mundy’s Wildlight  (2016). Carolyn on Goodreads writes:

[T]his is a coming of age story as [the protagonist] Stephanie grows up during their sojourn and realises what she wants to do with her life. She also meets Tom, a young fisherman and has an impact on his life. The author very evocatively described the little patch of south west Tasmania where this story is set and has done her research well. Without ever being to Maatsuyker Island, I can perfectly visualise the ruggedness and the windswept cliffs with the lighthouse and weather beaten cottages clinging tight, and the huge seas swept up from the Southern Ocean during a storm to beat at the coast. Mostly this is a gentle, slow moving story with the island itself the major star.

On the cover, there’s a quote by Favel Parrett: “So beautifully written, Wildlight is about first love and how the wilderness can shape and save us. A wonderful novel.”

Parrett’s debut novel, Past the Shallows (2011), also set in Tasmania, was nominated for the 2012 Miles Franklin and won the Dobbie Award for that year. Given her ability to vividly evoke the Tasmanian coast and its environs, I’m not surprised she loved the setting of Wildlight.

Coincidentally, Parrett’s second novel, When the Night Comes (2014), was reviewed by Kim Forrester at Reading Matters for the challenge earlier this year. Kim writes:

Favel Parrett’s When the Night Comes is one of those lovely, gentle stories that demands nothing of the reader — except to let the quiet, bare-boned prose wash over you.

Set in 1986, largely in Hobart, Tasmania and on the Antarctic ice-breaker Nella Dan, the story charts the friendship between two unlikely people: Isla, a young teenage girl, and Bo, the Danish crewman who boards with her family when he’s not at sea.

It is a story which, Kim writes, contains “emotional truths”:

For Isla it’s all about working out whom she can trust and discovering that not all grown men are violent or unpredictable as per her estranged father; for Bo it’s about reconnecting with the things that his papa loved so much — nature, the sea and the camaraderie to be found onboard ship. (Full review here.)

From the antarctic wilderness we go to the wilds of suburbia and Julie Proudfoot’s novella, The Neighbour (2014). As Sue from Whispering Gums notes, this novel was the winner of Seizure magazine’s Viva La Novella Prize in 2014. Having enjoyed the book when it came out, I was interested to read Sue’s take on the story. To my delight, she describes it as “an Ian McEwan style page-turner”. She writes:

By this I mean it starts with a dramatic event which sets in train actions and reactions as the characters struggle to come to grips with the event, with its impact on themselves and their relationships, and with the way it exposes secrets and past traumas…

The neighbour is a novel about psychological disintegration brought about by grief and guilt, and about the tension that ensues when one wants to forget, another wants to remember, while yet another wishes to atone. Grief, we see, is a personal, private thing, and particularly so when it is bound up in a secret that prevents its full expression. (full review here)

What a great read!