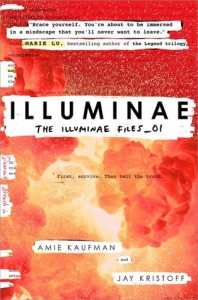 Welcome readers to 2017 and to an overview of all the speculative fiction that was reviewed as part of the Australian Women Writers Challenge in 2016. We received 202 reviews of 134 books by 97 authors throughout the year. Good job, everyone! You can see the full list of spec fic reviews for 2016 at this link.

In looking back over 2016, I want to highlight the books and authors that have been most popular, but also not overlook books that maybe haven’t been as widely read but are still worthy of notice (as all books are). As such, here is a list of all the authors that garnered at least three submitted reviews for the 2016 challenge. I have included a link to a review for each. And because popularity isn’t everything, here are some authors you might want to consider adding to your 2017 challenge, but which didn’t get as many reviews in 2016: And that’s probably enough for you to be getting on with. Don’t forget, our Books Reviewed page (with search by categories) can be a practically limitless source of recommendations, too.

What were your favourite AWW reads of 2016? Did they make either of the lists above? Tell us in the comments!