February 2017 Round Up: General Fiction 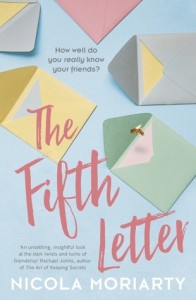 Welcome to the second round up for General Fiction for 2017, and a thank-you for Katt who kindly led by example with her piece in January. A short bio: I am Christine Sun, a bilingual writer, translator, reader and reviewer based in Melbourne. I review books by emerging and established authors, both male and female, in Australia and overseas, via my blog Voices under the Sun. I also promote English-language authors, literary agents and publishers to the Chinese World.

First a few stats. Linked to the AWW challenge database during February in the General Fiction (Adult) category were the following: With that said, below are some highlights from the reviews. If you are interested in finding more general fiction books by Australian Women Writers that are reviewed in February, please check out our public “Book Reviewed” page (filtered for the genres and dates covered). Kate @ Booksaremyfavouriteandbest reviewed Lily Brett’s Lola Bensky (Penguin Australia, 2012), the “story of an Australian rock journalist who is sent to London in 1967 to interview Hendrix, Jagger and Joplin, to name a few”. Having read Brett’s The Auschwitz Poems (1986), Kate considered Lola to be “almost a memoir”. “The majority of readers didn’t ‘get’ Lola, criticising her for being more concerned about the size of her thighs than interviewing [the celebrities]. Those readers have missed the point,” she asserted. Instead:

Lola’s preoccupation and shame over her weight is tied to the fact that her parents, Renia and Edek, starved in a German concentration camp during WWII. Lola’s survivor’s guilt is ever-present – in her eating, her interviews and her relationships… Lola Bensky is…a story about finding your place in the world, control, and belonging. Brett doesn’t overplay the coming-of-age element – instead, we witness Lola calibrate her experience of the superficial and carefree music scene in London, against the lives of her parents, who, despite making a new home in Melbourne, would always bear scars. Meanwhile, Janine Rizzetti (Resident Judge of Port Phillip) complained that her local library has wrongfully labelled Josephine Wilson’s Extinctions (UWA Publishing, 2016) as “science fiction”. Instead, this winner of the 2015 Dorothy Hewett Award is the story of 69-year-old Fred Lothian whose neighbour in their retirement village, Jan, “keeps many budgerigars, much to his disgust”. As Janine put it, Fred eventually “comes to find that [Jan] is much more than this, and she brings him to the point where he is forced to face many of the silences and blockages in his life”:

It is suggestive of Fred’s own mental scattiness that the book jumps abruptly in time and perspective, and Wilson succeeds well in withholding and revealing information, making the reader work hard in establishing events. You don’t have to work too hard, though, and I realised at the end of the book just how cleverly Wilson had constructed the narrative. There’s multiple themes and metaphors woven throughout the book – teetering almost on too many. There’s the Stolen Generations, genocide and extinction, adoption, domestic violence and its intergenerational effects, regret and the fissures in family relationships. This sounds a rather grim menu, but it’s leavened by little touches of humour over our shared human foibles.

Finally, both Robin Elizabeth and Linda Godfrey reviewed Jane Rawson’s From the Wreck (Transit Lounge, 2017). It is rewarding to compare the considerably different approaches they have adopted in examining this book. While Robin acknowledges that Rawson “takes her unique approach to historical fiction [and] is known for playing with form and function within narrative structures”, Linda is straightforward in pointing out that “Rawson says that she began this book as an attempt to record and make sense of historical facts from her family’s past… Where she takes that story after that bald fact is stellar, or maybe I should say interstellar”. Linda’s review invites readers to grab a copy of From the Wreck and start reading it immediately, but Robin’s analysis helps to guide them through a literary map on which Rawson’s writing is patiently and adequately positioned.

(Linda) This book is very much about interconnectedness and politics. It’s about how humans are convinced in their thinking that they are dominant species on the planet, that they have dominion over all animals and environments… The planet was once all ocean and all life consisted of ocean creatures; humans have evolved from ocean creatures that became other animal forms. George’s cannibalism emphasises this point: we all feed off each other. What are we doing in our world today, but using other species as fodder: killing them, denying them safe, clean places to live free of violence, rejecting those who are deemed “not us”? People and animals are sacrificed to feed the desires of the dominators.

(Robin) Rawson…examines the sinking of [a] steamship off the South Australian coast in 1859 and concludes that there was possibly alien involvement. And what’s more, it is done in such a subtle and meticulous way that it doesn’t come across as being deliberately controversial or showy as elements of [Julian Barnes’] History of the World do… Now of course I can’t reference postmodernism and aliens without discussing how Rawson’s alien compares to Kurt Vonnegut Jr’s famous, and much loved, Tralfamadorians. There are similarities, in that these aliens are both distinctly not human… Overall From the Wreck is a gorgeous miasma of textures and time. It is quite simply sublime and a must read.

And that is the pleasure of reading book reviews – not only do we learn about the books, but we also get to know how these books are comprehended and critiqued by readers and writers alike. I look forward to reading more excellent reviews of books by Australian Women Writers throughout the year.

About Christine: Christine Sun is a bilingual writer, translator, reader and reviewer based in Melbourne. She review books by emerging and established authors, both male and female, in Australia and overseas, via her blog Voices under the Sun. Via her website eBook Dynasty, she also helps emerging and established English-language authors, literary agents and publishers to promote their titles as digital and print books to the Chinese World.