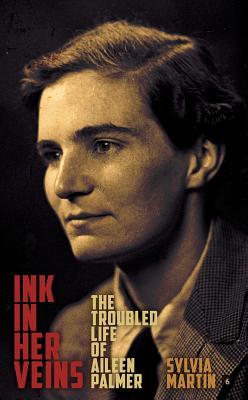 The following post by Ashleigh Meikle (co-authored by Elizabeth Lhuede) is the third in our occasional series highlighting small presses. It focuses on UWA Publishing.

University of Western Australia Publishing (UWAP) was established in 1935, 24 years after the founding of the university. In that time, it has published over 800 books over a range of genres, and has a special mission to support less popular forms including short stories and programs. With two imprints, UWAP Scholarly and UWAP Poetry, its present publishing program averages 30 books a year. UWAP also hosts the prestigious Dorothy Hewett Award for an Unpublished Manuscript, an award which supports literary talent both in and related to Western Australia. In 2015 it was won by Josephine Wilson for Extinctions. (You can read Janine’s (aka Resident Judge) review here.)

This year for International women’s day, UWAP released a pamphlet describing their efforts to promote gender equity and social progression. They write:

Between 2007-2017 we published 69 books about women, authored by both women and men. These include biographies, autobiographies and memoirs; feminist histories and cultural studies; poetry, art books and fiction.

They add that the UWAP team is 83.3% female. (You can see the entire list of books by downloading the pamphlet here.)

So how has the AWW challenge fared in reviewing books published by UWAP?

So far at least 23 UWAP books have been reviewed for the challenge. (The “at least” takes into account that books are variously described by AWW reviewers as from “UWA Publishing” and “UWA Press”, and because of this they’re not always picked up in a single search of the database.) Books reviewed range from On the homefront: Western Australia and World War, edited by Jenny Gregory (1996), Rosemary Lancaster’s Je suis Australienne (2008), Pamela Burton’s From Moree to Mabo and Simone Lazaroor’s Sustenance (both 2010), as well as more recent publications, including Carmel Bird’s Family Skeleton and Roanna Gonsalves’ collection of short stories, The Permanent Resident (both 2016). The UWAP author most reviewed for the challenge is Amanda Curtin, three of whose novels, The Sinkings (2008), Inherited (2011) and Elemental (2013) have been reviewed. (It looks like Amanda’s sue for another book out soon, doesn’t it?) You can find a list of the other UWAP titles reviewed on our database here. UWAP books that haven’t yet been reviewed for the challenge include (but are by no means limited to) the following:

Leaving Elvis and other stories by Michelle Michau-Crawford (2016), an author who won the 2013 ABR Elizabeth Jolley Short Story Prize. Leaving Elvis series of short stories that span seventy years – from the end of World War Two – and three generations, and show the many ways that Australia changed during the twentieth century.

Ink In Her Veins by Sylvia Martin (2016). Ink in Her Veins is the story of Aileen Palmer, a poet, translator, political activist and adventurer of the first half of the twentieth century. It explores Aileen working through the expectations of her parents, and the talent taken down by her experiences in war.

The Twelfth Raven by Doris Brett (2014). The Twelfth Raven is a memoir about life after several devastating medical diagnoses, and how Doris used her knowledge as a psychologist to explore brain plasticity and neurotherapy to help her husband. Have you read any UWAP books by Australian women which don’t appear here? Which UWAP book would you most like to see reviewed?