The Many Lives of M Barnard Eldershaw: Meg Brayshaw 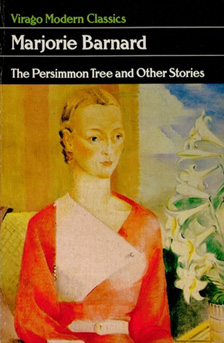 Australia’s most prolific literary partnership was born at the University of Sydney in 1916, when shy, intelligent Marjorie Barnard met Flora Eldershaw, a ‘dark-haired, vivacious girl, a fountain of energy, ideas and laughter’ (quoted in Dever). The pair began collaborating in 1927, when they commenced work on A House is Built, a family saga set in colonial Sydney during the dynamic middle decades of the nineteenth century. The book shared first prize with Katharine Susannah Pritchard’s Coonardoo in The Bulletin’s novel writing competition, and its publication in 1929, under the M. Barnard Eldershaw name, cemented the status of its writers as formidable figures in the lively Australian literary scene of the interwar period.

The subject of authorial collaboration is fascinating yet fraught: to some extent, it is difficult to imagine two people working together on a novel, a form most usually associated with solitary effort. Collaboration suggests certain fluidity and intersubjectivity, states of being very different to dominant images of literary creation, such as Jane Austen scribbling away in the corner and hiding her pages from her family, or Virginia Woolf writing in a room of her own. Nevertheless, with ‘two writing pads, two heads in close conference and then two pens scratching simultaneously’ (quoted in Dever 68), Barnard and Eldershaw produced in their twenty-year partnership five novels, three histories, a collection of essays on Australian fiction, and a variety of lectures, articles and stories.

As a librarian and teacher respectively, Barnard and Eldershaw worked full-time, and had to find time to write at night and on weekends. They were active members of the Fellowship of Australian Writers and Eldershaw played a role in the Commonwealth Literary Fund, working to secure grants for writers. In A House is Built, the three Hyde women embody the different roles and requirements of females in colonial society. Maud is the socialite and the public face of the family, Adela raises the heirs and manages the household, and frustrated Fanny longs for a permanent place in the family business. In the interwar period, Barnard and Eldershaw had to occupy versions of all three positions at once. Barnard expressed her frustrations at these circumstances in a letter to Nettie Palmer:

To work eight hours a day, travel for another two and after that perform the duties (and pleasures) of a daughter and amateur housemaid, leaves me little time and less mental energy to write. Miss Eldershaw is a rather worse case as teaching is a more exacting profession than library work. However, if we didn’t have to snatch it we’d probably never write. (quoted in Dever 65). The position of women in society remained a concern in much of their output. Barnard’s stunning 1943 collection, The Persimmon Tree and Other Stories, explores female self-identity in modern life, tracking issues of embodiment, loneliness and autonomy through finely-drawn portraits of women characters in an urban milieu which often seems determined to crush the life out of them. ‘The complex game of fashionable living,’ Barnard writes, ‘had to be played just right’: her stories suggest that if it isn’t, the results can be catastrophic (31). In the ironically named ‘Beauty is Strength’, Ida is at the salon, crumbling equally under the weight of the hair dryer and knowledge of her husband’s affair: ‘Competent hands shampooed her…and she felt as if the energetic fingers must break through her tired thin skull as if it were matchboard’ (34). In a devastating four-page sketch called ‘The Wrong Hat’, a woman goes to buy a new hat at her grown son’s insistence, but sight of the ‘jaunty and young’ headpiece above her ‘old and tired’ face confronts her with the unavoidable fact of her own mortality: ‘The hat jeered. It threw into pitiless relief every wrinkle and blemish. It marked the collision of two worlds. … She had seen the image of her own death, and in this one moment it struck more closely home than anything that had ever happened to her’ (65). The stories expose so heartbreakingly the myriad ways in which women’s lives are circumscribed by the rigors of everyday life.

Barnard and Eldershaw also deserve recognition for their role in legitimising the field of Australian literature. Their 1938 Essays on Australian Literature includes some of the first serious criticism on Christina Stead, Henry Handel Richardson and Katharine Susannah Pritchard, writers now recognised as among the country’s best. Like many of their generation, Barnard and Eldershaw believed writers should be socially engaged: they maintained that the wordsmith had more of a duty to participate in public affairs, because she had at her disposal better tools of communication than most. Their fourth novel, A Plaque with Laurel (1937) reflects their experience of literary politics. It concerns the ‘Australian Writers’ Guild’—clearly a metonym for the Fellowship of Australian Writers, of which Eldershaw would become the first female president in 1935—which has gathered in Canberra to honour a recently deceased member, Richard Crale. A well-executed discussion of writing, culture and politics humanised by interpersonal drama, the novel’s setting in the new national capital indicates the central role Barnard Eldershaw believed such issues should play in public discourse. No doubt the pair’s most compelling and important work is their final novel, Tomorrow and Tomorrow and Tomorrow (1947; 1983). Ambitious and experimental, the book was begun in 1941 and finally completed in 1944. From this vantage point, Barnard Eldershaw predict World War II will end in global catastrophe and the complete destruction of Sydney at the hands of its own citizens, an episode which is rigorously detailed in the book. As a compelling example of Australian apocalyptic fiction, in Tomorrow Barnard Eldershaw explore powerful and still relevant themes, problematizing notions of community, considering the violence of modernity, and exposing the power of fear to turn sensible people into savages.

Flora Eldershaw died relatively young in 1956; Marjorie Barnard lived until 1987 and went on to write histories and short stories until the 1970s. However, after Tomorrow, she never published another novel. That is a form which belongs only to M. Barnard Eldershaw, a name which has sadly passed into near-obscurity. In the interwar period, however, Barnard and Eldershaw dominated the conversation, along with a number of their fellow women writers. In their Essays in Australian Fiction, the pair wryly commented on this unique set of circumstances: ‘women had their spurs,’ they write, ‘before anyone thought of telling them they were incapable of doing so’ (1).