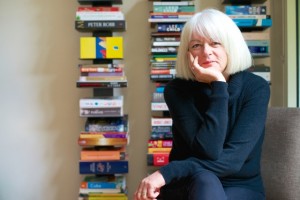 Welcome to Sunday Spotlight. Today we feature Tea Cooper, whose latest novel, The Currency Lass, was released in Australia on February 20th. When did you start writing and what was the catalyst?
I submitted my first fiction story in the mid eighties it wasn’t until 2012 I decided to stop procrastinating and try again. My first e-book, Tree Change, was published in November 2012.

How many novels have you written and published?
Twelve

How long on average does it take you to write a book?
Between six months and a year for a historical, less if it is a contemporary.

How has being Australian AND a woman impacted on your writing and/or writing career?
Enormously. I waited/procrastinated until my family commitments enabled me to write full time.

What authors and types of books do you love the most?
Long family sagas and historical fiction.

What is your favourite childhood book? Did reading as a child have any bearing on your decision to become a writer?
My grandfather gave me an illustrated copy of Hans Christian Anderson’s Fairy Tales when I was three and from the moment I opened it I wanted to write.

What inspired your most recent book?
A wonderful book called Circus – The Australian Story by Mark St Leon.

How much research do you do? As an author of Historical Fiction, how do you balance the demands of getting the facts right and telling a good story?
My books are set in Australia, mostly in Sydney and the Hunter Valley where I now live. There is a very active Historical Association led by an inspired historian who is a mine of information. We meet weekly and he, and many of the locals, regale me with titbits and answer my never-ending questions. Although I am writing fiction I like my stories to be feasible. I’m not ‘allowed’ to get away with much but we usually find a way around it. (Can I tell a quick story? In one of my books I drastically needed glass in the front window of the house because of the plot. At the time only one of the wealthiest settlers in the area had glass in their windows and my heroine was not wealthy. The house she was renting, fictionally, had however once been a brothel. Chief Historian ‘allowed’ me to have glass in the window because the brothel, which in fact operated over the road, made a lot of money and could have afforded glass!)

Do you read your book reviews? Do you appreciate reader feedback and take it on board, even if it is negative? How do you deal with negative feedback after spending so much time writing your book?
I do read all my reviews and I very much appreciate feedback. I believe that adding a short historical note at the end of the book often clears up historical questions that may arise. Ultimately not every book will appeal to every reader and as writers we must accept that.

How much planning do you do? Do you plan / plot the entire story from beginning to end, or let it evolve naturally as the writing progresses? In terms of characters, are they already a firm picture in your mind before you start writing or do they develop a personality of their own as the story progresses?
I do a lot of planning, not necessarily plotting. I like to say I use a jigsaw approach. It’s not until that last piece goes in and the first draft is completed that I can see the entire plot. I usually write the first ten thousand words without too much of an idea where the story will go. As I get to know my main characters it usually becomes clearer. (I say usually because no story is ever the same.)

Can you tell us something about yourself that not many people would know?
I have a scar through my right eyebrow. As a child I fell through a shop window, from the outside in – a shopaholic from way back.

If you could go back in time for a year, which historical era would you choose to live in?
The 1850s in my home town, Wollombi, it would help no end with research!

If you could sit down for an afternoon with an iconic person from history, who would you choose to spend that time with?
Without a doubt Mahatma Gandhi. I lived and taught in India for a year and his teachings have had a profound effect on me.

When did you discover the Australian Women Writers Challenge? Do you think the challenge has had any impact on the awareness and discoverability of Australian Women writers? Have you personally benefited in terms of exposure of your work to new readers?
I discovered AWW Challenge in 2012 and signed up. I have to admit that I didn’t complete it. I got side tracked by writing. I have watched the Challenge go from strength to strength — it’s brilliant. Reviews of several of my books have appeared over the years. Short Book Blurb:
Sometimes running away leads you right back where you started
As her father’s only heir, Catherine Cottingham expects to inherit their sprawling property in the Hunter Valley. What she doesn’t understand is why her father is trying to push her into a marriage to the pompous and repulsive Sydney businessman Henry W. Bartholomew.
When the will is read it becomes clear money, or the lack of it, lay behind her father’s plans. Catherine is mortified — as a married woman all her possessions will pass to her husband, the overbearing Bartholomew. Her only alternative is to wait until her twenty-first birthday and inherit the property in her own right, but can she elude such a determined man until then?
A chance encounter with a travelling circus and its fiery lead performer, Sergey Petrov, offers the perfect solution and Catherine escapes to the goldfields. But there is more to the circus than spangles and sawdust and Catherine finds herself drawn into a far-reaching web of fraud and forgery…