Childrens and Young Adults: Round Up Five – 2017 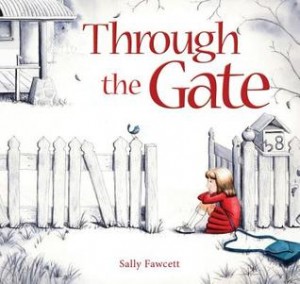 Welcome back to another month of reviews of books for Children and Young Adults.

Christine reviewed Say Yes: A story of friendship, fairness and a vote for hope by Jennifer Castles, a book which examines the 1967 Referendum which acknowledged Indigenous Australians and the friendship between two girls. Christine writes:

“This is not just a children’s book, as the use of plain descriptive words in different colours and sizes demands attention from both young and adult readers. More importantly, Say Yes as a book captures a moment in our nation’s history – an essence of our nationhood – when we shared the same desire to be united by one identity. The book encourages readers to reflect upon this meaningful event, particularly when we realise it was only one moment in the past and we still have problems at the present and more than ever need to keep hoping and working together for a better future.” Debbish found the right book at the right time in Through the Gate by Sally Fawcett. A book which looks at moving house and change was a great housewarming gift for her godson who was dealing with a time of change in his own life:

“And… Oh. My. God, it was perfect! Thankfully I’d read the notes before I started reading the book to Pickle so I could engage him in relation to the changes to the house and he was tremendously excited, pointing out the roof had been fixed, the old sofa had gone, the verandah palings were repaired, the path fixed and flowers planted.”

Amanda added Friends by Teena Raffa-Mulligan to the reviews this month. This book explores what it means to have and be a friend, an exploration told by a group of Australian animals:

“Raffa-Mulligan’s prose has a steady beat and is easy to deliver when read aloud, which is assisted by the strong use of rhyme. The text is nice and bold, as well as varied (my children and I loved the upside down text moments). It is clear from reading Friends that Raffa-Mulligan is well versed in writing for her target audience, primary aged children, as she has her finger on what ticks and how to draw her reader into the book.”

Sally reviewed Sleeping Dogs by Sonya Hartnett, a 1995 book which looked at the destructiveness of misguided family loyalties:

“Many of the characters in Sonya Hartnett’s young adult novels live outside acceptable human boundaries and none more so than in Sleeping Dogs. But Hartnett makes no apology for tackling hard-hitting themes in her writing, despite criticisms from some quarters for doing so. She claims her target readership is thoughtful teenagers capable of looking at the world closely. In refusing to be censored, Hartnett offers her readers the truth regardless of how dark that truth might be.”

Theresa looked at Jenna’s Truth by Nadia L King, a short story which digs into cyber bullying and which would be an excellent addition to schools:

“Nadia took a fairly common situation for teens, the desire to be popular, and wrote an entirely plausible story that rings true on multiple levels .. . The complimentary teaching and learning resources in the back take this story an important step further, turning it into a well put together project aimed at taking an active stance at cyber bullying prevention.” Julian reviewed 1914 by Sophie Masson, a story which looks at the early months of World War One from the perspective of the French-Australian son of an ambassador:

“For someone who has read much scholarly history and literature around this conflict, I found this a refreshingly unsentimental and yet moving account.”

“Ballad For A Mad Girl was a spine-tingling, engrossing read. Grace was a vivid character that jumped off the page. Her pain was palpable and her unravelling was depicted so realistically. Both unsettling and thrilling, this book will keep you guessing and on the edge of your seat until the end.”

“The writing was in one breath delicious and the next like a mouthful of dirt. The dichotomy distracted my inner editor, but placated her in equal measure. All to come together in a truly awe inspiring narrative voice. I’ve not read anything quite so ‘dystopianesque-Aussie’ before.”