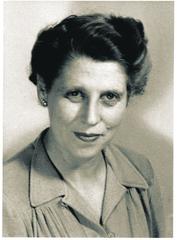 Australian writer Henrietta Drake-Brockman was a significant figure in her time, particularly in her home state of Western Australia, where she regularly featured in the social pages of newspapers. Her prominence in literary circles and on bestseller lists at the time she was publishing suggests she was widely read and indicates contemporary significance. She was writing at a time when Australian women writers were making their mark. Writing was one of the acceptable public platforms for women to have a voice in the developing modern nation. A 1935 article about Australian Author’s Week in the Australian Women’s Weekly declared:

“One of the major features of the exhibition of Australian books, which is, perhaps, the most interesting and surprising facet of Australian Author’s Week, is the number and importance of the volumes written by women”.

The article mentions Henry Handel Richardson, Katharine Susannah Prichard, Christina Stead, Marjorie Barnard and Flora Eldershaw, Ethel Turner, Mary Grant Bruce, Mary Gilmore, Dorothea MacKellar, Nettie Palmer and Drake-Brockman, amongst others. Some of these women have subsequently been included in the canon and recognised for their contributions to Australia’s literature; others, like Drake-Brockman, have largely fallen into obscurity. While there are a number of reasons that could account for this neglect, in this post (on her birthdate), I want to outline some aspects of Drake-Brockman’s career that demonstrate her significance to Australian literature, culture and identity.

An article in The Sydney Morning Herald in 1936 describes Drake-Brockman thus:

As well as devoting a great deal of time to writing, Mrs. Drake-Brockman does a considerable amount of national broadcasting. She plays tennis and swims with energy and enthusiasm, and is an excellent hostess in her rambling stone house at Peppermint Grove, one of Perth’s loveliest residential suburbs. She is the mother of two sturdy children—Julia, aged eleven, and Paris, aged eight—and she always keeps a piece of knitting on her needles. Mrs. Drake-Brockman is one of those lucky people who combine brains with beauty—she is slim, with fair hair and blue eyes, widely and somewhat unevenly spaced, and she possesses a flair for attractive frocking. (“Henrietta Drake-Brockman’s Second Novel” 28)

While this profile positions her as a writer, it also portrays a woman fulfilling (or performing) socially acceptable roles. Drake-Brockman considered herself a serious writer. She was active in literary circles and committed to producing a distinctive Australian literature. She was a foundation member (1938) and President of the Fellowship of Australian Writer’s West Australian branch. She promoted Australian writing in many ways, giving speeches and participating in radio broadcasts. Although she held a privileged place in society as a conventional married woman with a professional husband, Drake-Brockman’s writing was not centred in the domestic realm; it was outward-looking, interrogating contemporary debates and focused on remote areas of Australia that she knew well from personal experience.

Drake-Brockman’s work had a regional focus, which she used to explore national identity. Her first three books are set in Western Australia. Blue North (1934) and Sheba Lane (1936) are romance novels set in and around Broome in the late-nineteenth and early-twentieth century. Younger Sons (1937) is a generational saga focusing on Perth. Drake-Brockman knew North-Western Australia well, spending time in the region as the young wife of Geoffrey, an engineer and the inaugural Commissioner for the North-West. As they lived and travelled through the area, Geoffrey recalls that Henrietta became:

still more interested in the country, its problems, its people, its natives . . . [S]he practically pioneered a field since over-run with writers, and must certainly have been one of the first, if not the first, on-the-spot authors to record the North-West scene and characters. (The Turning Wheel 214)

Drake-Brockman’s fascination with the north-west never waned. In later years she travelled without her husband, writing for newspapers and magazines. She celebrated the uniqueness of the Australian environment in her writing. She travelled by plane, train and motor vehicle into remote areas of Australia being developed to increase “expansion and wealth” (“Water Means Wealth”, Walkabout, 1944, 5). The vision of the modern nation in her writing is utopian, full of potential and promise. For Drake-Brockman, “Australia is essentially a land of the future” (11) and she celebrated modern progress. She represented the remote north-west Australian landscape as brimming with potential for opportunity, development and progress. She was aware of the ways in which conventional genres could be manipulated to encompass broader themes and used these forms—romance, travel narratives, historical fiction—to mediate social comment. Her enthusiastic, engaging writing style made her texts popular and accessible to a wide audience with an appetite for knowledge about the further reaches of their country. Drake-Brockman’s interests also included stories from history such as the shipwreck of the Batavia off the West Australian coast in 1629, a tale that still attracts attention. The Wicked and the Fair (1957) was a fiction based on the wreck, and Voyage to Disaster (1963) was an historical account based on years of research. It was reprinted by Angus & Robertson as part of the Australian Classics series in 1982, and by the University of Western Australia Press in 1995. Popular author Peter FitzSimons’ Batavia (2011) retells the story and mentions Drake-Brockman in the introduction. The story of events surrounding this shipwreck was consuming for Drake-Brockman and she is credited with aiding the eventual discovery of the actual wreck, which had eluded exploratory parties for many years. The Fatal Days (1947) is another romance novel with a regional setting that Drake-Brockman used to explore broader themes, including the value of art in society and the effects of the presence of American troops stationed in Australia during the Second World War (in particular, in the town of Ballarat). A collection of short stories, Sydney or the Bush (1948) explores various aspects of Australian cultural life and reflects Drake-Brockman’s interest in “ordinary” Australians and national identity.

As this brief overview suggests, Drake-Brockman was a prominent mid-twentieth century writer who explored national identity through various genres across a range of publishing platforms. Her work is worth revisiting for what it says about Australia at a transitional time in its history.