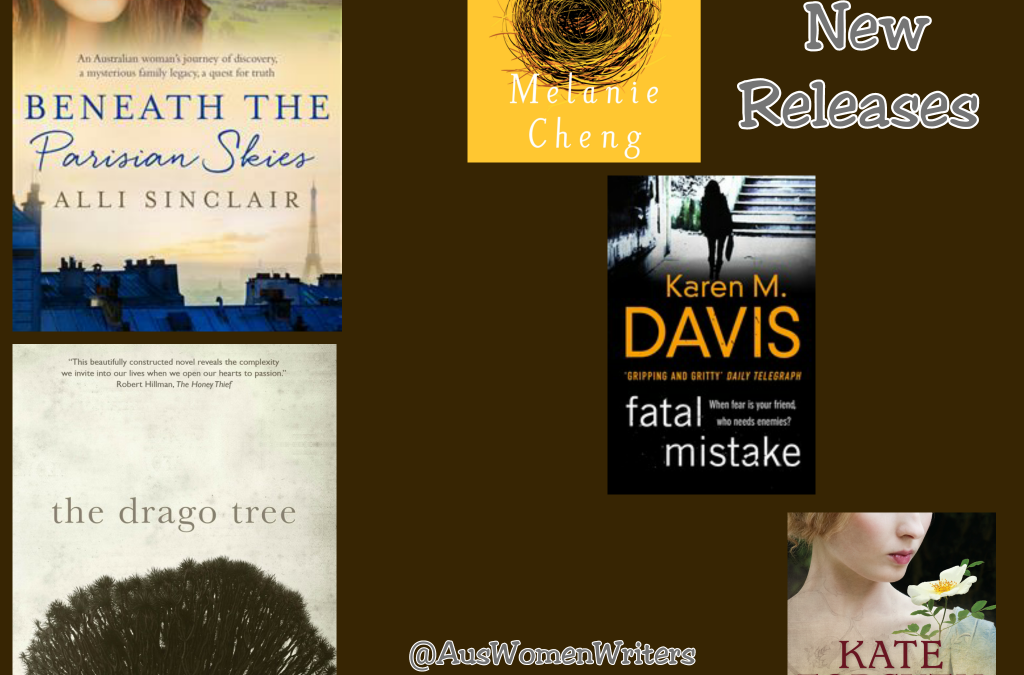 We’ve reached the middle of the year already, and it’s also the middle of winter. The perfect time to curl up with a new AWW release. Crosscurrents: Law and society in a Native Title Claim to Land and Sea by Katie Glaskin  (UWAP) – Nonfiction. Katie Glaskin is an Associate Professor at the University of Western Australia. She has extensive experience working in native title and was integrally involved in developing and teaching the first postgraduate qualification with a native title anthropology specialization in Australia. Her research interests in legal and psychological anthropology are reflected in her publications in a number of areas including native title and customary land ownership, property and personhood, death, creativity, sleep, dreams, memory, emotion and perception.

The Dark Room by Christa A Ludlow (Playfair Press) – Historical fiction, crime, set in Sydney NSW 1900. Christa’s first novel, Taken at Night (2016) is a historical mystery set in Sydney in 1900 during the outbreak of bubonic plague. The Dark Room is the second in the series. Christa has worked as a historian and lawyer and was curator of the Justice and Police Museum, Sydney, between 1986 and 1990. She has conducted guided tours around Sydney’s crime spots and published articles on the history of crime and crime fiction. She came third in the Scarlet Stiletto crime writing prize in 2001.

Beneath the Parisian Skies by Alli Sinclair (MIRA) – “One woman rediscovers love during a quest to save the sister lost to her, set against the seductive backdrop of contemporary Paris and the Ballets Russes in 1917”: Adult General fiction (commercial). In 2014 Alli was voted as Favourite New Romance Author by the Australian Romance Readers Association, while her debut novel, Luna Tango, was voted as Book of the Year by AusRom Today Reader’s Choice Awards. In 2016, Alli was voted as Best Established Author and her second novel, Under the Spanish Stars, was voted as Best Cover.

If you are an Australian woman writing and have a release coming up, or if you are a publisher or agent representing an Australian woman writer, we’d love to hear from you. You can submit new releases for inclusion in the New Releases section of the AWW blog and in these monthly posts by filling out the form at the bottom of our New Releases page.

Enjoy your winter reading and don’t forget to link any reviews you write to our review database.