Historical Fiction Round Up: Issue 7 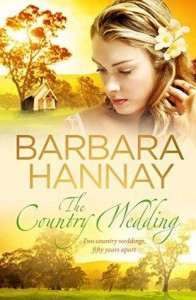 Welcome to Issue 7 of the historical fiction round up. The last month has been a bit quieter than previous, with only 19 reviews returned on 14 novels. Many of these reviews were on older titles, so perhaps we are experiencing a tiny slump in new releases within the historical genre at present. I know that next month promises some great new titles so I look forward to seeing what readers pick up within the next few weeks.

Barbara Hannay released a new title this month, The Country Wedding. Brenda found it to be:

…an exceptional story of love lost, second chances and how circumstances can affect people way into the future. A story laced with mystery, intrigue and heartache, The Country Wedding is set in far north Queensland and spans generations across the continents. Told in two timelines – past and current day – it captured my imagination and held me enthralled until the very end.

Cass Moriarty reviewed Storyland by Catherine McKinnon. Cass was impressed by Storyland and summed it up as follows:

Storyland is an epic tale of Australian history told through the detailed accounts of five individuals, giving us a powerful and memorable glimpse of our country through the ages, with particular insight into our indigenous heritage.

Jennifer Cameron-smith reviewed Half Wild by Pip Smith, a favourite of mine from last month.

I found this novel unsettling. I’ve previously read Mark Tedeschi’s true crime account ‘Eugenia: A True Story of Adversity, Tragedy, Crime and Courage’, but this is the first novel I’ve read based on Eugenia Falleni’s life. I was intrigued to read that it was seeing a police mugshot of ‘Harry Leon Crawford’ who after being arrested for the murder of his wife was discovered to be Eugenia Falleni, a woman who had been passing as a man since 1899 which provided Ms Smith with the starting point for her novel. I’ve seen the same mugshot, and wondered about the lives, about the experiences, behind the eyes. In this accomplished debut novel, Ms Smith provides some possibilities to consider.

Isobel Blackthorn reviewed Call to Juno (A Tale of Ancient Rome Book 3) by Elisabeth Storrs, a novel she enjoyed, despite having not read the first two in the collection:

It is refreshing to read of Roman times from a distinctly feminine perspective, one that captures the intimacy of motherhood and domesticity as much as it does the political horrors of war. Storrs maintains narrative control throughout, displaying that necessary skill of the historical fiction author, a deep empathy with the times she has chosen to set her work. This is a story for those who enjoy their historical fiction rich with fine and accurate detail. Call to Juno is intensely visual, bringing ancient Rome to life, composed by an author who clearly knows her subject.

And this brings me to my pick of the month, Bridget Crack, by debut author Rachel Leary, who I had the pleasure of interviewing recently. In addition to myself, Amanda from Mrs B’s Book Reviews read and reviewed (and loved!) Bridget Crack. I’ll leave you with our combined thoughts on this beautiful literary/historical novel.

Rachel Leary writes with a steady and determined voice. I really admired her approach to Bridget Crack, it offers a reflective tone, stark in places but with an emphasis on historical detail. The prose is grounded in the literary genre and comes across as well refined, which is in fitting with the character, period and physical surroundings of the environment. Readers will notice that interactions in this novel are kept to a bare minimum, rather the setting and experiences of the main character speak volumes for this haunting story.

This is a harsh novel. Harsh characters, living in a harsh manner, in a harsh environment. It’s like a testimony of truth; colonial life in Van Diemen’s Land, the way it really was. Forget any romanticised notions you might have of this era. Bush Rangers were not handsome heroes fighting some Robin Hood war; they were dangerous, filthy, rogue, and desperate, out for themselves and only in a gang out of necessity. Convicts were not bound for a new life; they were whipped, sold, jailed for the merest infringement, regularly raped if you were a woman, hung if you were a man. And if you were Aboriginal? You were in the way, trouble to eradicate. Life was not even all that great for the free settlers. Only the most hardy survived, the corrupt and the lucky. At the time in which this novel was set, 1826, tensions were crackling throughout this colony. It lacked the infrastructure to accomodate its expanding population and lacked the accessibility into the formidable interior terrain for it to be ultimately conquered. I felt quite absorbed by Bridget Crack. I could barely put the novel down. She was a tough young woman; a survivor and a warrior. I feel this novel is possibly an account of all the women who arrived on the shores of Van Diemen’s Land and decided they were not going to bow down and take it anymore.

Next month I have a new release set in Australia during the WWII era, We That Are Left by debut author Lisa Bigelow to talk about, along with The Choke, a new release by Sofie Laguna, set in 1971, which I’m claiming as historical fiction! I’m sure many more titles will pop up between now and then. Until our next round up, may your reading be plentiful and your reviewing insightful!

About Theresa: Writer, avid reader, keen reviewer, book collector, drinker of all tea blends originating from Earl Grey, and modern history enthusiast. I enjoy reading many genres but have a particular interest in historical fiction. You can find me and all of my book related news and reviews at Theresa Smith Writes,
Facebook, Goodreads and Twitter @TessSmithWrites.