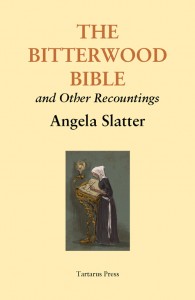 Some of the oldest fantasy stories are fairytales. They are culturally so pervasive, in many parts of the world, that most people have had some exposure to them at some point in their lives, even if only through Disney movies. Fairytale retellings are the fantasy subgenre that takes apart and rebuilds them into something new. Sometimes that just means transposing them into a contemporary setting (with or without magic) but it can also mean twisting them into unrecognisable shapes to expose darkness at their hearts (or in the hearts of us all). There are as many interpretations of fairytale retellings as there are authors writing them and plenty of Aussie women have delved into them. I’m going to start with Angela Slatter because she’s my favourite fairytale reteller. Fairytale themes permeate many of the stories in her mosaic novels Sourdough and Other Stories (reviewed by Faith) and The Bitterwood Bible and Other Recountings (reviewed by Lou Murphy) and even those stories which didn’t have a clear (to me) fairytale origin still felt like they did. Even more pertinently, a selection of her fairytale retellings were collected in Black-Winged Angels, which is an excellent place to start, especially if you’re looking for stories both dark and empowering, with a strong focus of female characters. Popular among AWW readers, probably because they can easily be interpreted as non-genre, are two of Kate Forsyth’s recent books: Bitter Greens and The Wild Girl. Both are about the historical origins of fairytales, but that in itself puts a different spin on them. Bitter Greens, reviewed by many people including Leonie Rogers, tales the tale of Rapunzel through the people who helped to shape it. The Wild Girl, also reviewed by many, including Theresa Smith Writes and Elise McCune, is more recently historical, being set during the Napoleonic era and following the story of the titular girl and the Grimm family (yes, that Grimm family). Juliet Marillier has written many BFF (big fat fantasy) novels, some of which are fairytale retellings including her first trilogy. The first book, Daughter of the Forest, retells the story of Six Swans in an Irish Celtic setting, and the rest of the series grows from there. You can read a review of Daughter of the Forest from Helen Petrovic. Perhaps the darkest of Australian fairytale retellings is Tender Morsels by Margo Lanagan. It’s a grim and brutal retelling of the story of Snow White and Rose Red (no relation to the seven dwarves), which was reviewed by Georgina Ballantine. Another fairytale retelling novel by Lanagan is Sea Hearts, which features selkies and has been very popular among AWW readers, garnering many reviews such as this one by Jonathan Shaw.

A list of Australian fairytale retellers wouldn’t be complete without a mention of Sophie Masson, who has been very prolific in the field. Unfortunately, she hasn’t been reviewed quite as much by our readers so I can only link to one review of her books: The Firebird, reviewed by Cassandra Page, is a retelling of the classic Russian fairytale. For a very contemporary take on the fairytale retelling there’s Mothers Grimm by Danielle Wood. This book takes a look at female side-characters from a few well known stories and spins stories around them. It’s garnered a few reviews, including this very comprehensive one by Whispering Gums.

Finally, I’m going to list a few more authors and books that you might want to look into if you’re looking for more fairytale retellings.

What’s your favourite fairytale retelling? What fairytales would you like to see retold in what ways? Tell us in the comments!