Historical Fiction Round Up: Issue 9 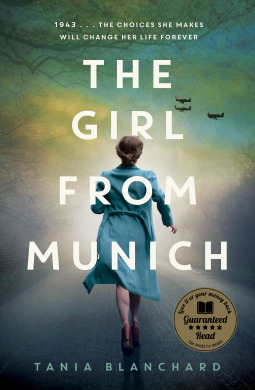 Welcome to Issue 9 of the Historical Fiction Round Up. I’m going to start this round up with some thrilling news. The Queensland Literary Awards ceremony was hosted by the State Library of Queensland on 4 October. Melissa Ashley was awarded The University of Queensland Fiction Book Award for her novel The Birdman’s Wife, published by Affirm Press. An historical title written by an Australian woman writer! Congratulations Melissa from the AWW challenge.

Our most reviewed novel this month was A Dangerous Language by Sulari Gentill, with four reviews. I believe this was book 8 in the much loved Rowland Sinclair series and if the reviews are anything to go by, fans were more than satisfied with this latest instalment.

As always, I enjoy the Rowland Sinclair novels, and this one was two years in the waiting, and rightly so in the end, because it captured the political turbulence and environment of the 1930s in a way that is accessible to those just discovering it, and highlighting some aspects and characters that are perhaps less well-known than others during this time.

Given that a good chunk of the action here takes place in Canberra, a city that only exists because of politics, A DANGEROUS LANGUAGE is a bit more political than some of the other books in the series. I really enjoyed the way this shines a light on some aspects of our history that are rarely the subject of popular culture (honestly you could be forgiven for thinking the only things of importance Australians have ever done is play sport and go to war) (and yes that order is deliberate). Gentill just gets better and better at weaving historical fact into her stories.

It would be possible to read this novel without reading the earlier books, but I wouldn’t recommend it. Ms Gentill has developed such richly three-dimensional characters that knowledge of their backstories is important as is immersion in the history of the 1930s. At this distance, it may be difficult to understand the struggle between the communists and the fascists within Australia before World War II. And, if you’ve never heard of Egon Kisch and the infamous dictation test, then you might be interested in looking up the Immigration Restriction Act 1901.

A novel that has been popping up over the last few months is The Girl From Munich by Tania Blanchard. I’ve held off mentioning it until now though as I like to wait until a novel has been released before highlighting it here. That way you can be assured that if a novel grabs your interest, it’s available to purchase immediately. The Girl From Munich has gathered high praise from our reviewers and I’ve added it to my (very long) reading list.

The Girl From Munich is the story of Lotte, an ordinary girl from a wealthy family. A girl who loves her country and believes in the promises being made by the Fuhrer, unaware of all that is going on and hoping that the promises of an end to the war come to pass sooner rather than later. Blanchard explores the slow dawning of scepticism in many patriotic people as the war continues and the tides don’t seem to be turning in Germany’s favour. Lotte remains loyal to her country, believing the propaganda that is publicised and believing that atrocities are committed without the knowledge of the Fuhrer. We watch on as time passes until she too is left questioning what she has always believed.

The way in which Ms Blanchard bought this aspect of Germany at war to life, depicting ‘normal’ (albeit privileged) people as they came to terms with the consequences of being on the losing side in war. I also thought that the way in which Ms Blanchard depicted the anxieties of individuals, through the uncertainty of losing contact, of not knowing whether some family members were alive or dead rang true. And then, when the war is over, there’s the struggle to find a new way of life in a world that has changed in so many different ways.

Beautifully written with compassion and caring, it just goes to show it doesn’t matter what side of the fence you’re on, the normal, everyday people are still human beings with the same emotions as us all. Highly recommended.

A novel that has caught my eye on more than one occasion with its beautiful cover presentation is Storyland by Catherine McKinnon. Thoughts on Storyland from Whispering Gums:

Storyland is a very accessible book. Superficially, it seems disjointed, but McKinnon connects the stories through links that gradually register as the narrative progresses. Places and objects naturally connect the stories, despite their very different narratives, to provide a continuity that transcends the people to focus on the land itself – because, ultimately, this is a story about the land and our ongoing relationship with it. The real star of the novel, though, is the land. McKinnon traces its trajectory from an almost pristine state at the dawn of colonisation through being farmed by Hawker and Lola to climate-change-caused destruction in 2033 followed much later by a mysterious post-apocalyptic world. She similarly traces our relationship with indigenous people from early caution, uncertainty and tentative goodwill, through 19th century brutality and ongoing dispossession, to the continuing racism and exploitation of the twentieth century.

My reading was within other genres this month: literary, general fiction and some romance, even a non-fiction – my first for the year – but shockingly, nothing historical. So instead of finishing up with my usual pick of the month, I’ve decided to highlight a couple of older novels that were reviewed this month that have not been featured this year.

Wild Wood by Posie Graeme-Evans was reviewed by Kate Forsyth:

WILD WOOD is a dual timeline narrative that moves between the Scottish Borderlands in the 14th century and an unhappy young woman in the 1980s who finds herself compelled to draw the same Scottish castle over and over again.I love stories with parallel timelines, particularly with a good dash of romance, history and magic added in, and I love books set in Scotland, so all the ingredients were in place for a really wonderful read. I must admit I loved the scenes set in the past more – the story of the mute fairy wife, the battle-hardened warrior and the medieval castle were all so intriguing.

After Darkness by Christine Piper was reviewed by Louise Allan:

This book is not a light book to read, but it is important. It delves into the secret history of Japanese war crimes and examines the culture that allowed those crimes to evolve. It deservedly won the Vogel Award in 2014 and was shortlisted for the 2015 Miles Franklin. I read it for book club and it incited much discussion.

Novels to watch out for:

That’s all from me for this round up. I look forward to seeing what you all choose to read over the next month.