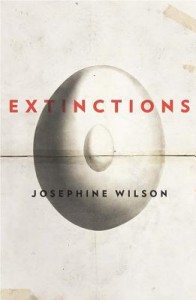 September of course saw the announcement of Australia’s most famous literary award, the Miles Franklin, and the winner was Extinctions by Western Australian author Josephine Wilson. Wilson’s book was not reviewed this month for the Challenge, but it’s had two reviews for this year. Sounds like it’s worth a few more by the end of the year. What do you think?

Our reviewing boom continues. September’s figure of 38 reviews is less than August’s count, but more than doubles last September’s 17 reviews. This means that by the end of this year we will have far exceeded the number of reviews we’ve had in any preceding year – a wonderful achievement for the Challenge.

Here are some highlights:

As always, I’m starting with the Classics. Four were reviewed this month, constituting just over 10% of the month’s reviews, so thanks everyone for continuing to give some time to our older books. They deserve it! September’s classics were Thea Astley’s Slow natives, Mary Grant Bruce’s A little bush maid, Elizabeth Harrower’s The long prospect, and Ethel Turner’s Three little maids. I’m particularly pleased to see some of our classic children’s books being reviewed, so I’m going to highlight them this month.

Mary Grant Bruce’s A little bush maid is the first in her much-loved Billabong series about young Norah and her growing up on a large outback station in the early twentieth century. Reviewer Anna enjoyed the book, particularly the description of the children’s adventures, but noted that it is a book of its time. She says that:

While this has positives, such as its use of vocabulary that might be more challenging than is found in a more modern children’s book, it also means that its descriptions of Aboriginal and Chinese characters reflect contemporary perspectives that are no longer acceptable.

Ethel Turner’s also-maid-titled novel, Three little maids, was published in 1900, ten years before A little bush maid. It was reviewed by regular reviewer here, Jennifer Cameron-Smith. Jennifer commented that its age makes some of it unfamiliar, but said that it doesn’t matter:

It’s the challenges the little family faces which make the story interesting. And comparatively happy endings (for most) are always welcome.

Last year, I featured publisher Simon & Schuster, so thought, with Allen & Unwin’s big representation this month, it was time to feature another publisher. A&U is probably Australia’s largest independent publisher. According to its website, it “commenced publishing in Australia in 1976 as part of the UK company George Allen & Unwin Ltd established in 1914.” However, in 1990 the UK company was sold, so the Australian directors organised “a management buy-out”, thereby creating an independent company that owns the Allen & Unwin imprint world-wide.

Interestingly, the website says, they didn’t really get into fiction until 1981 when they established the now prestigious The Australian/Vogel Literary Award for unpublished work by young writers. It’s been won by many of our now well-known names, such as women writers Kate Grenville and Mandy Sayer. A&U has continued to publish significant Australian fiction and non-fiction, including those reviewed this month: Sarah Bailey’s The dark lake, Rachel Leary’s Bridget Crack, Ashley Hay’s A hundred small lessons, Sofie Laguna’s The choke (3 reviews), Maria Peričić’s The lost pages, Heather Rose’s Stella Prize-winning The museum of modern love (2 reviews), Mandy Sayer’s Love in the years of lunacy, and Caroline Baum’s memoir Only.

All but one of these books were published in the last two years, the exception being Mandy Sayer’s Love in the years of lunacy which was published in 2011. Kali Napier enjoyed it, with some reservations. She felt that “the pace, the tension, and the lush descriptions were immersive” and she enjoyed “the heady sensory sense of place” Sayer achieves for the New Guinea section of her novel.

If Mandy Sayer was one of the past winners of The Australian/Vogel Literary Award, Maria Peričić was this year’s winner with her book, The lost pages, which reviewer Julian Leatherdale describes as a “playful, meta-fictional retelling of Franz Kafka’s career through the eyes of an arch-rival, Max Brod”, who was also his literary editor. Julian had mixed feelings about the book, saying that

The framing of the story as a partially restored archival document (with passages obscured and interpolations offered in footnotes) was clever and persuasive … [BUT] I … was hoping for a far more nuanced story which may have provided some sense of the literary scene in Europe at the time and featured the role of the publisher, critics and writers more prominently.

It’s always tricky when a book doesn’t end up being what you think it could have been. It sounds worth reading … so we can decide for ourselves!

Here, from our new releases page, are some being published in October of particular interest to readers here: