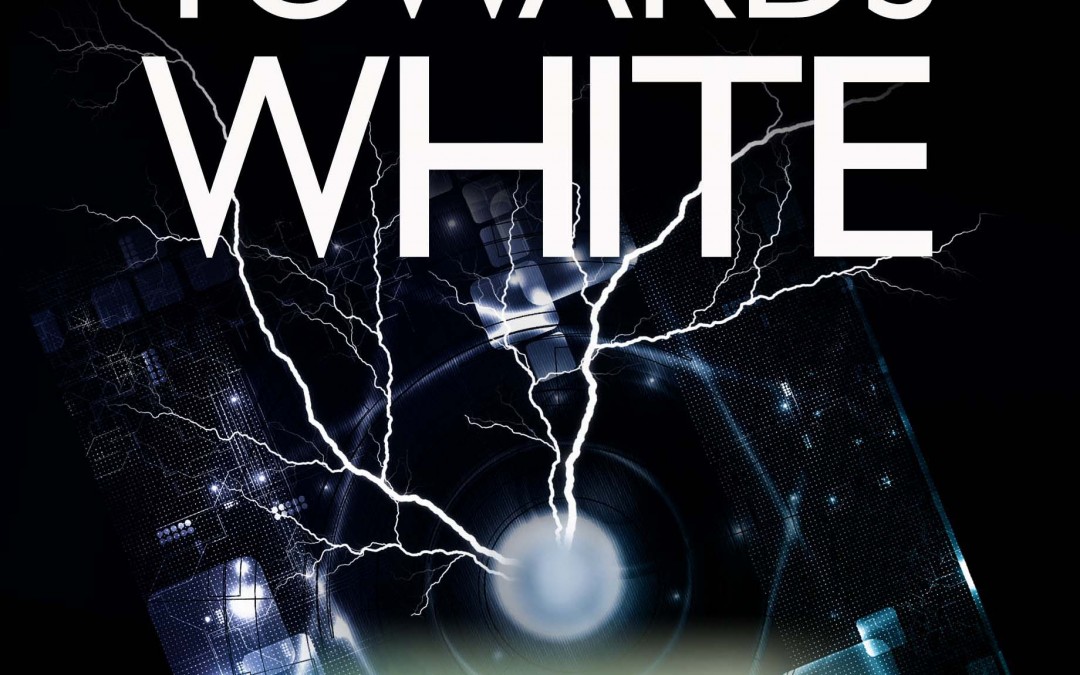 Welcome to Sunday Spotlight. Today our guest is Zena Shapter, whose novel Towards White, a science fiction mystery/thriller, was published on 29th September 2017. A young writer asked me this only recently and it took me a few moments to realise that, like many writers, I’ve always written: from poetry as a child, to poetry and short stories in my teens and early twenties, to novels in my late twenties to now. I wrote and wrote because it was simply the best way I could express myself. Other people express themselves verbally, through physical actions, music, art, dance or sport. For me it’s always been through words, which is why I love reading – it enables me to connect with other people who express themselves in a similar way. I’m often asked why do I write. Since it’s the way I express myself, my answer is because I have no choice. As for novels in particular, I attempted my first while working as a lawyer in London, and commuting for six months to Reading every day – three hours on a train: the perfect time to start a novel-writing journey. It took a while to find my voice of course, and learn technique, but I was on my way. I gave up law in 2003 and haven’t looked back. Now I’m a creative writing tutor and mentor with a full-time creative services business.

What inspired the story?

I grew up around elderly people, for whom death was never far away, and loved studying science at school, so knew all about the energy and nitrogen life cycles. As a teenager, I also enjoyed philosophical contemplations – wherever I could get them! So when I was about eighteen – home from University where I was reading English – I was up late one night philosophising with friends about life after death and I found myself layering our discussion with my scientific background… The conservation of energy theory states that one form of energy must always become another form of energy, energy cannot simply disappear. Our brains are powered by electricity, so I simply made the leap to wondering what happened to it after death. Our bodies go to the worms, what about our electricity? It can’t simply disappear, and it’s far too efficient an energy to simply dissipate, or entropy, as heat. I dwelled on the idea, pondered it, and extended it as far as I could. What if…what if that was the answer to one of man’s greatest mysteries: life after death.

Over the years I played with the idea but it wasn’t until I went to Iceland in 2001 that the story that would become Towards White started to take shape. I fell in love with the country’s austere beauty and inspiration simply poured into my brain from there. There were some delays along the way – moving to Australia, marriage, two children, a new career and finding the right publisher – but the story evolved so much it demanded to be told, and finally it’s here!

Who is at the heart of TW and how much of yourself when into their creation? Towards White is a story about a girl trying to pull herself back together in extraordinary circumstances. We all fall apart sometimes, face the darkest of dark hours, question the essence of our being, then seek a way back to ‘normal’ life. I wanted to write a story about a character struggling to do that, and facing a crisis at the same time. Sometimes when it rains, it pours. Like most of us, she’s also a bit of a puzzle – one of those beautiful pastel Impressionist puzzles that only becomes clear after you reach the end. And yes, I do try to put a little of myself into every story, not only because it helps make characters more authentic, but because I read to connect with others, their stories and challenges, and assume others do too. So when I’m writing, I like to offer readers the opportunity to spend time in another person’s shoes, and to do that I have to search through my own closet of shoes and find the right pair to offer up (BTW I don’t actually have a closet for shoes, my shoes are bundled up on wardrobe shelves!). Once I’ve found an experience I might be able to share, I imagine what it would be like to intensify that experience and go through it in extreme conditions, and once I know what those conditions might be, I build my character. During character development, I also think of friends and family who resemble my character in some way, and borrow bits of them to add into the mix. So there’s a bit of me in Becky Dales, there are bits from a few lawyer friends I know, but Becky’s also herself because none of us have ever been in her situation in Towards White – I’m sure we wouldn’t want to be either!

Describe how you research and the challenges of incorporating research into your story:

Once I knew I wanted to write a story based on my scientific ideas set in Iceland, I started thoroughly researching those ideas. For the scientific side of things, I went to libraries in the UK and over here in Sydney, read online and asked scientist friends, putting together a folder of research and ideas about energy. I researched all kinds of other relevant things too like gravity and electromagnetism, how colour works, magnetic field therapy, Reiki, astronomy, genes, artic phenomena, the auroras, the constitution and history of Iceland, and of course the brain and nervous system, including brain death and methods of execution. I also bought an Icelandic dictionary and got to know the language as best as I could, including famous cultural quotes and swearing. Many of these ideas have been ingrained in the story from the very first draft back in 2002, but I cut out a lot of the language as my writing technique developed because it didn’t bring anything to the story but ambiguity. Some of the research I cut too because it was too lengthy – but I still have it all somewhere!

What attributes do you need to remain sane as a writer?

There’s a secret to being successful as a writer: determination in spite of everything, but not everyone. Writing is a collaborative process and writers need the support of family and friends, as well as readers and editors. Sacrifice and hard work will get you far, but you don’t want to be alone at the end of it, or for your health to suffer. I’ve had to fight over the years for every precious second of writing time I’ve carved out of my days and weeks, knowing talent is nothing if you don’t put in the time too. But I’ve also put down the laptop when others needed my help or attention, or to look after my health. It’s a matter of balance, of course. Oh, and chocolate and wine, definitely chocolate and wine. What sort of paranormal being would you like to be?

Someone with the ability to control minds – I’d never have to make dinner again!

Actually the question of control is something I often touch on in my writing – I like to question our ability and inability to be in control, putting characters against both mind control techniques and self-control issues. Hopefully more of those stories will be published soon – watch this space! Or this space over here: http://zenashapter.com/blog/

Thank you so much for having me, AWW!