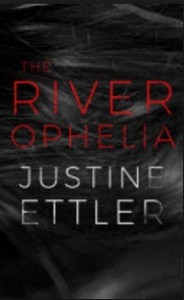 Moving from October to November always feels like crossing a threshold. On October 31, life was still nice and easy: “It’s AGES away from Christmas!” Then, starting from November 1, it was BLIND PANIC: “Ah! Help! Christmas is NEXT MONTH! Where the h*ll did the whole YEAR disappear to?”

Luckily, our dedicated readers remained calm, patient and diligent in October, producing 85 reviews of 62 books by 56 of Australia’s awesome female authors. Among these, only four books were published before 2000, by Amy Witting and Justine Ettler. Calzean describes various short stories in Witting’s Marriages (1990) to be “emotive, painful, complex and memorable”. Meanwhile, Bill Holloway interviews Ettler to find out what she has been writing since The River Ophelia (1995) and Marilyn’s Almost Terminal New York Adventure (1996).

Only one book was published between 2000 and 2010, and that is Tara June Winch’s Swallow the Air (2006). In comparison, 10 were published between 2013 and 2015, including Sonya Hartnett’s Golden Boys (2015) as an audio book. In her review, Suzanne Robinson describes the story: “[It is]very well read by the narrator, David Vatousios… It is dark though… Dark and depressing, but very, very well written. The ending leaves us hopeful, but sad, mostly.”

Among the reviews of books published in 2016 and 2017, three are worth noting. Firstly, Kira Jessup reviews Lee Winter’s Requiem for Immortals (Diva Publishing, 2016):

The characters in this novel are dominated by females, which is a nice change in the mystery/thriller genre. The main character, Natalya, is a brilliant cellist with a secret life as an assassin. She is cold and calculated, and enjoys the power she has over other people. As a main character goes, she is strong but flawed and somewhat of an anti-hero. Her target, Alison Ryan, initially appears meek, but as the story progresses, it becomes clear this isn’t necessarily the case. Other assassins and crime bosses which feature are female, and all of them have their own quirks that make them memorable… The romance between Natalya and her target, and the mystery surrounding who hired Requiem in the first place intrigued me. The romance subplot tied into the main storyline nicely and wasn’t heavy-handed. There were a few twists I didn’t see coming. Mirandi’s voice is clear and assured as she envelops us in a sensory experience inspired by Somerset Maugham’s story “The Four Dutchmen”. Mina is an Indonesian girl living a simple life in a fishing village when she is chosen to accompany a Dutch merchant and work in his household. Her life is irrevocably changed by the people she meets and the choices she makes, and by the decisions made by those more powerful around her. This tale is a parable and a fairy story grounded in the rich and luscious detail of the tropics. The language is deceptively simple and the dialogue natural. Native words, customs and objects are deftly incorporated into the narrative with such ease and grace that we feel magically transported to the setting. The themes – of love and yearning, of betrayal and sacrifice, of shame and longing – are universal, yet poignantly specific to this girl, this landscape, this one young woman’s story. Each character is perfectly drawn. The sounds of the market, the smells and tastes of the food, the temper of the weather and the sea, all are engaging and curious. This is fiction that reads like a memoir. Written in a conversational tone, extraordinary events which happen throughout Hannah’s life are revealed in the most casual manner – often with a touch of dry humour. The writing is divine and the dialogue so genuine I felt like I was eavesdropping on private family conversations… The novel traverses India, Iran and Perth, Western Australia over several decades. Through Hannah’s eyes (from childhood to adulthood) the novel explores culture, class systems, mixed race, and serious political upheaval, as well as the fragmentation of Hannah’s family… Harrowing moments are often related by Hannah in a matter-of-fact, non-judgemental way. And the author has broached the subject of political upheaval and asylum seekers without preaching, whilst highlighting some shocking acts of violence that are perpetrated against women in other parts of the world… The book is a tapestry of experiences and doesn’t dwell for too long on difficult topics.