2017 Wrap Up of Speculative Fiction 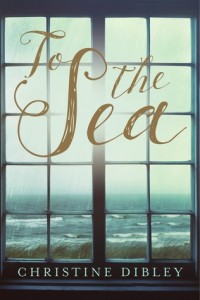 2017 has been a year of ups and downs for many of us. But happily, it was a good year for speculative fiction reading in the Australian Women Writers Challenge. We had 233 reviews submitted to the Challenge, for 147 books by 115 authors. This is a nice increase from last year’s numbers. Thanks to everyone who participated! This was my last year writing for this blog, so it was nice to go out on a high note.

Over the year, I wrote a series of focus posts instead of monthly round ups. Mostly these focussed on various sub-genres that come under the speculative fiction banner and highlighted work by Australian women in each category. If you missed them, here is a handy list for you:

As for reviews submitted to challenge, the most reviewed author in 2017 was Jane Rawson, who garnered fourteen reviews for three books. Her most popular book — also the most popular book overall — was From the Wreck, which was reviewed by Robin Elizabeth, Ashleigh Meikle of The Book Muse and others. Her second most popular book was A Wrong Turn At The Office Of Unmade Lists, reviewed by Bill Holloway and a few others.

Here are some other popularly reviewed authors and books from 2017: To round off this round-up, a briefer list of those authors and their books that were reviewed at least three times in 2017.

Of course, the above list is not exhaustive; our Books Reviewed page (with search by categories) can be a practically limitless source of recommendations, too. To get you started, here is link to all the 2017 speculative fiction books reviewed.

What were your favourite AWW reads of 2017? Did they make the list above? Tell us in the comments!