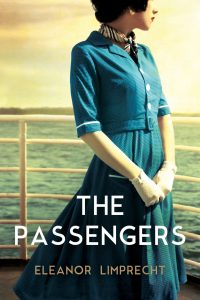 In February the literary year really got going with the announcement of the Victorian Premier’s Literary Award winners and the longlist for our favourite award here, the Stella Prize. For details on these see the end of this post. Meanwhile, on with the show…

We had a goodly number of reviews again this month – 51 – which is similar to last month’s stats and also to last February’s. Here are some highlights:

Fortunately, some did explore our literary heritage this month, reviewing, in chronological order of publication, Miles Franklin’s My brilliant career (1901), Thea Astley’s It’s raining in Mango (1987), and Madeleine St John’s The women in black (1993). All have featured here before, but are worth featuring again.

My brilliant career was reviewed by Emma our new participant from France. She enjoyed it with some reservations, but I’ll share, as I did last month, her comments as a French person reading an Australian text:

I read it in English. There were a lot of unfamiliar words to describe the land and some like Kookaburras or jackeroo had a funny ring to them. Like I would be later with The Three Miss Kings, I was surprised by Franklin’s freedom of speech. Sybylla’s ideas on marriage, religion, men and life in general are unconventional. Women seemed to have more space to express themselves, probably because the country was so young and made of daring people (I think you had to have guts to leave safe and mild Europe to travel so far and settle in a brand new land).

Debut author Kali Napier reviewed the other two classics, so I’ll just share her review of Thea Astley’s It’s raining in Mango. I love that part of her response was through the eyes of a practising writer:

There is a lot of fecundity, overgrown weeds, rain, and, of course, flooding, in this slim novel by Thea Astley. In fact, I found myself taking notes at how she was able to cover such ground and expanses of time in so few pages.

Over the years I’ve noted how great it is to have authors contributing reviews to the challenge – and in fact one such author, Kali Napier, appears under Classics above. As a little thank you to their generosity, I thought I’d share two who have, themselves, been reviewed this month, starting with Napier.

Napier’s debut novel The secrets at ocean’s edge was reviewed four times in February. One of those reviewers, Helen Sibbritt, hasn’t been featured here before. She enjoyed the book, which is set in Western Australia during the depression, writing:

I did find it a bit hard to like Lily at the beginning but wow by the end I had nothing but praise for her and what she went through.

Historically significant and eloquently told, this novel is a tour de force that will find its place among Australia’s best.

Another author who has reviewed books this year is Kim Kelly. Her book The blue mile was reviewed this month by Claire Holderness. A work of historical fiction about the building of the Sydney Harbour Bridge, it captured Claire who wrote:

The characters around the main characters were also wonderfully portrayed. The history of the building of Sydney harbour bridge and the politics at that time were very interesting … I love learning about the history of our country and getting an insight into how people got by.

These awards were announced on 1 February, and two of the winners interest us here in my corner of the Challenge:

Firstly, it’s great seeing Text Publishing continuing to support Australian writers – and particularly Australian women writers. Secondly, I’m pleased that both these books have been reviewed for the challenge.

Cheng manages to deliver some powerful blows that caught me unaware. I stress the ‘caught unaware’ bit because that’s what happens with casual racism, isn’t it? You’re having a perfectly ordinary conversation with someone and they slip in something that is absolutely not right, and it catches you unaware. You’re thinking ‘Hang on…’, and you turn the comment over and over in your mind, ‘to be sure’, but from every angle it’s racist. And the conversation has moved on but you’re left with a bad taste and you wish you’d said something in the moment. And that’s how casual racism stays alive.

Sounds like a powerful read – and how good to see a collection of short stories win the fiction prize.

The shortlist has now been announced – in March – but here I’m sharing the longlist which was announced in February. The news may be old but it’s relevant to record it here and to see how well the Challenge has been tracking the books. The asterisked titles have NOT been reviewed for the challenge yet:

Not bad eh? Of the twelve longlisted books, we have reviewed all but two of them. While only one of these, Azar’s book, has gone on to be shortlisted, it would be great to see both of these added to our database. Anyone?

As always for the Stella, which prides itself for being so, the list contains a variety of forms and genres, including five non-fiction works and one collection of short stories. It also includes a diversity of viewpoints, including two indigenous authors (Coleman and Wright) and an Iranian born one (Azar).

Kate Cole-Adams’ Anaesthesia and Claire G Coleman’s Terra nullius were both reviewed in February, but as I’ve covered Terra nullius before, I’m choosing Cole-Adams to represent the longlist in this round-up. Reviewer Anna Greenwood was impressed by the “detailed, well-presented research into different elements of anaesthesia” though found some of the personal digressions involving “dreams and dabbling in hypnosis” less engaging. Overall, though, she found it a worthwhile read.