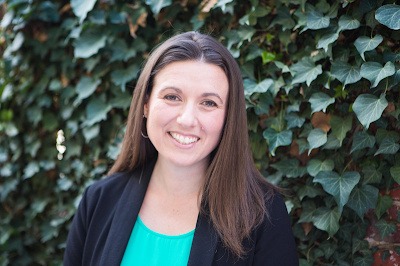 Heidi Catherine has done it again! The Truthseeker, her second book in The Soulweaver series, continues to explore the realm of kindred spirits and how love can endure, and even blossom over time. From the opening chapter The Truthseeker, I was captivated by the relatable characters, the hugely imaginative settings and the pivotal notion that love can transcend time and place.

In my chat with Heidi, we talk about the toils of creative writing, how it feels to kill off your characters and what it’s like to have “made it” as an author.

Hey Heidi. I finished The Truthseeker last night. What a ripper of a book! There are so many things I want to ask you, but my first question is one I’ve been mulling over since reading The Soulweaver: why do you categorise yourself as a romance writer? I think your books could be classed as sci-fi, even cli-fi – definitely some kind of speculative fiction. While we shouldn’t get hung up on genres, I’d love to know why you predominately identify your writing as romance. Hi Weezelle! I’m really glad you enjoyed The Truthseeker. It’s always a little nerve-racking when you know somebody is reading one of your books! You ask an interesting question there! It’s also a difficult one to answer, but I’ll do my best… when I wrote The Soulweaver series I wasn’t thinking about genre at all. I just wrote it as I felt the story should go. And I’m glad I did that as it didn’t restrain me or take my story in a false direction. But when it was finished I had a lot of trouble trying to figure out where it sat. It could be fantasy. Maybe women’s fiction. Perhaps YA. Or sci-fi. Or romance. Or… As I’m very involved in Romance Writers of Australia, I decided to enter the first book of the series in their Emerald Pro awards as a ‘romantic elements’ manuscript. When it won the award, I made the decision to call it ‘romantic fantasy’. My publisher agreed with this label so I just went with it. And although it really is more ‘romantic elements’ than ‘romance’, at its core, it’s a love story. So I’m comfortable with that label for now.

I’m really glad that you didn’t feel hemmed in by genre, as I think that’s what makes these books so intriguing – they’re a beautiful blend of all sorts of influences. The opening chapter of The Truthseeker is a great illustration of this. In the first few pages, we learn that one of the central characters has gills and has to wear a ‘day suit’ when he goes into the sun. Humanity has evolved to avoid the harsh sunlight, changing routine so that humans are nocturnal and can also live under water. My burning question around this is where did you get this idea from? I think it’s brilliant, and not at all what I was expecting as I started the book.

Thank you. That’s a great compliment! To be honest, I wasn’t really expecting the story to start like that either. But when I sat down to write it, I was overwhelmed with the image of a boy jumping from a jetty into the cold water. I wasn’t sure where this would take me, so I just started writing and that first chapter came out. I find the concept of evolution fascinating and have wondered what changes might occur to our bodies in the future, given the massive impact global warming is having on our environment. There are parts of The Truthseeker that are certainly me wondering about this out loud! Although I had to step away from the writing process occasionally to plot where this book was going, most of the story just flowed out, almost like it was being gifted to me. It was such an enjoyable experience and I hope that shows in my words. I really loved writing this one.

That’s so interesting. So many authors talk about that kind of experience – where the story almost tells itself. The book certainly does flow really well so I think it does come through.
The second part of the novel – which is set in the Mumbai slums – is a complete change of scenery. Did you have to do much research for that? Did you feel any awkwardness when writing about life in that setting given it’s so far from your own experience (I presume!)?

Definitely! It couldn’t be more different and I really hesitated when I chose India as a setting. But I felt more comfortable given the story takes place in the future as although there was a bit of research involved, there was also a fair bit of artistic licence required. I’m not sure if I would have stuck with this setting had the story taken place in present day. I now can’t imagine it any other way. It worked out so perfectly and I like how it contrasts with the way the story begins. My favourite scenes of the book are the ones set in India.

Actually, why did you choose India as a setting? I’m just being super-nosey now!

Ha! That’s not nosey. Fair question. Just before writing this book I’d watched a documentary by Kevin McLeod where he goes to live in a slum in Mumbai. It was a brilliant documentary that had me gripped. I needed the two sisters in my story to have a very difficult life and India was at the front of my mind with thanks to Kevin. It’s strange how some things we do or see can come out in stories later on, yet at the time we have no idea of how important they are. This might come across as a flippant question, but it’s genuine. In these series there is a fair amount of death – by nature of the story line, characters do die with more frequency than in other novels I’ve read. Each time, I’m always shocked!! How does it feel to ‘kill’ your characters, even if they are being reborn is a new, better way. Do you even think of it like that?

I suppose I am killing them! But it would be a little hard to write a book about past lives if nobody actually died. Would you think I’m strange, if you tell you that overall I actually quite enjoy the process? I sit at my computer crying for characters who are so real to me, yet the rational part of my brain knows they don’t exist. If I don’t feel emotional while writing these scenes, then I don’t think I can expect my readers to care much. So I pour everything into them, which can be really cathartic (although also a little draining). You have to be in exactly the right headspace to kill a character you love. But as you say, it does help knowing they will come back again!

I think that shows how much time and effort you put into your characters; and you’re exactly right – the love and attention you show to them is amplified across the pages. And although they are only characters, I do hope they all make some kind of reappearance in the third book…
Which brings me nicely to my penultimate question! Did you ever – when you were sitting at your desk, feeling a bit down or dejected or simply washed out from the writing process – think you would be where you are just now; having launched your second book, with a third on the way? How does it feel to be you right now?!

Pretty damn good thanks! 😉 I’m currently living my dream. And it was this dream that kept me writing through all the times I was feeling down (and there were plenty of those!). Finding a publisher for this series was no easy task and there were plenty of times I thought about giving up. But like most things in life, the harder you have to fight for something, the more you appreciate it when it happens. So I wouldn’t say that I thought I’d be where I am now, but I definitely hoped I would! It sounds like you have the perfect amount of resilience and self-belief. I think we could do a whole separate interview about how writers maintain themselves throughout the creative, as well as the pitching process. But you have literally “made it”, so you’re entitled to bask in it to your heart’s content I reckon!
Just to finish up, I’m dying to know what’s on the horizon. You have your third (and last?) in this series coming out very soon. You definitely deserve a holiday but I bet you’re already hard at work on your next endeavour – can you share with us what it is?

Thank you! Yes, The Shadowmaker is being released on 31 May and this completes the series. I’m really looking forward to that!
As for what I’m working on now… I’m about a third of the way into writing a new fantasy novel. I don’t want to say too much just yet, but it’s all about the power of the spoken word. I’ve been describing it as The Handmaid’s Tale meets Game of Thrones. It’s early days, but I’m loving writing it.

I’m sure there are already gaggles of fans hanging out for 31 May. Can’t wait to see how the series concludes. And we have a fantasy novel to look forward to after that; your description makes it sound very enticing! Thanks for chatting with me…. all the best with The Truthseeker. And keep doing what you’re doing!

It’s been really fun chatting with you! Thank you so much. The Truthseeker can be purchased as an ebook or paperback from Amazon.