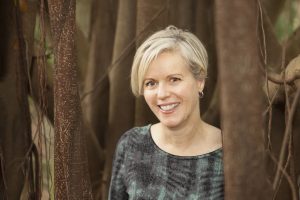 Welcome to Sunday Spotlight. Our guest today is Sally Piper, author of the recently released The Geography of Friendship, published by UQP.

What is it about women’s friendship that inspired you to write a novel about it?

I was interested in looking at female friendships from their earliest beginnings – why and how certain girls “find” one another, most often in school, and the intimacy of that union and the strength it allows. Girlhood friendships are almost like our first love affair, which is something I wanted to represent in the friendship between the three female characters in The Geography of Friendship. They shared – as many girls share – things they wouldn’t necessarily disclose to others (humiliations, heart scars, failures) and in that sharing an unspoken pact is formed: that they’ll never be judged on that knowledge and that it will never be used against them. But ultimately this is one of the reasons Lisa, Samantha and Nicole’s friendship fractures, because the knowledge they share from the first hike is something each fears they will be judged for, that it will be used against them. In ending their friendship they could rewrite the truth of their experiences on the first hike in their minds, making it whatever they wanted or needed it be, and with no one demanding they check the facts.

I think one of the things that women often find difficult to navigate is when a close female friendship ends, especially if it occurs catastrophically; something that seems inconceivable when the friendship is at its strongest. There is a kind of grief that comes with the loss (as it did for Lisa, Samantha and Nicole), which is often unreconciled and risks being carried with us into new relationships. This grief is something I also wanted to explore in The Geography of Friendship.

Was it a natural transition then to combine this theme of women’s friendship with your love of bushwalking?

While it was great to indulge my personal love of bushwalking in a novel, the motivation for placing the three characters in a wilderness area was more about putting their friendship under pressure and maximising their responses to stress and fear in a setting I knew intimately and felt I could therefore write authentically.

If friendships remain predictable and safe they (mostly) exist harmoniously. However, present individuals with a situation where their safety, or the safety of those they care for, is in jeopardy and people will react in ways that they and those close to them might not predict or anticipate. People are often forced to act outside of themselves under stress, which is exactly what happened to Lisa, Samantha and Nicole.

As I wrote their story, I often placed myself in the headspace of each during the various situations and threats they faced. I still don’t know how I would have reacted given their predicament. They were only twenty when they went on the first hike and had to confront the threat of a dangerous man. Had they been older, each would have probably responded differently, which is something they reflect upon when they return to do the hike for a second time as women in their forties. I like exploring this fluidity of human behaviour in my writing, that our responses to life are unfixed and ever changing. In terms of characters, were each of the women, Samantha, Lisa and Nicole, already a firm picture in your mind before you started writing or did they each develop a personality of their own as the story progressed?

I never know my characters when I start a new project. I have to learn who they are. My process to do this is to write scenes, which might be anything from half a page long to half a dozen pages. To create these scenes the character must respond to a question or scenario I’ve tasked them with. So, for example, I asked Samantha how she and her husband would react if their son were gay, a question that actually led to a greater understanding of Samantha’s husband than her, and with Lisa I presented her with an interest in botanical names to see what she’d do with this skill, which eventually led to a way of softening her often abrasive nature. Through this approach I gradually add layers to the personality of each and come to understand who and what I’m working with. It’s only once I’ve written 40, 50 or 60 of these vignettes that I know my characters well enough to start building those scenes into a narrative.

What I knew I wanted to explore through these characters however, were three very different personality traits – Lisa is an angry, feisty character, Samantha is a peacekeeper and Nicole is a rule-follower. In this way I was able to represent what I believe is something all woman tend to be at different times. Through them, though, I then wanted to pull apart those three ways of being as a woman and see how they would behave if that single trait defined them and not all three in moderation. Their responses to the different situations I forced them to confront then very much evolved organically as I wrote their story.

How much planning do you do ahead of writing? Do you plan / plot the entire story from beginning to end, or let it evolve naturally as the writing progresses? Were there any surprises for you with The Geography of Friendship?

Pantser through and through! To know the ending would be a great disappointment to me, and would perhaps even force me to ignore it. Because, for me, to know the ending is to assume I know most of what must happen in between to achieve it, which would inhibit the unexpected – one of the great motivators for me to write.

Mostly I start with big picture ideas that I know I want to speak to. If I get stuck along the way, I go back to those themes, look at news ways to answer them, get my characters working harder to address them. Often when writing those early scenes or vignettes I spoke of in the previous question, I’m amazed by the character’s responses and almost look over my shoulder to see who wrote it! So I guess what I’m saying is I leave everything open to being surprised which for me plotting wouldn’t allow for.

Probably the greatest surprise while writing The Geography of Friendship is what the three women proved capable of, both on the first hike and the second. I can’t really explain too much about this as it would be a spoiler, but it’s enough to say that the fluidity of human behaviour I mentioned earlier can present itself in extraordinary and shocking ways.

I think Australian literature is going from strength to strength. More and more international markets (especially in Europe and Asia) seem to be opening their minds (and publishing houses) to Australian stories. And I think we value our own stories more too, where previously international authors seemed to be given more gravitas by Australian readers. I think we are seeing greater confidence in what is being written as a consequence, with writers taking greater risks, such as in Catherine McKinnon’s Storyland and Krissy Kneen’s An Uncertain Grace.

It is still disappointing to see that reviews of women’s books haven’t yet reached parity with reviews of men’s books in the ever-diminishing space for book reviews. Also, I would like to see an equal number of female-authored books as male-authored books on school English curriculums, in both co-ed and single sex schools. This, to me, is the grassroots of valuing what women have to say. While male voices continue to be overrepresented in this arena, I can’t see gender parity in any realm being reached any time soon.

Can you tell us something about yourself that not many people would know?

I ran away to school when I was four, which included a wobbly 2km bike ride to get there. The teacher allowed me to stay…it was another, less vigilant time!

Virginia Woolf. I would like to talk to her about all she still had to offer.

Probably because of my response to Question 4, the stories I love to read most of all are those that are character driven, not plot driven. Little can happen in the way of plot and I’m content provided the characters change, act or live in surprising ways. I love flawed, imperfect characters. I love ordinary characters but through the skill of the author are revealed to live extraordinary lives – not necessarily large or daring or famous lives, but lives that touch or have been touched by others, often in the simplest ways but with profundity, and in doing so they touch mine. Some Australian authors who do this well are Charlotte Wood, Kristina Olsson, Ashley Hay and Sofie Laguna, and internationally, Elizabeth Strout, Marilynne Robinson and the late Carol Shields.

The Geography of Friendship

When three young women set off on a hike through the wilderness they are anticipating the adventure of a lifetime. Over the next five days, as they face up to the challenging terrain, it soon becomes clear they are not alone and the freedom they feel quickly turns to fear. Only when it is too late for them to turn back do they fully appreciate the danger they are in. As their friendship is tested, each girl makes an irrevocable choice; the legacy of which haunts them for years to come.

Now in their forties, Samantha, Lisa and Nicole are estranged, but decide to revisit their original hike in an attempt to salvage what they lost. As geography and history collide, they are forced to come to terms with the differences that have grown between them and the true value of friendship.