Historical Fiction Round Up: May 2019 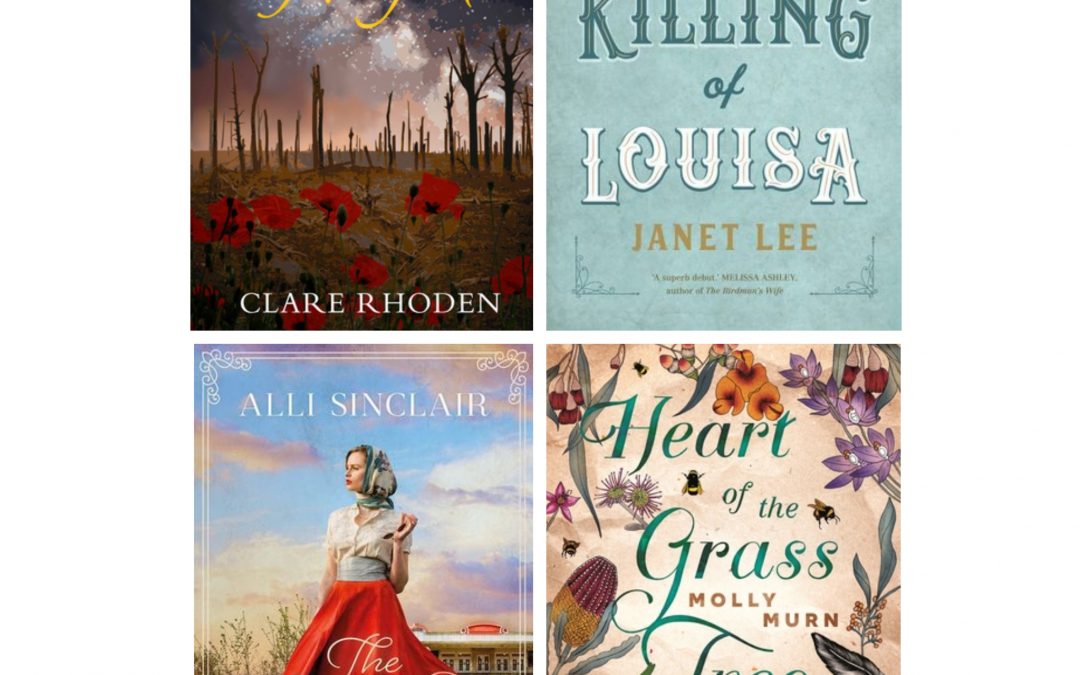 I’m sure I posted the round up for April just last week. Where has the month of May gone? It’s been a quiet one here at historical fiction, with only 24 reviews on 20 books written by 19 authors. Our most reviewed book for the month is The Cinema at Starlight Creek by Alli Sinclair, released this week, with 3 reviews. I expect we’ll see this one clock up even more reviews next month. No other favourites and I don’t think this has ever happened before. Usually we’re all mostly reading the same thing, but this month, we’re all branching out and reading different titles. Kind of excellent, really. And now I have some different titles to feature, so thank you to all of you for reading so widely and making my job here just that little bit more adventurous.

The Cinema at Starlight Creek by Alli Sinclair was reviewed positively by myself (Theresa Smith Writes):

Old world movie glamour was captured to perfection within this story and I felt as hough I was transported while reading it. Likewise, the vivid descriptions of the Starlight Cinema itself were evocative of days gone by, the beauty of it apparent in the way Alli brought it to life for her readers. She has such a skill when it comes to breathing life into her stories, sprinkling a special kind of magic throughout that speaks to me of a great passion for her subject, no matter what she writes about.

And also by:
Brenda @ Goodreads and Veronica @ The Burgeoning Bookshelf

Heart of the Grass Tree by Molly Murn was reviewed by Jennifer Cameron-Smith, who found it to be a challenging, yet rewarding read:

There are many different characters, perspectives and stories in this novel. The island’s physical isolation is strongest in the nineteenth century, but isolation takes several different forms and has different effects on individuals. In the nineteenth century, the work of the Indigenous women was essential for both the survival and the profits of the sealers. Most of the sealers did not appreciate this. Their actions have repercussions for all whose lives follow.
This novel requires the reader to become fully engaged in the story, to try to understand actions and consequences and make sense of them. Piece by piece, stories can be unearthed and fitted together but never completed. The final pieces are always somewhere in the inaccessible past or, perhaps, in the unknown future. And that’s okay because this is only partly a story about people, it’s more about time and place. The Killing of Louisa by Janet Lee was thoughtfully reviewed by Whispering Gums who found it to be:

…not only an engrossing story about a shameful case from the past, but one that intelligently grapples with the challenges of presenting such a case through historical fiction.

The Stars in the Night by Clare Rhoden was reviewed by Kate Murdoch:

The Stars in the Night is an accomplished novel, telling the story of two brothers, Harry and Eddie. Their destinies are changed forever when they decide to sign up for battle, first in Gallipoli then France. The author portrays trench warfare in sensory prose. This was done with great skill. I gained a deeper understanding of trench warfare in a physical, visual sense. A well-told, insightful and ultimately uplifting novel.

Well that’s a wrap for this month. Hopefully we’ll see an increase in historical fiction for June. Until then, enjoy your reading and the steadily cooling temperatures. Next stop, blanket weather!

The Historical Novel Society of Australasia is once again holding a conference. If this sounds like something you’re interested in, visit their conference webpage here.