Classics and Literary Round-up: May 2019 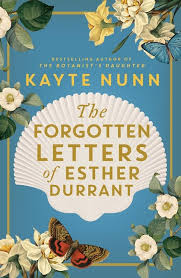 How quickly the year is marching on. I know we say it every year, but it’s true isn’t it! May is worth hurrying to, however, because it’s when the longlist for our most famous literary award, the Miles Franklin, is announced. I’ll discuss that below along with other awards news, but first…

Actually, May wasn’t quite as mighty as recent months have been, nor as last May was. In fact, this May we saw less than half the number of reviews posted as last year. However, the good thing is we are all still reading and posting reviews. So, 33 reviews were posted for 29 books, meaning there was a good spread …  Here are some highlights:

No classics this month, but as regular round-up readers here know, I leave the heading is as a reminder to us all, myself included.

Given the large number of recent books reviewed – and in fact 20 of this month’s reviews were for books published in 2019 – I’ve decided to focus on the newest of them this month, for a change.

Let’s start with the most reviewed book this month, Kayte Nunn’s historical fiction novel, The forgotten letters of Esther Durrant, which was, in fact, published in May. It was reviewed by Theresa Smith (Theresa Smith Writers), who describes the

an exploration of mental illness at a time when respectful care was still in its infancy. Esther is incarcerated, at the will of her husband, at a remote private hospice, located on an island off the Cornish coast.

Ashleigh (The Book Muse), and Jennifer Cameron-Smith (GoodReads), like Theresa, enjoyed the novel. All praised Nunn’s handling of the dual story-line, with Jennifer saying:

There are several different stories contained within this novel, and I found each of them satisfying. While some of the connections between 1951 and 2018 are obvious, others are more subtle. Each of the women has a story and there are secrets to be revealed. Affairs of the heart are rarely straightforward.

One of the many books receiving one review in May was Andrea Goldsmith’s Invented lives, which was published in April. It tells of a Russian-Jewish book illustrator who emigrates to Australia in the mid 1980s, and was reviewed by Jeanette Delamoir for The Newtown Review of Books. She expresses some reservations about the balance achieved in the novel between exploration of the theme and character development, but she praises it overall, saying that it

resists simplifying the messiness of real life and avoids tidying up unresolvable conclusions, giving it a satisfying integrity.

Meanwhile, published in March was Stella Prize winner Carrie Tiffany’s latest novel, Exploded view, which which was reviewed twice in May. Janine (Resident Judge of Port Phillip) and Kate (booksaremyfavouriteandbest) reviewed this tough book that has garnered a wide variety of opinions. Janine writes:

Threaded through the book is a sense of menace, but there is no plot or climax as such […] Tension held for a length of time becomes excruciating, and I felt that way about this book.

She feels it would have been better as a short story. Kate calls it “brutal and tragic” but says there’s “beauty in Tiffany’s words”. She gives it a 4.5/5 rating, concluding:

This book is devastating because while fictional, we know it’s truth for many girls.

Over the years of the Challenge only a handful of plays and screenplays has been reviewed – in fact, just 8, I think. Most of these have been contributed by Netherlands-based n@ncy who added two in May – for  Nakkiah Lui’s Black is the new white and Kendall Feaver’s The almighty sometimes.

Many Australians will know Nakkiah Lui for her work in television on shows like Black comedy, for which she writes and acts. Her play, Black is the new white, won the playwriting award in the 2018 NSW Premiers Literary Awards. Reviewer n@ncy tags it as a “must read” and says that it contains characters who

Kendall Feaver’s The almighty sometimes won the playwriting awards in 2019 in both the NSW and Victorian Premiers Literary Awards. It’s a mother-daughter play, about an 18-year-old girl with mental health issues who wishes to stop her medication. N@ncy says

It’s clearly a strong, confronting play, and one, not surprisingly, that n@ncy says is best seen on stage.

A few awards made announcements this month, so I’m sharing them in the chronological order of their announcement, with their number of reviews posted to the Challenge as at the time of posting. Interestingly all have been reviewed for the challenge, but none this month:

These awards cover include many categories, and some were won, of course, by male writers, but women did win a couple that are relevant here:

Created in 1997 by The Sydney Morning Herald, this award is made to writers who are aged 35 years or younger when their book is published. Novelists can win more than once. While it is made to “young novelists“, the award is made for a particular novel. The number of awards made each year can vary, but it’s been four for the last three years. This year two of those four were women:

This year 10 books were longlisted for the Miles Franklin Literary Award (compared with last year’s 11). Exactly half – that is 5 – are by women writers. They are

Interesting eh? Two books have been well reviewed by us, while three have barely been reviewed. I wonder why?Lucashenko has an established career, but so does Jones, while Sorensen’s book is a debut. The great thing though is that all of them have been added to our challenge review database at least once.