History Memoir and Biography Round Up: June 2019 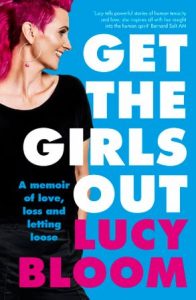 Reviews in the History, Memoir and Biography category continue to roll in at a steady pace, with fourteen reviews of thirteen books over June. Books that have received good reviews in the past attracted new readers during the month. Bri Lee’s Eggshell Skull received two very positive reviews from Angharad Lodwick – Tinted Edges and Kim Forrester @ Reading Matters. Jessica North’s Esther also garnered two reviews during June with reviews by Jennifer Cameron-Smith and Claire Holderness.  Theresa Smith reviewed Lee Kofman’s Imperfect and the Stella Prize winning The Erratics was reviewed by Cass Moriarty. Janine Rizzetti reviewed Michelle Scott Tucker’s Elizabeth Macarthur: A Life at the End of the World. In reference to this last book, during June Jennifer Cameron-Smith returned to an old 1914 book published by Elizabeth’s grand daughter Elizabeth Macarthur Onslow and her daughter Sibella Macarthur Onslow.  Some Early Records of the Macarthurs of Camden contains many of the source documents used by later biographers- but it might be difficult to track down a copy!

Two of the memoirs reviewed this month could perhaps be described as ‘inspirational memoir’ ( a completely invented term of my own!) Louise at A Strong Belief in Wicker reviewed The Joyful Frugalista by Serina Bird(2019), which included chapters about the author’s own story of her marriages, her habits and goals, as well as advice on growing your cash, being more savvy with your money and living life more abundantly. Meanwhile after personally meeting and admiring the author, Emily at A Keyboard and an Open Mind read and reviewed Lucy Bloom’s Get the Girls Out (2019). Emily wrote: A lot of this memoir is about the last four or five years of Lucy’s life. In 2015, she was fired from her job as the CEO of a high-profile charity, and soon after, her husband of twenty years asked her for  a divorce. While this tore her apart, it also gave her the opportunity to pursue opportunities and a side of herself that she may never have otherwise, instead always bowing to obligation….Lucy is incredibly gutsy and that really comes through in this book. She writes in a really conversational way; you feel a bit like you’ve been friends with her for years and you’re sitting around a table on her back porch with a drink while she tells you these stories from her life…It is definitely a memoir in terms of organisation, with chapters based around themes of attributes that Lucy aspires to, rather than an autobiography with a linear story. (Read review here)

Inspirational, but in a more historic sense, are at least 24 women who went to the various theatres of war to act as surgeons, anaesthetists, pathologists and medical officers during WWI described in Ruth Lee and Heather Sheard’s Women to the Front: The Extraordinary Women Doctors of the Great War (2019). Jennifer Cameron-Smith wrote in her review: Ashleigh at The Book Muse wrote:

Their stories are collected here in five parts, each divided into a year of the war, and from there, into chapters that are then divided by theatre and location for each woman or several women who worked together. From Gallipoli to Ypres and Passchendaele, the battlefields of France and Belgium, and the many men they helped and treated after battles, this book tells the stories that I wish we had learned about in history, or at least been given a side box on in text books to investigate on our own for assignments…(Read her review here).

Tanya Bretherton has released another new true-crime history, after her book The Suitcase Baby was published last year. Her 2019 book The Suicide Bride looks at the phenomenon of a husband murdering his new bride or wife, then killing himself for reasons largely unknown through the case of Alicks Sly and his wife Ellie in 1904 Sydney.  Amanda@MrsB’s Book Reviews noted:

Bretherton has drawn on a range of sources to inform her account. These key sources include prison records, police gazettes, court transcripts, newspaper reports, witness statements and family accounts. These all worked together to provide a detailed picture of the Sly case and those of a similar nature…..Raising themes of mental illness, domestic violence, poverty and crime, this true account of the darker side of human nature is incredibly gripping -from start to finish.(Read her review here.)

Finally, Cass Moriarty reviewed Lynette Russell and Penny Olsen’s Australia’s First Naturalists (2019) which recognizes the barely acknowledged and complex knowledge that was shared with colonial naturalists and collectors through the indigenous Despite the well-documented legacies of colonial naturalists, in recent years there has finally been increased and well-deserved recognition of the role of Australia’s Indigenous people in collecting, naming, cataloguing and sharing their understanding of this country’s native fauna….Printed on thick, glossy paper, the book contains reproductions of early drawings and paintings, and later, photographs, on almost every page, and includes an extensive index and notes section. And while the writing is precise and scientific, providing essential research notes, the text is written in an easy-to-read, informative and entertaining style, which makes it much more than a scientific resource. It is also the story of Australia’s first naturalists provided through fascinating anecdotal evidence. (See her review here).