General Fiction Round Up: November 2019 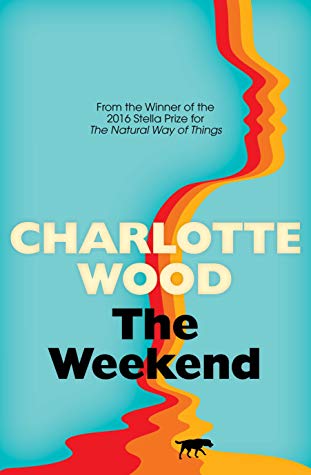 Reviews continued steadily for General Fiction in November with 59 reviews of 52 books. Literary fiction featured this month, with four reviews of Charlotte Woods’ new book The Weekend. After The Weekend, Jenn J. McLeod’s new book House of Wishes was most reviewed with three reviews from regular General Fiction reviewers. Let’s delve a little deeper into these featured titles.

Charlotte Wood is of course well known for her novel The Natural Way of Things which won a stack of awards including the Stella Prize in 2016. Her new novel has been much anticipated, and reviewers Jenny Mustey,
Theresa Smith Writes, Jo @ Booklover Book Reviews and Maureen Helen can give potential readers an idea of what they might expect from it. Maureen on her blog How to be Eighty has read all Woods’ books and says this is the best one yet. Maureen was enchanted by the story of three friends in their seventies who converge on a beach house in Sydney to help clear it out for another, departed friend. Described by Maureen as a character-driven novel, she says, “Perceptive, gut-wrenchingly sad and superbly written, this book also includes enough humour to lighten the story.”

Joanne over at Booklover Book Reviews says that “Wood has tapped into the psyche of female friendship – the good, the bad, and the downright ugly – like no author I’ve read before,” and has described the book as “Compelling and cathartic”. In case you’re worried the book might be too dark for summer holiday reading, take note of the judgment of always-trustworthy Theresa Smith Writes, who describes it as ‘Brilliant’ and ‘Uplifting’.

With all this praise already heaped on the book I wasn’t really surprised to open Jenny Mustey’s review on Goodreads and find she’d given it five stars. “Amazing novel… there is so much in it to think about, to reflect on and to feel totally in awe of her writing.”

Over to our other featured title, this time in contemporary rural fiction, the story in Jenn J. McLeod’s House of Wishes also hinges on a death. “An actress and dancer, mourning the loss of her marriage, a pregnancy, and her mother in quick succession, forty year old Beth is at a crossroads in life when she arrives in Calingarry Crossing, unprepared to discover a legacy of life-changing secrets, and find romance with local farmer, Tom,” writes ShelleyRae@Book’dOut. ShelleyRae thoroughly enjoyed the book, giving it four and a half stars. Brenda also reviewed House of Wishes this month, while Amanda had Jenn J. McLeod over for Tea with Mrs B. Brenda said of the novel, “An emotional, heartfelt novel that kept me involved from start to finish, House of Wishes is one I highly recommend.”

There are definitely some possibilities for the book-lover’s Christmas stocking or Secret Santa in this month’s General Fiction reviews. Keep reading everyone, and thanks as usual to our reviewers!