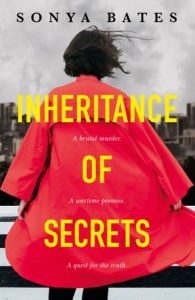 Are the last two months as much of a blur for you as they are for me? A blur in that the days seemed so much the same that they are hard to differentiate? Luckily, in Australia, we are now able to gradually relax some of our restrictions. I wonder how everyone is feeling about that? Burying our noses in books, or popping our heads up to see what’s out there? Anyhow, on with April …

Interestingly, despite the shutdown, we have clearly not all been reading. Forty-nine reviews is somewhat lower than March’s 63 or even last April’s 60, but this is such a weird year that I reckon we’re happy with anything our contributors are able to do. I know I didn’t read as much in April as I usually do, so why would I be different? Here are some statistical highlights:

This month’s classics are Miles Franklin’s Bring the monkey (1933), reviewed by Bill (The Australian Legend), and Ada Cambridge’s A humble enterprise (1896), plus two by Catherine Helen Spence, reviewed by Emma.

Bill commences his review of Bring the monkey with:

Miles Franklin, whose champion I am meant to be, is sometimes a terrible writer and this is one of those occasions. She tries very hard to be cute and succeeds only in being annoying. This was a stage she went through and she (largely) got over it.

Bill’s review is entertaining. I particularly liked his comment that “In the last few pages there is a confession including to a death we weren’t even thinking about.” Fortunately Miles Franklin wrote some “real” classics too! And, ya gotta love Bill’s edition’s cover.

Emma commences her review of Ada Cambridge’s A humble enterprise by describing its set-up:

A Humble Entreprise opens with a familiar scene of 19thC novels: Joseph Liddon, a dutiful clerk at the Churchills’ offices and dies in a tram accident, leaving his wife and his three grown-up children without an income.

She found it a “fluffy novella” but also enjoyable because it was what she felt like reading at the time. She also says that it “doesn’t seem to be one of Cambridge’s most famous books, it’s not even listed on her Wikipedia page.” Well, it is now!

Emma also reviewed two books by South Australia’s Catherine Helen Spence who was, among other things, a suffragist and a social worker, as well as an author. Mr Hogarth’s will (1865), says Emma, is Spence’s “most famous novel”. It’s about a guardian uncle’s will that leaves his closest heirs, two young women, “with almost nothing”, because he “wanted them to use their skills to provide for themselves. He was certain that their education was enough to help them find a well-paid job.” Emma emphasises that this book, which conveys such modern ideas, was written in 1865. She loved the book.

Spence’s autobiography lets the reader hear her voice, the voice of a caring, intelligent and energetic woman. She had strong beliefs and values and put her heart in the causes she chose to advocate. She fought all her life for effective voting. She was still on the board of various social services when she was in her seventies.

I’m glad I read Spence’s autobiography because there were a lot of interesting information in it but it’s not exactly a smooth read. Her prose is a bit heavy and sounds more like an account than a story.

This month’s classics are such an interesting bunch of lesser known books!

This is a pretty packed post, but I would like to highlight a review of an older book by one of this month’s top reviewers, Jennifer Cameron-Smith. Why? Because it’s a book I don’t know! Good enough reason? The book is Sustenance by Simone Lazaroo. Published in 2010 by the University of Western Australia Press, it was a Barbara Jefferis Award shortlisted book in 2011. Set in a classy hotel in Bali, the novel, writes Cameron-Smith,

contrasts Western privilege with local reality. The ignorance of history and tradition, the disrespecting of customs and the values of others is uncomfortably clear. The expectation that every need will be met, the selective blindness applied to obvious local poverty. The locals, they tell each other, are so friendly. They don’t stop to consider why.

It’s an “uncomfortable read” says our reviewer, which makes it just the sort of book I like.

The two announcements most relevant to this Literary corner were:

Both books have been reviewed for the challenge, with three reviews for The yield being posted in April. Denise Newton (Denise Newton Writes) sums the book up beautifully when she says:

The author does not flinch from dealing with the troubling issues and problems that beset many Indigenous communities around Australia. In doing so, she places them firmly within the context of inter-generational trauma, the fracturing of families, communities and culture that began with the colonisation of this country by the English just over two hundred years ago.

Kate (booksaremyfavouriteandbest) describes it as a “big story, plump with important themes, lush language, and rich history”, and I concluded my review with “its three very different voices challenge our minds to think carefully about what we are reading, while its plot and characters engage our hearts”.

The 2020 winner of The Australian/Vogel literary award for an unpublished manuscript by a young writer is K.M. Kruimink’s A treacherous country, which is set in 19th century Tasmania. Judge and author Tegan Bennett Daylight called it a ‘witty, warm and lively story’. We have no reviews for this book yet. We’d love to see some soon!

The Australian Book Industry Association Awards have many categories, but the one of greatest relevance to this corner of the challenge is:

Literary Book of the Year (4 of the 5 by women)

All have been reviewed for us, with three appearing in April. For this post, I’m choosing Favel Parrett’s novel which was reviewed by Janine Rizzetti (The Resident Judge of Port Phillip) and Kim Forrester (Reading Matters). It has three threads, two set in Prague (in 1938 and 1980) and one in Melbourne (in 1980), telling the story of twin Czech sisters, mainly through the eyes of their grandchildren. Janine enjoyed the book though wondered whether the complex structure was necessary for what was “actually a simple, if profound story”. Kim also loved it, saying that “sometimes you read a book and it becomes a total balm for the soul. This was the exact feeling that was evoked when I read Favel Parrett’s There was Still Love”.

Six of this year’s Miles Franklin longlist are by women. All are by established authors, but one – Act of grace – is a debut novel by a writer whose main oeuvre to date has been narrative non-fiction.

Again, all have been reviewed for the Challenge, with the last two having reviews in April. As I’ve shared those for The yield above, let’s look at Wood’s The weekend here. It was reviewed by Kate (booksaremyfavouriteandbest) who found much to think about in this book about friendship between older women. She writes that:

The book also highlighted the fact that enduring friendships have highs and lows, ruptures and repairs. The women’s observations about the things that irritated them about the others made me laugh and feel a little heartbroken …

While the protagonists are older women, this book has much to say about friendship for any age.