Children’s and Young Adult Round Up: August-September 2020 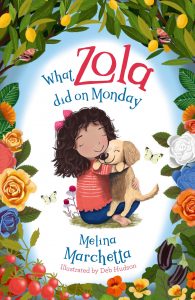 August saw yet another boom in books for children, with an increase from last month by eleven from two to thirteen in young adult books. So far this year, we’ve had double the number of children’s books than young adult books. To further break that down, young adult seems to have more books with multiple reviews each month, whilst children’s have had more breadth and diversity in the stories and formats being read. I’m not sure why this would be, but it is an interesting trend that has cropped up the past few months. As Virginia took care of the non-fiction books in the non-fiction round up, I’ll be focusing on fiction from now on.

We had nineteen reviews entered in August, covering a wide range of genres and themes in picture books and novels. Dark Matter Zine and The Book Muse had the most books read and entered this month, with other reviewers filling in the rest. Like most months, there are some authors who repeat, but they are also different books in a series, for example, rather than the same book over and over.

Because of the decision to focus on fiction, the reviews quoted here will come from Dark Matter Zine and I, as our reviews were the ones available to do this.

The team at Dark Matter Zine reviewed eight books this month. A couple of posts examined all the released books in a series.

What Zola Did on Monday by Melina Marchetta, which focuses on relationships, and is great for independent readers. 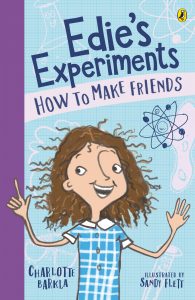 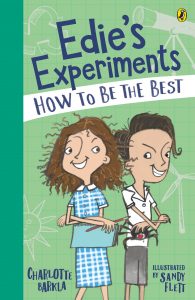 Edie’s Experiments by Charlotte Barkla – both books in the series were reviewed in the same post, and the team says it is fun and light-hearted, and perfect for younger readers.

I read several books this month, but the two that stood out to me were the final two books in The Girl, The Dog and the Writer series. 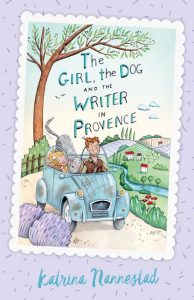 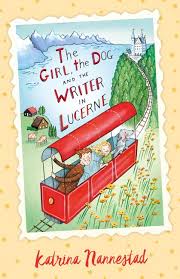 The Girl, the Dog and the Writer in Provence and The Girl the Dog and the Writer in Lucerne continue, and eventually conclude, the joyful, touching and emotional story of Freja, Tobias and Clementine. For me, it was the perfect way to travel during lockdown, yet at the same time, made me long for France, Italy and Switzerland, for gelato, pastries, and chocolate. Aimed at confident readers aged ten and older, this is a series that is touching and deals with family, loss and new experiences, and is one that I highly recommend.

Other reviews can be read at The Book Muse.

We had twelve reviews, four of which were for the same book, The Erasure Initiative by Lili Wilkinson, reviewed here by Shelley Rae. It looks to be quite a popular book, and maybe this will be the impetus for me to add it to my ever-growing to be read stack that seems to grow daily from book purchases, and review books arriving! 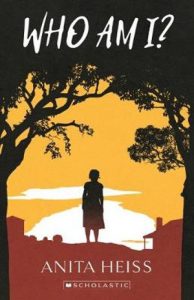 Another book that stood out this month to me was Dark Matter Zine’s review of Who Am I? by Anita Heiss,  which is another book on my very long TBR list (I promise, I am getting there!) This one stood out because of the themes it explores, and one that perhaps we should all read. To fully understand Indigenous history, books like this are a good start for all readers, and will hopefully start conversations amongst all sectors within society. 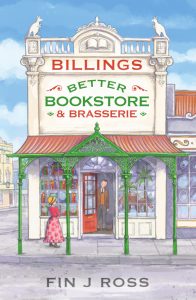 Jennifer Cameron-Smith and I both reviewed Billings Better Bookstore and Brasserie by Finn J Ross.  Set in pre-Federation Melbourne, this young adult mystery is a gentle, and touching story about how a young orphan makes her way through a new life – and the alphabet – showcasing a love of words, literature and the power of knowing how to read and write, and what this can mean for your future. It is one that we both fell in love with, and that we will both be revisiting as soon as we can. 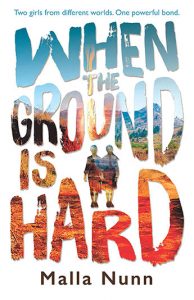 Finally, I reviewed When the Ground is Hard by Malla Nunn. This is one for older readers, aged twelve and over. Swaziland in the 1960s is deeply affected by apartheid South Africa, where whites, coloured people and blacks (the arbitrary categories and terminology used at the time), are forced to live, work and go to school separately. The main character, Adele, attends a coloured school, and is in a new situation this year. She is sharing a room with the poor student, Lottie. Together, they will navigate issues of racism, class, ableism and gender in a world that is not quite ready for two girls like them.

The books included this month all had powerful themes of inclusion and friendship, and its nice to see more being read each month. Bring on September!