History Memoir and Biography Round Up: October 2020 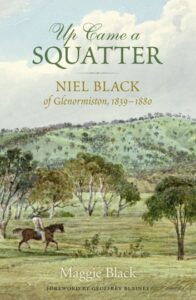 October brought us seven books in the History, Memoir and Biography genre. This was not a large tally for the month, but perhaps we have other more exciting things to do now that lockdowns are easing across Australia. Four of these books have been mentioned in round-ups previously. Sue at Whispering Gums read Julia Baird’s Phosphorescence, and you can read her review here.  Nadia King read Kate Grenville’s Searching for the Secret River, Grenville’s memoir of researching her prize-winning novel, based on her own family history (review here). Another book reviewed during October which has received several reviews over the last three years is Paula Keogh’s memoir The Green Bell: A Memoir of Love, Madness and Poetry. Especially if you’ve read or heard of the book (and even if you haven’t) I really encourage you to read Virginia Ives’ nuanced and detailed review. Finally, Jacqueline Kent’s biography of Vida Goldstein Vida: A Woman for our Time received two more reviews: one from Theresa Smith, and the other from Janine at Resident Judge.

So, newly reviewed books  in October, going chronologically by subject:

Historians of the Western District of Victoria are familiar with the pastoralist Niel Black, who is the subject of Maggie Black’s biography Up Came a Squatter: Niel Black of Glenormiston 1839-1880 (2016). Janine at Resident Judge noted in her review:

A 35 year old tenant farmer from Argyllshire, Scotland, he arrived in Melbourne 1839 as part of a Scots-based syndicate that aimed at taking leasing land, raising sheep, selling the wool, making money and then getting out and heading back ‘home’. …Niel Black wrote journals and voluminous letters – particularly to his business partner T.S. Gladstone, and these have been drawn upon heavily by historians of the Western District. …The wealth of his writing has enabled Maggie Black to write a well-rounded biography that makes explicable the convoluted Selection Acts legislation that tried to curb the power of the squatters. In his writings we see the mechanics of imperial – in this case Scottish – capitalism at play, and the emotional tensions that emerged when finance, family and competitive pressures made their demands. (Review here)

For something completely different, Mia Walsch’s memoir Money for Something (2020) is the memoir of a sex worker working in Sydney. In her review, Jackie writes that the book is: 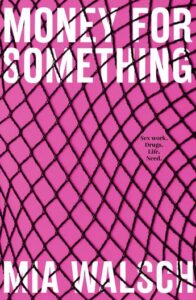 an exploration of how you address feeling nothing: operating without the same sense of prohibition other people seem to have. Sex work, drugs, BDSM all seem inherently less risky when your baseline is that you’re a bad/unworthy/unloveable person. …Walsch’s writing is brusque with short, non-flowery sentences, so the narrative moves at a good clip. …Money for Something is pretty right-on, with tight and careful writing about a period that actually sounds like it would have been very loose. Maybe that’s the bit that didn’t sit gel for me: it felt like reimagining the kaleidoscopic, technicolor past through a grown-up lens that stripped out the colour. Maybe that’s the process of memoir writing itself, though? (Review here) 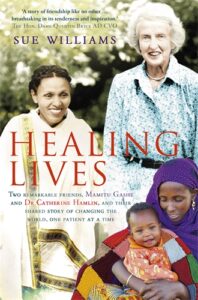 We don’t often feature interviews with authors, but during October Theresa Smith posted an interview conducted with Sue Williams, the author of Healing Lives (2020). The book tells the story of Mamitu Gashe, former patient turned ‘barefoot surgeon’ who operates and instructs other surgeons at the Addis Abada Fistula Hospital conducted by Dr Catherine Hamlin in Ethiopia. You can read the interview with the author here.