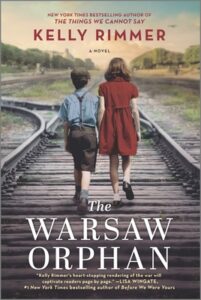 And so the year rolls on, with a third of it gone. Can you believe it? I’m pleased to report, however, that the Challenge in my neck of the woods seems to be going well, with a goodly number of reviews this month. I’m even more pleased that there is a wonderful spread in our statistics this month with several books and authors gaining our attention… as you will see in April’s report below.

It’s getting cold in our southern hemisphere, but April is usually still an agreeable month, all things considered! It was certainly agreeable in terms of our review numbers, which at 60 was a little lower than March’s 67, but significantly higher than last April’s 49.

Just one classic this month, and it’s a real classic for us, as it has been reviewed 14 times for the challenge since 2012, Melina Marchetta’s 1992 YA novel, Looking for Alibrandi. Those numbers support that “standing the test-of-time” criterion for a classic, don’t you think? Emily (A Keyboard and an Open Mind) reviewed it for the challenge. She wished, she said, that she’d read it when she was the age it was written for. She writes that it

beautifully explores what it is like growing up caught between two identities, and how that can affect family and friend relationships. It’s hard to explain exactly what it is, but there’s something really Australian about the tone and voice of this book.

It’s been a while since we discussed “literary” crime here, but over 15% of the reviews for this month were categorised as Crime (often in combination with other genres, such as Historical Fiction). One is S.L. Lim’s Revenge: Murder in three parts. Shortlisted for this year’s Stella Prize, it received three reviews this month – by Jennifer Cameron-Smith (GoodReads), Kate (booksaremyfavouriteandbest) and Kim (Reading Matters). Kate’s post explains why this crime novel, that is set in Malaysia and Sydney, fits into the literary corner of the challenge. She says that while the book delivers exactly what the title promises, it “is far from a traditional murder story”. She argues that the novel’s success stems from the main character’s bitterness, although she “wasn’t a huge fan of the pacing and change of style in the last section of the story (a 22-page epilogue)”. Kim, on the other hand, states that the novel

is not a crime novel. Instead, it’s a beguiling tale of a Malaysian woman who finds herself on the wrong side of the gender divide, constantly overlooked by her parents in favour of her older brother …

Kim greatly liked the novel, saying that it

is a powerful story about women’s inequality, domestic abuse, impoverishment and the struggle to live your most authentic life. And it asks important questions about revenge, guilt — and redemption.

Jennifer found it a provocative novel too. She “finished the novel wondering about the relative unfairness of life for Yannie and so many others”.

Cassandra Austin’s novel, Like mother, also garnered three reviews this month. Some of the factors that make this 1969-set novel about a missing baby particularly interesting are that it takes place in a day, and, as Jennifer (GoodReads) says “the reader cannot be certain about the reliability of the narrators” which makes it “difficult to work out who (if anyone) can be trusted”. Brenda (also GoodReads) agrees with Jennifer about the unreliability of the narrators, but she “struggled to get into” the novel partly because she didn’t like any of the characters, which is important to her. Our third reviewer for the novel this month was Kate (Underground Writers). She found it “gripping”. She said the book “dredges up ghosts from the past and confronts demons of the present” and the book is powerful for her for its exploration of “the pressures of unattainable perfection placed on women”.

It’s clear to me from these reviews – which don’t fully agree on exactly what sort of novels they are – help explain why the reviewers have classified them as literary. In other words, they sound a bit “slippery”!

A more traditional crime author who often finds herself in my corner is Dervla McTiernan. This month Maureen Helen reviewed her novel, The good turn, and makes clear what is special about it:

The Good Turn exhibits in abundance all the requirements of police procedural/crime novels. Dervla McTiernan also combines the elements of her genre with seriously good writing.

McTiernan, she says, also “captures small telling details”, and, this made me laugh, McTiernan “describes things we didn’t know we needed to know”! For example, she explains, how, from her detective’s point of view, “a Hyundai i30 Estate squad car could be most unfit-for-purpose”.

I don’t know about you but, although I’m not a big crime reader, these reviewers have tempted me.

Three Awards announcements were made over the last month, including some winners!

Winner of the Stella Prize was Evie Wyld’s The bass rock.

Women writers featured well in the sections of most interest to the Literary part of our challenge:

I’m not sure we’ve always reported on the Sydney Morning Herald’s (and The Age’s apparently) Best Young Novelists Awards which are given to books published before their authors are 35 years of age. The number of awards made each year can vary, but this year there were three and they were all by women writers:

I’m thrilled to be able to report that all the above winners and shortlisted book have been reviewed for the channel. Way to go, team.