Short Story Round Up: February, March and April 2021 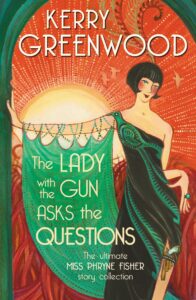 Let’s dive straight in to this Short Story Round up for February, March and April 2021.

The most reviewed title over this period was The Lady with the Gun Asks the Questions by Kerry Greenwood. Published by Allen and Unwin, this contains seventeen stories previously published in 2008’s Death in Dalesford, and four new stories. Shelley Rae at Book’d Out says though she was a little disappointed there were only four new stories in the collection, overall she writes the book was ‘Clever, entertaining, and charming, I found The Lady With the Gun Asks the Questions to be a delight to read.’  Mrs B Book Reviews says she couldn’t fault the history, period detail and setting base, along with the loyal characterisation. ‘Kerry Greenwood knows her cast like the back of her hand.’  Adding the collection is a fine addition to the series. Brenda’s Reviews seconds this stating: ‘Phryne’s novels are something I enjoy, and this collection of short stories doesn’t disappoint. Recommended.’ Lastly The Book Muse summerises that ‘each story is just as skilfully and eloquently told as the novels, and Phryne and her world are exciting in both forms. I would love to see more short stories in this world, as the variety of narratives gives greater scope to give readers more of this world when read alongside the novels. This fun book ticks all the boxes and is certain to entertain new and current fans alike.’ 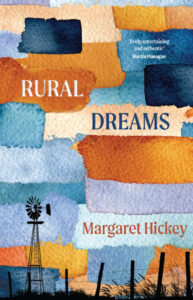 In Rural Dreams by Margaret Hickey Cass Moriarty’s Reviews says the author has the ability to recreate small-town feelings with a few sentences, a quickly-painted portrait, some lines of dialogue that resonate with an authentic ring. ‘If you herald from a country town or have ever lived or worked in a rural area, this collection will appeal to you. It will touch something deep inside.’ Whispering Gums says the collection is ‘a love letter to rural Australia, one that recognises the tensions and challenges, as well as the warmth and community.’ Adding Hickey ‘gently mocks Australia’s ongoing romance with the bush, giving us instead an image that is real and human. A truly engaging read. 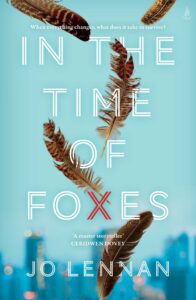 In the time of the Foxes by Jo Lennan is a strong collection that is accessible and easy to read and covers a lot of ground while managing to keep the reader tethered says Cass Moriarty’s Reviews. She suggests the book is for readers who are not fans of the short story genre (mainly those who dislike jumping from one topic to another and who feel they are just getting not the story and it ends). Cass writes ‘while each of these stories is completely different, there is a certain sameness to the writing, a consistency, a familiarity with the characters that almost makes it read like a novel.’ 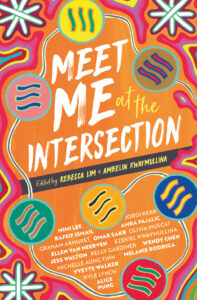 Meet Me at the Intersection published by Fremantle Press, is an anthology of short fiction, memoir and poetry by authors who are First Nations, People of Colour, LGBTIQA+ or living with disability. Amy at Lost in a Good Book says it’s filled with brilliant stories and pieces of work by authors who are showing that those marginalised and seldom heard voices can be just as powerful and have just as important stories to tell.  ‘It is an anthology filled with own voices and is beautifully, distinctly Australian. What more could you ask for? 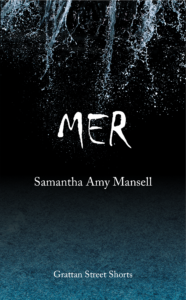 Mer by Samantha Amy Mansell an intriguing collection of short stories about Merfolk by an author interested in ‘intersectional feminism, bisexual representation in literature and creating fantastical worlds.’ Cass Moriaty writes on her website that the author’s exploration of ‘the Other, of fairy tales, of a binary-based rather than gender-based species and her examination of the whole social construct of language is meant to deliberately wrong-foot the reader, dismantle familiar structures and present us with a fantastical world that she has constructed with care and detail.’

Casss Moriarity also reviewed After Australia a collection edited by Michael Mohammed Ahmad and published by Affirm Press.Twelve diverse writers of both Indigenous and POC backgrounds, imagine Australia at some time in the future, ‘after empire, after colony, after white supremacy…’. Cass writes the result is a  ‘richly imagined collection that is sometimes humorous, sometimes poignant, and often terrifying.’

Veronica Strahan’s Reviews says The Good, the Bad and the Undecided by Laurie Bell, a multi POV short stories that ties in all the characters, is ‘a clever concept, well done, and a brilliant showcase of Bell’s amazing creativity.’

Helen’s reviews writes that A Sinister Sign by Beth Prentice is a great short story to introduce the reader to the author’s fun, cosy mystery series – The Wesport Mysteries.

Nadia King’s Reviews sums up The Collected Stories of Shirley Hazzard  by Shirley Hazzard as ‘Masterful writing. An absolute gem’. She writes ‘This collection is filled with stories about what it’s like to work in a huge, powerful and faceless bureaucracy which is a shame because her stories about human relationships are the ones that haunted me.’ In her second short story review Nadia King’s Reviews cites The Time of the Peacock by Mena Abdullah and Ray Mathew as ‘a gorgeous book. Charming and delightful narratives of a world almost forgotten – of Indian children growing up in rural Australia in the early 20th century.’

Just incase anyone is interested, here are a few new/soon-to-be released short story collections that caught my eye as I was trolling the depths of Booktopia late one night.

Smokehouse by Melissa Manning. ‘Set in southern Tasmania, the linked stories in Smokehouse bring into focus a small community and capture those moments when life turns and one person becomes another.’

Hold your Fire by Chloe Wilson. ‘Dark and dangerous, brilliantly unsettling and chillingly funny, this extraordinary debut shows us what we usually deny – the uneasy truce we make with our ruthless desires and gothic fears, and how easily it can be broken. Prize-winning author Chloe Wilson’s stories will pin you to the page’

She is Haunted by Paige Clark (To be published July 2021 by Allen & Unwin). ‘With piercing insights into transnational Asian identity, intergenerational trauma and grief, the dynamics of mother-daughter relationships, the inexplicable oddities of female friendship, and the love of a good dog, Paige Clark has crafted an exquisite, moving and sophisticated debut work of fiction. Full of wit and humour, She Is Haunted announces an entrancing new literary voice as contemporary as it is unique.’

Flock:First Nations Stories Then and Now, edited by Ellen van Neerven. ‘This wide-ranging and captivating anthology showcases both the power of First Nations writing and the satisfaction of a good short story. Curated by award-winning author Ellen van Neerven, Flock roams the landscape of Aboriginal and Torres Strait Islander storytelling, bringing together voices from across the generations.’

As Ellen van Neervan writes in Flock: First Nation Stories Then and Now:

gift to the reader.