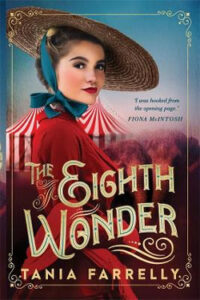 Little did I expect when I wrote the June round-up that so much of eastern Australia would still be in lockdown in July, and yet, here we are with Victoria in lockdown number 6, and Sydney (and other parts of New South Wales) in an extended lockdown. Oh well, such is life in these pandemic times.

Anyhow, as usual, awards announcements made over the last month are at the end of the post.

I’m calling July “Jumpy” because I think all around the world we are feeling unsettled about the Delta variant and where it’s going to take us – but fortunately that jumpiness didn’t stop us reading. Forty-eight reviews were posted this month, which is more than last month’s 41, and a little more than last July’s 45. Our 48 reviews were for 35 different books.

So, the special classic this week is a children’s picture book, Mem Fox’s Where’s the green sheep. Australia has such a wonderful children’s book tradition that I love seeing older ones popping up here, tagged as Classics. First published in 2004, Where’s the green sheep is probably not technically a “classic” yet, but it stays in print, meaning it keeps being read, and it has been translated into several languages, so I’m accepting it here. It was illustrated by the wonderful Australian artist-cartoonist, Judy Horacek. The review posted to the challenge is not exactly a review, but the book is discussed in a post by Tessa Wooldridge (Thoughts of an Idle Hour) on introducing babies to music through books. Tessa explores various aspects of music and the books that can be used to help introduce them. On pitch, for example, she says

Indeed, she says that

As a music primer in board book form, Where Is the Green Sheep? truly ‘tops the charts’. In addition to its in-built melody (based on a regular, repeating rhythm and the opportunities to create pitch variation), it lends itself to choice in dynamics.

If you have young children or grandchildren, do check out her post.

As Australians know, the first week in July has, for many years now, been designated as NAIDOC Week, which “celebrates the history, culture and achievements of Aboriginal and Torres Strait Islander people”. I thought it appropriate then to share reviews posted this month of books by First Nations Australian women writers. The books are two anthologies After Australia, edited by Michael Mohammad Ahmad and Growing up Aboriginal in Australia, edited by Anita Heiss; and two novels, Larissa Behrendt’s After story, and Leah Purcell’s The drover’s wife: The legend of Molly Johnson.

After Australia is an anthology of writings by Indigenous and POC writers on “after empire, after colony, after white supremacy”, with the contributors including Ambelin Kwaymullina and Claire G Coleman. Veronica Strachan’s brief GoodReads review is positive.

Though short stories are not my fave, these tales of a reimagined past and future were fantastic, challenging, chilling and hopeful.

Growing up Aboriginal in Australia has been around for for three years now, so it is good to see it still being read. It’s an enlightening and often confronting collection from a wide variety of First Nations Australians on what it’s like to grow up Aboriginal in Australia. Jonathan Shaw (Me fail? I fly!) admits that he’d come late to it, but says that “it’s a book that will remain fresh for a long time yet”.

Larissa Behrendt’s novel, After story, is the newest of the four I’m highlighting here. Brona (This Reading Life) reviewed it, saying that superficially, it seems to be “an uncomplicated, yet delightful tale about a mother and daughter embarking on a literary tour of England”. However, there is much more to this novel:

Behrendt has crafted a subtle story that references the aftereffects of having a stolen child. The intergenerational effects of domestic violence, trauma, and alcohol abuse are gently touched upon. She also compares the nature of white colonial stories and traditional storytelling .

Jennifer Cameron-Smith (Goodreads) reviewed Leah Purcell’s The drover’s wife: The legend of Molly Johnson, which is a bit confusing as Purcell has also written a play simply titled The drover’s wife. Jennifer writes

we have a story with the unsettling ingredients of violence and poverty, the subservient roles of women and Aboriginal people, and secrets. Henry Lawson’s ‘The Drover’s Wife’ provides a starting point for Ms Purcell’s novel (and her earlier play of the same title) but her story evolves far beyond Lawson’s short story. There are uncomfortable twists, reminders of prejudice and inequality, and of what people are driven to, sometimes, to survive.

Jennifer found a few anachronisms – which is always a risk in historical fiction – but she would still recommend the novel “to anyone who would like to revisit some of the legends we Australians tell ourselves about the past”.

Some exciting awards news have been announced over the last month, including the biggie, the Miles Franklin Award. Read on, if you are interested.

Nardi Simpson’s Song of the crocodile has been long- and shortlisted for several awards since it was published last year, so it’s lovely to see it winning at least one of them, the ALS Gold Medal.

Amanda Lohrey, who has been shortlisted twice before for the Miles Franklin Award, won it this year with The labyrinth.

The Queensland Literary Awards comprises many categories, but I’m just reporting on the two most relevant here:

All of these award-winning and listed books have been reviewed for the challenge, but none this month. Well, actually, I did review Nardi Simspon’s Song of the crocodile on 30 July, but forgot to post it to the challenge then, so, I will share something from my post:

Song of the crocodile was my reading group’s July book, and it resulted in one of our liveliest discussions this year, as we defended our diverse responses to its ideas, style, characters and tone.

For me it was an absorbing read. It is uncompromising in its portrayal of the insidious racism that First Nations Australians confront and the devastating impact of that on the spirit, but it also shows resilience in the face of that, and it affirms that culture is strong. That has to be a positive thing?