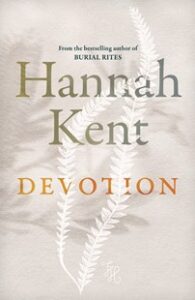 As many of you know by now, AWW is changing focus next year to older women writers, that is, to 19th- and 20th-century authors who may not have achieved prominence in their lifetimes, or whose works have been forgotten and/or overlooked. This is not to say that contemporary writing and writers will be forgotten, but those discussions will occur on our Facebook groups, Love Reading Books by Aussie Women and Australian Women Writers News and Events. I’d like here to thank Theresa Smith for the work she has done in coordinating the challenge over the last few years. She has done it with such generosity and good grace. It is wonderful that she will continue supporting the challenge by overseeing the Facebook activity.

Most of our round-up writers are finishing with their December-published posts, that is, these November round-ups. However, I am keen to do a little end-of-challenge analysis of Literary and Classics reviewing over the history of the challenge, so those of you who are interested can look out for me here as usual in the second week of January (or thereabouts!). All being well, posts in the “new” AWW will start in February.

Read that heading any way you like – I will just move on to the usual nos. (numbers!) November’s figures reflect a continuation of what we’ve been seeing over the last year, that is, holding the line. There were 35 reviews posted for the month, which is 4 less than last month (October), and 4 more than November last year. These reviews were for 27 different works.

This month’s classic was a favourite of mine, Thea Astley’s Coda. It was reviewed by our Netherlands-based contributor, N@ncy. N@ncy started reading Astley’s complete oeuvre and has now, she says, completed 13 of 17. Coda is about an older woman coping with ageing, and with her children’s reaction to her ageing. It has one of my favourite opening lines, “I’m losing my nouns”. Anyhow, N@ncy writes:

1. Coda examines the despair of old age.
2. Thea Astley is a truth-teller about  becoming an “aged” misfit in society.
3. Strong point: Ms Astley is still able to cut through
4. …the tragedy with a sharp literary wit.

She liked the book for these things, but overall N@ncy commented that while she’s a fan of Astley, she feels that her “later books lack the punch of her best books”. I don’t really agree … but N@ncy (I’m sure) and I would love to hear what you think!

Novella November has become, in recent years, an annual “meme” in the blogosphere, and a few novellas were added to our review database during the month. I’ve identified four from the November postings to the challenge, but there may have been others. These four, however, area all published by smaller publishers and beautifully exemplify this literary form. Novellas are, technically, defined by word count, but as readers rarely know this information, we tend to use page numbers as a rule of thumb. For some, 150 pages is the limit, but in general up to 200 pages is usually accepted.

The oldest of these is Vertigo, having been published in 2008. It was reviewed by N@ncy who read it for Aus Reading Month and Novella November. Nothing like killing two birds with one stone. In her unique style, N@ncy wrote

1. Veritigo is a stunner
2. Luke and Anna, thirty-something…. decide on a change.
3. Worn down by city life they flee to a sleepy village by the coast.
4. One senses that the change of living area is only nothing more than as escape
5. for a couple who have difficulty communicating.

The next two books, in terms of publishing date, are Christine Balint’s Water music and Helen Meany’s Every day is Gertie Day. These books were joint winners of the 2021 Viva La Novella prize. Jennifer Cameron-Smith reviewed (GoodReads) reviewed Balint’s historically-set Water music. Set in eighteenth century Venice, it tells the story of orphan Lucietta who is raised by a fisherman’s family but whose birth father had left money for her musical education. Jennifer called it a “glorious novella”.

The other winner was Helen Meany’s Every day is Gertie Day, and it was reviewed by me. It is set in contemporary or near future times, and concerns a new small house museum in Sydney commemorating a reclusive woman called Gertrude Thrift. She had been the subject of a series of paintings which are popularly known as the Elf Ears paintings because Gertie is depicted in them with pointy elf-like ears. The problem is there is no evidence that Gertie had such ears but some people have adopted her as their inspiration, and have had their ears modified to emulate the paintings. The novel explores art and politics, truth and authenticity, and is so relevant to our times.

The last novella won’t be published until February 2022, when it will be published in 14 languages. Impressive huh? It was advance-reviewed by Brona (Brona’s Books). It was the inaugural winner of The Novel Prize, which is a new biennial award established by Giramondo (Australia), Fitzcarraldo Editions (UK) and New Directions (USA). It is a mother-daughter story, and Brona calls it “delicious”. The publisher’s blurb starts with:

A young woman accompanies her mother on a holiday in Japan. The daughter has arranged their itinerary. They travel by train, visit galleries and churches chosen for their art and architecture, eat together in small cafés and restaurants and walk along the canals at night, on guard against the autumn rain and the prospect of snow.

Mothers and daughters, and Japan. I’m in. What about you?

Three awards made announcements over the last month, but I’ve only reported on three here, as the ARA Historical Novel Award was won by male author, Jock Serong.

The Small Press Network Book of the Year Award Winners

The joint winners for this  announced in late November were both by women:

Neither of these has been reviewed for the challenge.

Indigenous writing (3 of 4 by women)

Most of the books in these lists have been reviewed for the challenge, but there are some missing: Jennifer Down’s Bodies of light; S.J. Norman’s Permafrost; and Chelsea Watego’s Another day in the colony.