History Memoir and Biography Round Up: November and December 2021 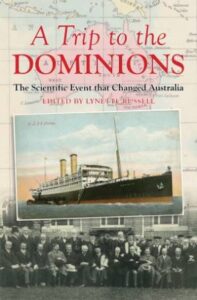 The History Memoir and Biography Round Up is always published on the fourth Wednesday of the following month, which almost makes it history itself by the time the end of the month rolls around! As you already know, the Australian Women Writers Challenge is changing direction for 2022, so I’ll combine the November and December reviews in this post, then write a final Yearly Round Up post later.

We obviously have other things to do other than read History Memoir and Biography at the moment, because we only received nine reviews for the two months, three of which have appeared in Round Ups previously. Denise Newton reviewed Mary Garden’s Sundowner of the Skies (review here), Janine Rizzetti read Ten Thousand Aftershocks (review here) and Shelley-Rae joined the eight other reviewers who have read Anita Heiss’ edited compilation Growing Up Aboriginal in Australia (review here).

If you hadn’t head of the British Association for the Advancement of Science before, you are probably not alone. Although a British-based organization, they held their conference in Australia in 1914, right as WWI started. Of course it involved a huge sea journey for many of the participants, although the Australian government stumped up a lot of money for fully-funded or subsidized fares. The conference started in Western Australia, and visited South Australia, Victoria, New South Wales and Queensland, with many sessions open to the public.

Lynette Russell is the editor of a small collection of academic essays about this conference in A Trip to the Dominions: The Scientific Event that Changed Australia (2021). Janine Rizzetti at Resident Judge wrote:

For anthropologists, the opportunity to travel to Australia and actually see ‘natives’, as distinct from reading about them from their armchair, or reading the untutored scribblings of local informants, was a real drawcard. Many took the opportunity – as you would – to extend their trip to the Antipodes for a bit longer to do some field research and catch up with old contacts. …I found this an interesting little volume, although it is probably aimed at a niche audience. I had not heard of this conference before, and it casts a light on the scholarly mindset that underpinned the early writing about indigenous society, very much from a London-based perspective. (Review here)

Memoir is usually the most popular of the triple-barrelled History/Memoir/Biography trio, and November and December were no exception.

In the opening pages of House of Kwa (2021) we learn that Mimi Kwa, journalist and newsreader, is being sued by her father. In an attempt to understand why her father, a famously litigious man, would sue his own daughter, 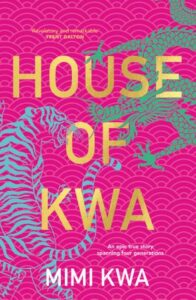 she explores her own family history and how it intersects with her own. Kim Forrester at Reading Matters noted:

Mimi Kwa’s House of Kwa is a memoir like no other. Written with honesty, vivacity and humour, it marries aspects of the historical novel with reportage to tell an epic story spanning four generations. …The first half of The House of Kwa reads very much like a novel than an autobiography, but when Mimi begins writing about her own lived experience the story becomes much more personal — and heartfelt. …House of Kwa is an intriguing memoir, one that explores family history, loyalty, patriarchy and tradition. (Review here)

Another family-based memoir is My father the Murderer (2021), co-written by daughter and mother, and based on a six-part podcast series in which Nina (the daughter) told her story. Jennifer Cameron-Smith’s review stated: 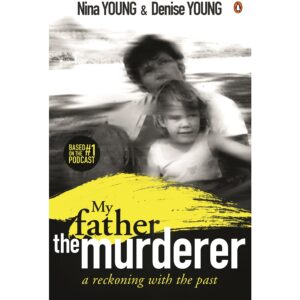 This is Nina Young’s story, of an uncomfortable search for the truth about her estranged father, Allan Ladd. This is also Denise Young’s story, about how she became involved with Allan Ladd, why she left him and the challenges afterwards.
…This is a well-written and moving account of what must have been a very difficult journey for both women. Denise may have been reluctant to revisit the past, but she found the courage to do so. And Nina? What a complicated story she had to unpack. …A courageous journey by both women, through a past full of psychological minefields, hopefully to a more comfortable future. (Review here)

Susan Francis, the author of The Love That Remains (2020) was privately adopted from a doctor’s practice in 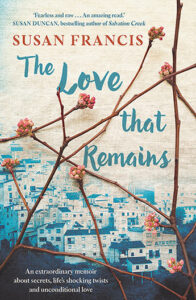 Newcastle, NSW. She grew up and travelled the world, living in Southern Spain, England, Indonesia and the central west of NSW.  In her review, Sharon Hill noted:

The Love That Remains by Susan Francis is a beautifully written memoir. Susan is one strong and very determined woman who spends countless years searching for her biological parents and trying to find answers about her past. …I must admit I haven’t read many memoirs, but this one was so well written and very interesting. It’s one of those books that when you finish it you sit there for quite a while afterwards just processing what you’ve read. (Review here)

Jennifer Cameron-Smith wrote another of her reviews, this time of Carly Findlay’s Say Hello (2019), in the form of a letter to 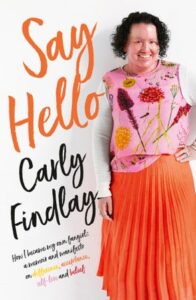 Dear Carly,
I would love to meet you one day. And yes, I would say hello. How could I not do so? Reading your memoir has educated and inspired me and reminded me that disability takes many forms. …And when I finished your book, just before you turned forty, I wanted to thank you for all you have achieved so far and to wish you well for the future. Your work as an activist for the wider disability community helps us all. (Review here) 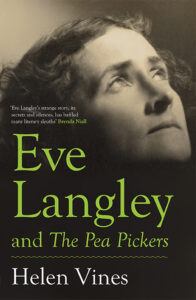 ‘The Secret life of us: Eve Langley and her family’. Right from the start, Vines indicates that her intention is to separate fact from fiction in the life of this Australian author, whose work appeared to be largely autobiographical. Brona from Brona’s books noted in her review:

Vines’ biography of Eve Langley is utterly absorbing for anyone who feels curious about or has an interest in her life and work. Some sections read rather like a PhD thesis, but in the end I came to appreciate this clear, precise way of presenting all the information. …Eve’s personality was larger than life.Her passion and creativity and genius leaps of the pages of her fiction, but so does her vulnerability and confusion. Vines captures all of this and more within the pages of this biography. A biography I did not want to end. (Review here)

Thank you again, reviewers, for such a varied crop of books!