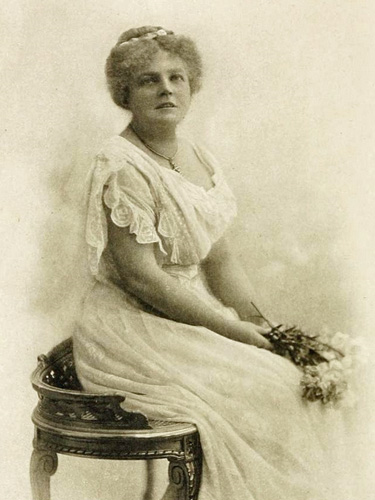 A comprehensive overview of the life and work of turn of the twentieth century writer, journalist and independent woman, Mary Gaunt.

Mary Eliza Bakewell Gaunt (born 20th February 1861 Chiltern, Victoria – died 19th January 1942 Cannes, France) was an extraordinary woman. Independent and adventurous as well as articulate, opinionated and determined, in a time when women were not encouraged to be any of these things. She travelled alone through Africa, China and Russia, despite being asthmatic, middle aged and somewhat out of shape.

She left behind an array of novels, short story collections and travelogues that describe an Australia long forgotten and a world as seen through the eyes of a white colonial woman. Such a remarkable feat should be celebrated and honoured, yet the only way to read any of her books right now, is via Project Gutenberg and Project Gutenberg Australia, or in the occasional short story anthology that can be found in secondhand bookshops. 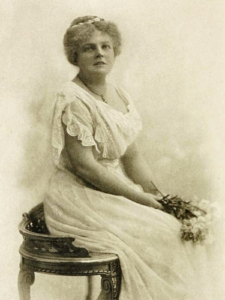 Why has this happened?

Various posts here at the AWWC have already addressed the many reasons why women from these earlier times may not have had their books reprinted or kept in the public eye, so I won’t go over old ground. However, one of the issues that does come up when talking about Mary Gaunt is the white middle class colonial attitude that underpins a lot of her writing. Is this the main reason why her writing is no longer in print?

I have been reading my way through her short stories, as well as some biographies, mostly from online sources such as:

The ADB tells us,

Mary Gaunt believed that a woman had the right to follow her own career and be financially independent, even if married.

The bio was written by an E. Archer, who has no further detail listed, but I suspect it may have been her niece, Ellinor Archer (1893-1979), a librarian and scientist, who penned it. The biographer then went on to say, somewhat harshly,

Mary Gaunt was not a great writer but she knew her limits and within them she wrote with economy, directness, imagination and energy. She told a story well and though she did not study character deeply, she was convincing.

The CANJ focuses on her journalistic writing career, where she wrote under the name M. Gaunt. This apparently appeased her mother’s displeasure about her choice to have a writing career as well as disguising her gender to the reading public. She practiced ‘immersive journalism’, visiting slum areas of Melbourne with nursing staff and embedding herself in a kindergarten so she could write about the poor and disadvantaged women and children in these areas.

From what I have been able to glean, there are two complete biographies about Mary Gaunt available in print. Mary Gaunt, Independent Colonial Woman | Bronwen Hickman (2014) and To the Ends of the Earth: Mary Gaunt Pioneer Traveller, Her Biography | Susanna De Vries (2010), which is the one I have read. Sadly, it is now only available as a print-on-demand book, which means it is riddled with typo’s. It often read like a draft manuscript, with odd notes from the author to check details or insert a photo and many annoying repetitions. However, the technical issues could not disguise the fascinating topic.

Mary’s father, William Henry Gaunt, claimed Plantagenet ancestry via Prince John of Gaunt (1340-1399). Upon arriving in Melbourne from Leek in Staffordshire, England, he joined the Victorian public service, quickly moving his way up the rungs from chief clerk to coroner, before becoming a barrister, then judge. Much of his work centred around the goldfields of the Ovens District in northern Victoria and mining laws became his specialty. It was during his time as Gold Commissioner, that he met and married Elizabeth Palmer from Yackandandah Station, who De Vries described as being from much more ‘humble circumstances than William Gaunt.’

Accordingly, once married, the new Mrs Gaunt proudly talked up her husband’s royal heritage, constantly referring to his ancestral home, Melton Hall, to ‘impress friends and neighbours‘. These ‘fanciful‘ tales were the stories that filled young Mary’s childhood. (The more likely truth was that William’s father, who was a banker in Leek, suffered financial difficulties that led to one of his many children leaving home to fend for themselves as best they could on the other side of the world.)

In keeping with her high hopes for the family dynasty, Mrs Gaunt was duly disappointed when her first two children were girls – Mary and Lucy. It wasn’t until the birth of Cecil in 1863, that she finally had her longed for heir, ‘who would always remain her favourite child. She lavished all her love on Cecil and paid scant attention to her Mary and Lucy, who she never kissed or cuddled.’ (pg27)

Combined with various nervous and depressive behaviours, no doubt brought on by non-stop child bearing and a fire that destroyed their family home and financial situation for a while, Mrs Gaunt was in the habit of inflicting her fears and worries onto her eldest child, Mary. It can be hardly surprising then, that Mary wanted nothing to do with marriage and child bearing as she grew older herself.

Despite all of this, Mary seems to have had a relatively happy childhood, playing with her brothers. They were all encouraged to be fearless and adventurous, until it was time to leave home. The boys went off to join the navy, while Mary and Lucy were expected to stay quietly at home, waiting for ‘Mr Right‘.

In 1881 though, Melbourne University opened up to allow women to register for the very first time. Mary Eliza Gaunt was the second name inscribed on the matriculation register. She had hoped to study law, but only arts and humanities degrees were on offer to the twelve selected women. In class, Mary found that the women were usually ignored and their assignments were marked down, with no chance of gaining a degree at the end (in fact all the women from this first intake were failed or dropped out in frustration, like Mary).

I give you all this background information to highlight how being a woman impacted on Mary’s writing career. She was very conscious of the hardships borne by most women, regardless of class, around domesticity and child bearing. She was also very aware that she could not go out into the world the same way her brothers did, to work and explore.

It was only after her later-in-life marriage at age 33 (which sadly ended less than six years later, with the premature illness and death of her husband) that Mary was finally able to embrace being a writer and consider the possibility of travel. After her husbands death, money was a problem for her and Mary had to return to her parents home for a while until she had saved enough money to leave Melbourne and sail to London in 1900.

As a writer, she conscientiously wrote a thousand words a day, before editing the previous days work each afternoon. In England, she entered into a writing collaboration with John Ridgewell Essex. They published The Arm of the Leopard, a West African Story (1904), Fools Rush In, an African Story (1906) and The Silent Ones (1909) together. These novels proved to be very popular and finally gave Mary financial security, and the money to travel further afield.

For now, this is where I will end Mary’s tale, as it was her early colonial short stories in The Moving Finger (1895) that first captured my attention. I hope to move on to her travel stories at a later date.

The Moving Finger contains seven stories that range between bushranger tales, life on the gold diggings of Victora to a shipping disaster. Although some of these stories might be described as romances, none of them end happily-ever-after. Between duty and death, the once happy young women, end up old and alone.

All the women in these stories are constrained by the conventions of the time. Overbearing fathers, religion, drunk husbands, their lack of access to education and money, constant child bearing and restrictive clothing. One story also touches on the plight of a young part-Aboriginal woman.

Gaunt was clearly a writer of her times, as we now say. She was conscious of the impact that colonial society had on the local inhabitants, but this consciousness was inconsistent and unevenly expressed in her stories. However, in Dick Stanesby’s Hutkeeper, she used dialogue between the two Englishmen, trying to make a go of it in Australia, to show that this was an issue she was aware of, and happy to explore in her writing. One man was from the “wipe ’em out” camp, while the other expressed the unpopular view that “they were here first” and should be left to it, as there was no need for white people to come to this country at all. Which isn’t to say that the story didn’t end badly for the local tribes concerned. One man’s guilty conscious wasn’t enough to change anything.

It’s not easy to not be a product of your times, for us, or for writers like Mary Gaunt.

I may feel differently when I spend more time with Mary’s travel writing, but her short stories show a writer concerned with the role of women in society. Mary’s privileged colonial upbringing may be apparent in her writing at times, but her focus was clearly on how double standards, lack of agency and patriarchal practices negatively impacted on the lives of women.

^image source | from the frontispiece of Alone in West Africa (this is the only available portrait).

Bronwyn has been a book blogger at Brona’s Books since 2009 and a bookseller (specialising in children’s literature) in Sydney since 2008. Prior to this she was an Early Childhood teacher for many years in country NSW. From 2015 until 2020 she was an editor for the Australian Women Writers Challenge. She can also be found at The Classics Club as one of the Gen 2 moderators. From this you can see that the new look AWWC appeals to both of her reading and blogging interests – Australian women writers and the classics.