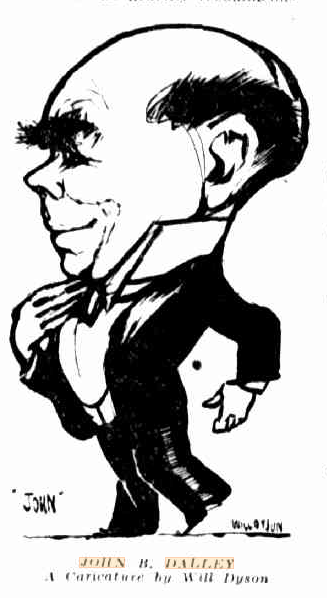 Author, editor and leader-writer John Dalley discusses the reaction of critics – especially family members – to work by Australian women writers.
Note: Katharine Susannah Prichard, briefly mentioned below, was joint winner of The Bulletin novel prize with Coonardoo: The Well in the Shadow in 1928.

A first effect of The Bulletin’s prize novel competitions will evidently be to establish a school of Australian women-novelists. The movement was coming, sooner or later, in any event; for women, given half a chance, are better natural story-tellers than men. The works of Sheila Kaye-Smith, Rose Macaulay, G B Stern and one or two others are selling as well in Britain now as any novels by men, and it is not too much to expect that writers of first-class ability like Katharine Prichard, and the authors of “A House Is Built” will win big publics before long in England and the U.S.A. And the same applies to members of their sex whose Australian novels are still unborn.

I have known about half a dozen Australian women who have succeeded in getting books – some good, some not so good – published in London. All without exception aroused the worst passions of those of their own sex who were nearest and dearest to them. Revulsion was expressed, as a rule, by a tight-lipped silence when the offending work was mentioned. The sort of atmosphere was created which might be produced in a vicarage drawing-room by the announcement that the speaker’s father had just been given a term of penal servitude. But now and then indignation burst all bounds, and it was pointed out with the incoherence of strong emotion that here was the rottenest, the most unreal and futile and disgracefully incompetent novel that had ever been written!

The phenomenon is not confined to Australia, of course. Then the writer of “The Constant Nymph” had her first book published, the hostility of the Cathedral city in which she lived with her mother was so great that the family found it more comfortable to leave for a while; and when she produced what was probably the best novel of 1925-26, old ladies whom she had known since childhood cut her dead. Australian society is like an English Cathedral city in one sense; its literary tastes are not particularly discriminating. The initiative which distinguished members of the A.I.F. is not often found in the 8 p.c. of our women-folk who, according to the librarians, read modern fiction. They extend their favours usually to accepted names – Michael Arlen, Gilbert Frankau, Ethel Dell – and they distrust the unfamiliar.

This does not explain, however, the wrath which is engendered in normally affectionate and appreciative female hearts by the imaginative writings of their women-friends. I do not believe that jealousy, or any such ignoble sentiment, enters into the matter. In point of fact, the most embittered are nearly always those who have never thought of writing anything more original than a cheque. The thing that maddens them seems to be the sudden discovery that, during all these uncritical, platitudinous years, they have been nursing to their bosoms a derisive viper with a disreputable mind. The girl who talked so conventionally, and looked so prim, stands revealed as a sharp-eyed hussy, with a knowledge of the darker sides of life so intimate as to cast doubts on her virtue. Useless to suggest that creative genius is like that; that “Mademoiselle de Maupin,” for example, was written when the author had barely left school. Faces grow harder at the mention of what is apparently a French novel; a fresh stream of invective is released.

Such are the discouragement which a woman-writer is far more likely to find in an Australian city or town than is cosmopolitan, easy-going London or Paris. But there is the consideration that objections vanish like morning mists before the first dawnings of world-success. And, on the financial side, it is an unfortunate fact that the disapproval of Australian readers does not perhaps matter much. A novelist would have to sell 20 editions of 1500 apiece in the Commonwealth to make as much as The Bulletin pays in the form of one prize.