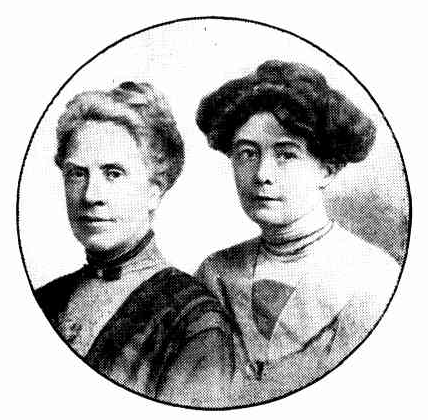 by Author not stated

Further to our story Miles Franklin in America last October, the following article appeared in The Sun, Sydney, Sunday September 16, 1917, with the headings:

Two well-known Australian women have stood shoulder to shoulder in America for several years fighting for social and industrial reforms.
They are Miss Alice Henry, who was at one time associated with the Melbourne press, and Miss Miles Franklin, who achieved wonderful popularity in Australia with her first novel, “My Brilliant Career.”
In 1910 these able and talented women joined forces in Chicago and took the editorship of
a monthly magazine, “Life and Labor.” At that time the leaders of the National Women’s Trade Union League of America felt that if the league was to fulfil its duty and carry on its work effectively it must have its own newspaper to tell the unbiassed story of industrial conditions relating to the woman worker. So “Life and Labor” was established as its official organ.

Through the mediumship of this publication 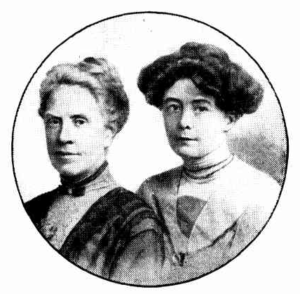 hundreds of sweated women workers in the United States learnt that trade unionism opened the gateway to industrial justice. The editors educated women to understand that the unorganised woman worker was always at the mercy of the unscrupulous employer.
Recently Miss Henry has been lecturing throughout America on behalf of the National Women’s Trade Union League. Ever since she has been in America Miss Henry has been fighting the battle of the casual woman worker, the type that is found in the slums, and the child worker who is exploited in unclassified trades.
When in Melbourne Miss Henry was closely associated with many social reform movements, but for private reasons was unable to publicly identify herself with the schemes she helped to launch, but she supplied platform leaders with the facts and figures that aroused interest in social questions.
Her success as a reformer has been mainly due to a remarkable mentality and rational outlook. She believed in sane measures and educating the public by logical reasoning
before launching progressive schemes. Miss Henry is a keen suffragist, and did valuable work with the late Miss H. Spence in supporting the proportional voting policy.
Miss Franklin has given up journalistic work for a time, and is now attached to the Scottish Women’s Unit in Macedonia [about which we will have more in April. ed.]
.
.
Original article in Trove (here)
On Alice Henry’s retirement from the editorship, MF sent a report to Mary Gilmore’s “Our Women’s Page in the Australian Worker, Thu, September 30, 1915 (here). She was presented with $500 in gold! And they sang her a song, “Trade union girls arise and, sing/To one we all hold dear”.