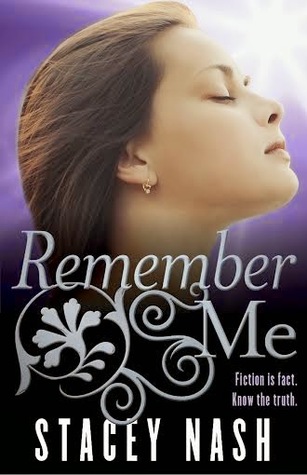 Welcome to the October and November round-up of YA Speculative Fiction! The year is coming to a close and the book releases are slowing down, but we’ve still got some great reviews coming in 🙂 Anamae Gilbert managed to thwart The Collective and rescue her father, even though his mind is now a shell. Determined to stop Councilor Manvyke hurting her family again, she’s training to become an active resistance member and enjoying a growing romance. But things never sail along smoothly – Manvyke wants retribution. And Anamae’s name is high on his list.

The most popular title has been Remember Me (The Collective #2) by Stacey Nash. Cassandra Page has given it a glowing review, saying “the first book is the discovery story, whereas in this second book we get to peel back additional layers of this interesting world and see what’s underneath.” Rochelle Sharpe also reviewed the book, saying that “Remember Me was a captivating and highly enjoyable read.”

Cassandra Page also got the opportunity to interview Stacey Nash, where they discuss the cool world of the novel, the friendships between the characters, and what Nash is planning to write next.

Jubilee Chase and Flynn Cormac should never have met. Lee is captain of the forces sent to Avon to crush the terraformed planet’s rebellious colonists, but she has her own reasons for hating the insurgents. Rebellion is in Flynn’s blood. His sister died in the original uprising against the powerful corporate conglomerate that rules Avon with an iron fist.

This Shattered World (Starbound #2) by Amie Kaufman and Meagan Spooner has recently been released, and has already gotten a fair bit of attention. Chiara @ Books for a Delicate Eternity thinks it’s an excellent sequel to These Broken Stars, and that “[t]he world building was on-point, as was the storyline.”

And I’m going to cheat a little and share two December reviews for This Shattered World. The first is by Tsana, who comments on the change in protagonists: “I thought I might be disappointed that the character set have changed but this turned out not to be the case as the new characters were just as compelling as the ones in These Broken Stars.” And the second review is mine – “I love both books, but I think This Shattered World, which is more thrilling and has more danger and explosions, is more my speed.”

Also recently released is the novella that bridges These Broken Stars and This Shattered World, called This Night So Dark. It explores the events that made Tarver famous and sets up the grand mystery we encounter in This Shattered World. You can check out my glowing review here. You can buy the e-novella at the Australian Kindle store.

Ashala Wolf has been captured by Chief Administrator Neville Rose, a man who is intent on destroying Ashala’s Tribe — the runaway Illegals hiding in the Firstwood. Injured, vulnerable, with her Sleepwalker ability blocked, Ashala is forced to succumb to the machine that will pull secrets from her mind. And right beside her is Justin Connor, her betrayer, watching her every move. Will the Tribe survive the interrogation of Ashala Wolf?

The Interrogation of Ashala Wolf (The Tribe #1) by Ambelin Kwaymullina has been reviewed by Ju Transcendancing who “adored the story building in this, so many layers, puzzles and … was delighted at every stage of the reveal.”

Thrust into the technology-driven Earthlands via magical mists, Shahkara is forced to rely on Max McCalden to help find the ancient Elnara death lantern, her homeworld’s last chance of survival against the heart-devouring Taloners. Max has his own problems, but nothing prepares him for this fugitive warrior’s razor-sharp talons.

Eleni Konstantine reviewed The Blood She Betrayed by Cheryse Durrant, saying “[t]his YA book has action, romance, fantasy, magic and more. The two main characters are teens but not typical ones in any sense of the word. One is from another world, the other a millionaire’s son.”

That’s it for October and November! I’ll be back early next year with the December round-up, but in the mean time, keep a look out for This Shattered World by Amie Kaufman and Meagan Spooner (Dec 2014, Science Fiction YA), and Faking It (The Intern #2) by Gabrielle Tozer (Jan 2015, Contemporary YA).

Also, there have been some exciting cover reveals recently: Burn (The Rephaim #4) by Paula Weston and Fearless (The Avena #3) by Marianne Curley both have covers now, and are slated for release in 2015.

Also, I have a very special #OzYAChat planned this week where we will be discussing all 2015 releases by Australian authors, and there will be a very cool PDF checklist to download. All the major publishers have helped to collate this list, so it’ll be very helpful if you’re planning to take part in the challenge next year and read Aussie YA (regardless of genre). Join me on Twitter on Thursday 11 December at 7:30 PM AEDT.