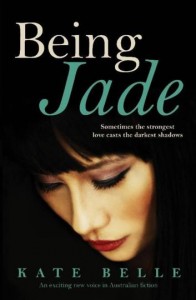 Another year has passed and with it, AWW challenge participants have read and reviewed dozens of general fiction titles. Broadly, the label of general fiction applies to any novel set in the time period from the mid 1900′s to the present. However, in terms of this summary of the challenge, we have assigned the label of genera fiction to apply to those works, set between the mid 1900′s and the present, which do not fit neatly into any single genre category, like crime, literary or romance.

Lost and Found by Brooke Davis (16 reviews), What Came Before by Anna George (7 reviews), Simmering Season by Jenn J McLeod (7 reviews), Tiddas by Anita Heiss (11 reviews), Let Her Go by Dawn Barker (9 reviews) and Being Jade by Kate Belle (9 reviews)  proved to be the most popular reads.

Controversial themes appealed to readers  of  Just a Girl by Kirsten Krauth, Can You Keep a Secret? by Caroline Overington, The Secrets in Silence by Nicole Trope, Through the Cracks by Honey Brown, Girl 43 by Maree Giles and The First Week by Margaret Merrilees.

Fiction focusing on domestic drama and family relationships were a draw including Mothers and Daughters by Kylie Ladd, Hello from the Gillespies by Monica McIerney, Lyrebird Hill by Anna Romer, Family Secrets by Liz Byrski, Wife on the Run by Fiona Higgins and The Eye of the Sheep by Sophie Laguna.

Rural fiction continues to prove popular and amongst the years releases Red Sand Sunrise by Fiona McArthur, Time Will Tell by Fiona McCallum, Crimson Dawn by Fleur McDonald, Tracking North by Kerry McGinnis and The Sunnyvale Girls by Fiona Palmer and Billabong Bend by  Jennifer Scoullar were well read.

The diversity of general fiction in Australian literature written by women is evidenced by the wide range of titles read by the challenge participants. I have been able to showcase only a few in this post, and recommend you browse the list of general fiction reviews listed in our database and previous round-up posts, there will surely be something you are tempted to add to your reading list for the 2015 challenge, and each month through the year you can expect I will return to showcase more fabulous general fiction titles.

My name is Shelleyrae Cusbert I am a mother of four children, aged 8 to 18, living in the mid north coast of NSW. I am an obsessive reader and publish my thoughts about what I read at my book blog,  Book’d Out.  In 2012 I read and reviewed a total of 109 books for the AWW Challenge and in 2013 a total of 117. I juggle caring for my family with a part time job and volunteer at both the town’s local library and the children’s school library.