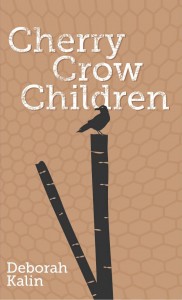 Hello again, faithful readers! We’ve had a more bountiful month, review-wise, this past June than we did in May. Huzzah! There were thirteen new reviews submitted to the challenge, across all three subgenres. There was even horror, for the first time in a couple of months! Keep it up, readers! A few sentences ago, I promised horror and what horror there was. Two slim horror volumes from the Twelve Planets set of collections by Australian women (put out by Twelfth Planet Press) were reviewed this past month. There was Cherry Crow Children by Deborah Kalin, the final(ish) instalment in the series, which was reviewed by Jason Nahrung. He describes it thusly:

These stories are of endings, and of secrets, and of quests, each situated in isolated and harsh settings that encourage a certain bloodymindedness and limited vision. To go delving in these locales is to risk much. Discovering can be dangerous, even lethal. Perhaps best not to explore this terrain if one is feeling blue. The final novella is The Home for Broken Dolls where Kirstyn manages to blend genre tropes, criticism and adult dolls in the one story that should be given so much more critical analysis than this short recommendation will provide.  Out of all the stories this one impressed me the most.  Horn, What Amanda Wants and Caution are great stories, entertaining stories.  The Home for Broken Dolls though managed to really provoke some introspection on top of having the qualities of the stories previously mentioned. To briefly continue the theme of the Twelve Planets series, Secret Lives of Books by Rosaleen Love was also reviewed this past month. It’s a more varied collection, genre-wise, a little bit experimental but I think it’s more science fiction than anything else. Mel @ Subversive Reader has this to say about it:

Rosaleen Love’s writing really felt like nothing I’d come across before. It was so calm and even and you found yourself being lulled into the story, gently carried through it. Until something twists, and you find yourself falling and you absolutely cannot stop reading as you tumble through the space of her stories. On the more military SF side of things, of which there isn’t a huge amount being produced in Australia, there was Aurora: Pegasus by Amanda Bridgeman. This is the second book in the Aurora series, which is up to four books so far. Elizabeth Fitzgerald wrote this about it:

Aurora: Pegasus is a bit of a different beast to its predecessor. Classic sci-fi/horror in the vein of Alien has been traded for a more character-driven story that spreads out the action over a greater number of locations.Given I’m not really a horror fan and usually love stories that focus on character, I was surprised to find I didn’t enjoy Aurora: Pegasus quite as much as the previous book. … Having said that, the ending left me teary and did what it was supposed to do: hook me in for Aurora: Meridian. And finally, a slightly older award winner: The Courier’s New Bicycle by Kim Westwood. Mel @ Subversive Reader found it a thought-provoking read, and shared many of her thoughts with us. Here is some of what she thought (for the rest, as with all the reviews, you’ll have to click through):

I was particularly struck by the world building in this book. There’s a lot going on, with the story touching on animal rights, government control over medications, government surveillance, how different subcultures behave under different circumstances and an old fashioned mystery to solve, but most of the time those elements are balanced well and the pieces fit together nicely.

And then we come to fantasy, as always the most popular of the subgenres. Which is a bit unfair of me to say, since it’s also the most numerous of my categories, when it comes to books published. And, as is usual, there is quite a spread in the types of fantasy books people reviewed. The most popular book this month was The Dagger’s Path by Glenda Larke, the second book in the trilogy that began it’s spice-filled journey with The Lascar’s Dagger. Mark Webb and I, Tsana, reviewed it. Mark gave us this snippet:

This is not a stand alone book, and I would imagine it wouldn’t make much sense if you haven’t read the first one. Like many second books in trilogies, it also serves to set up some big confrontations for the third book.

I really love all of Glenda Larke’s books, and this latest instalment in her latest series is absolutely no exception. If you enjoyed The Lascar’s Dagger, why haven’t you read it yet? And if you haven’t, then go pick it up and start this wonderful series. Especially if you want something other than yet another medieval European-set fantasy in your life. Larke’s fantasy worlds are some of the best I’ve come across. Continuing the Big Fat Fantasy (BFF) theme, was Power and Majesty by Tansy Rayner Roberts. This first book in the trilogy was reviewed by the tireless Mel @ Subversive Reader, who had this to say:

I have to admit that I’m completely, head over heels, in love with so many of the characters. I adore Velody’s devotion to her sewing and her friends and the way she uses these when she finds herself thrust into the Creature Court. I love (and occasionally want to shake) Ash, and the way he’s trying to reconcile his past with the present dangers. My absolute favourites, though, are the sentinels who are interesting and funny and so different from each other.

In a small deviation from what we normally see in these round-ups, we have a magazine review. Mel @ Subversive Reader also reviewed the Review of Australian Fiction Volume 14 Issue 4, which had a story by each of Tansy Rayner Roberts and Stephanie Lai. Click through for more, but here’s a brief look at what Mel thought:

Both stories create worlds both familiar and completely new, but in totally different ways. In “Fake Geek Girl” we find ourselves in a world where magic is the Real and the philosophy and literature and engineering we know are the Unreal. … “The Dàn Dàn Miàn of the Apocalypse” is set in an apocalyptic setting around Melbourne and also looks at family and communities – those we have and those we build. Sticking with the most popular author of the month, Stephanie Gunn reviewed Cranky Ladies Of History, an anthology edited by Tansy Rayner Roberts and Tehani Wessely. It’s technically historical fiction more than speculative fiction, but a lot of the stories have a speculative feel with some fantasy elements in them, and a lot of the people involved usually work with spec fic, so here we are. Stephanie had this to say about it:

I have to admit upfront that I am not the most thoroughly read in terms of history or historical fiction, and as such, many of the cranky ladies depicted in the stories were unknown to me.  As I started to read, I found myself wishing that each story had been prefaced by a small biography of the woman in question, but as I read more, I found myself glad that none had been provided.  There was a small thrill of recognition in seeing the women I recognised, and it was quite lovely to come to the ones I wasn’t familiar with without any prior assumptions.  Every one of the women was fascinating, and I suspect that there is going to be a lot of reading about their histories in my future. Jumping to a completely unrelated book, we had the paranormal romance Koven by Vanessa Skye, reviewed by Coffee2words/Lynxie. I gather it’s a vampire book and the first in a series. Lynxie had this to say:

The belief system of the vampire society was also a fresh and exciting part of this book. I loved the idea of corruption and deceit amongst the vampires, the introduction of a hybrid (not unlike some of the other vampire inspired shows these days) race and all the complexities that come with these new facets of their society.

And that’s it from me for this month! Remember to keep submitting your reviews to the challenge as you post them, either on your own blog or on Goodreads. Spread the AWW love!