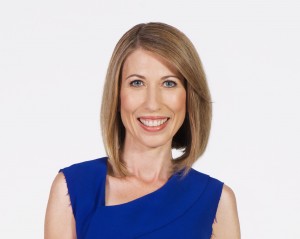 Welcome to Sunday Spotlight. Today we feature Natasha Lester, whose latest novel, Her Mother’s Secret, was released in Australia on March 28th. When did you start writing and what was the catalyst?
I was living in Melbourne and working as the Marketing Manager for Maybelline. My husband had to come back for Perth for his work and, since he’d followed me to Melbourne for mine, it was only fair that I quit my fabulous job and return to Perth with him! So I decided to take advantage of my unemployment to do something I’d always wanted to do—write. I went back to uni and studied a Master of Creative Arts and wrote my first book, What is Left Over, After, as my Masters thesis.

How many novels have you written and published?
I’ve published 4 novels but I’ve written 5. I threw out an entire book before I wrote A Kiss from Mr Fitzgerald, which was not a very fun experience but it had to be done!

How has being Australian AND a woman impacted on your writing and/or writing career?
My first two books are very Australian; my first, in particular, could not have been set anywhere else. And I tend to write about motherhood, and about women fighting to achieve something that society deems unsuitable for women. I guess this is, in part, drawn from my own experiences of being a woman and, before becoming a writer, working in very male-dominated industries and having to fight against sexism and discrimination constantly.

What authors and types of books do you love the most?
Historical fiction is my favourite, although I read most genres. I tend to be more of a favourite book than a favourite author person; some that I’ve loved are The Great Fire by Shirley Hazzard, The Shifting Fog by Kate Morton, Bitter Greens by Kate Forsyth, and The Natural Way of Things by Charlotte Wood.

What inspired your most recent book?
Her Mother’s Secret was inspired by a couple of things. It’s a story about one woman’s dream to make cosmetics that women are able to buy and wear openly, which came about from my own experience of working for cosmetics company L’Oreal Paris. One of the oft-repeated tales around the company was about a girl called Mabel who wanted darker lashes to impress her date and whose brother mixed her up a concoction of lampblack and Vaseline, thus creating the first Maybelline mascara. It was, of course, only available to buy via mail order as mascara was considered far too scandalous to sell in department stores. I wanted to write about that time of change for women, and I wanted to write about a woman who was at the forefront of that change, a woman who had the courage to push back against a society that saw fit to tell women what they could and could not do.
It was also inspired by an ABC News report on Anzac Day about an Australian soldier who’d been wounded three times in World War I. He had survived each of those woundings, only to die in a hospital in Sutton Veny, England, on Armistice Day. The tragedy of that really shook me and so Her Mother’s secret begins on Armistice Day and is about the effect of that kind of tragedy on a young woman.

How much research do you do? As an author of Historical Fiction, how do you balance the demands of getting the facts right and telling a good story?
Lots! I love sitting in dusty archives looking through original papers as you always find things you didn’t know you were looking for. I try to visit all the key locations my book and spend time there as bringing the setting fully to life is one of my goals for every book.
I tend to write a first draft without having done much research. Then I use the first draft as a research blueprint; I know what gaps I need to fill and I focus my research in on those gaps. I think that writing this way means the story always comes first, so it’s much more difficult to let the research overwhelm the book and finding the balance becomes much easier.

Do you read your book reviews? Do you appreciate reader feedback and take it on board, even if it is negative? How do you deal with negative feedback after spending so much time writing your book?
I do tend to look at reviews. Of course I love the fabulous ones but I also love the not-so-fabulous ones when I can see that the reader has tried to engage with the book and is able to explain why it didn’t work for them. Not every book will resonate with every reader so, as a writer, I take any negative feedback in that context.

How much planning do you do? Do you plan / plot the entire story from beginning to end, or let it evolve naturally as the writing progresses? In terms of characters, are they already a firm picture in your mind before you start writing or do they develop a personality of their own as the story progresses?
I am definitely a pantser! It irritates me so much because, in every other area of my life, I am super-organised, but I just can’t seem to plot a book out in advance. I always know who the main character is and what their big journey is, but a lot of the story is very hazy when I begin writing. In some ways, I like this process because it means that I am often surprised by what comes out onto the page and so I hope readers will feel that same surprise. It is very stressful though, when you’re nearing the end and you have no idea how the story will play out! I’ve learned to trust that out will though.

Have you ever had to deal with a situation where someone feels they recognise traits of themselves in one of your characters?
Nobody has ever told me that they have so either they’re keeping it from me or they haven’t had this experience! I tend to invent all my characters and they become their own person so it would be hard for anyone believe they are one of my characters.

Can you tell us something about yourself that not many people would know?
I am somewhat obsessed with my pillow. One of the worst things about travelling is not having my pillow with me and having to try out every pillow in the hotel until I find one I can live with for however long I’m staying there!

If you could go back in time for a year, which historical era would you choose to live in?
Just one! Okay, I’m going to choose the 1920s for all the obvious reasons!

If you could sit down for an afternoon with an iconic person from history, who would you choose to spend that time with?
Martha Gellhorn, famously one of Ernest Hemingway’s wives, but also a brilliant war correspondent. She appears in the book I’m writing now and I would love to interview her!

When did you discover the Australian Women Writers Challenge? Do you think the challenge has had any impact on the awareness and discoverability of Australian Women writers? Have you personally benefited in terms of exposure of your work to new readers?
I formally completed the challenge in 2013 and 2014. I haven’t formally completed it since then, but in my Book Chat videos, I always review lots of books by Australian women writers. I definitely think the challenge has made a huge impact on people’s awareness of their readings habits and becoming aware is the start of making changes. Let’s face it, when you walk into a bookshop, the choice is overwhelming, so anything that helps to bring books written by Australian women to the forefront of readers’ minds is wonderful. On a personal level, I was amazed at how often A Kiss from Mr Fitzgerald was reviewed by Australian bloggers last year, and I was also very grateful. I can’t quantify this, but I’m sure it was a big part of the reason why the book was so successful; word of mouth is vital and the challenge helps with that immeasurably. About Her Mother’s Secret:
1918, England. Armistice Day should bring peace into Leonora’s life. Rather than secretly making cosmetics in her father’s chemist shop to sell to army nurses such as Joan, her adventurous Australian friend, Leo hopes to now display her wares openly. Instead, Spanish flu arrives in the village, claiming her father’s life.
Determined to start over, she boards a ship to New York City. On the way she meets debonair department store heir Everett Forsyth . . . In Manhattan, Leo works hard to make her cosmetics dream come true, but she’s a woman alone with a small salary and a society that deems make-up scandalous.
1939, New York City. Everett’s daughter, Alice, a promising ballerina, receives a mysterious letter inviting her to star in a series of advertisements for a cosmetics line. If she accepts she will be immortalized like dancers such as Zelda Fitzgerald, Josephine Baker and Ginger Rogers. Why, then, are her parents so quick to forbid it?
HER MOTHER’S SECRET is the story of a brave young woman chasing a dream in the face of society’s disapproval.

What our AWW Challenge participants are saying about Her Mother’s Secret:

Amanda@Mrs B’s Book Reviews  If I could, I would award all the stars for Her Mother’s Secret. This is a beautifully drawn piece of historical fiction that I am certain will occupy a piece of my heart for some time. Natasha Lester’s contribution to the historical fiction genre is another superb effort in my eyes and I just cannot wait to see what she offers her readers next.

Monique@Write Note Reviews  I was drawn into Leo’s world in her small town in England, on the ship as she crossed the Atlantic, and in exciting and challenging New York; I became part of her journey of dreams. Natasha’s stories have that way about them. Expect drama, tears, and smiles as Leo follows her dream but hibernates her heart. Expect a story that will draw you in with clever prose. Expect heartache, heartbreak and heartwarming moments. And above all, expect to be inspired by strong characters in restrictive societal and gender circumstances who don’t give in easily.  You won’t be disappointed.

About Theresa: I am an author of Australian Women’s Fiction, avid reader, keen reviewer, book collector, drinker of all tea blends originating from Earl Grey, and modern history enthusiast. I enjoy reading many genres but have a particular interest in Historical Fiction. You can find me at my blog Theresa Smith Writes, Facebook, Goodreads, and Twitter @TessSmithWrites.