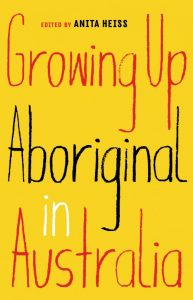 Seven is for many a lucky number … and I’m inclined to agree, because this round-up concludes the seventh year of the Challenge and here we not only still are, but we are still going strong. Seven years! Our books reviewed database, which you can find on the Books Reviewed for AWW Challenge, grew by a little under 20% this year. In other words, we now provide access to reviews for just over 5,200 books, written by Australian women writers, past and present, and across all forms and genres. That’s an impressive resource, wouldn’t you say? It has only been achieved through the hard work of all you who read the books and submit your reviews to our database, of our AWW Challenge team volunteers who work hard behind the scenes to keep it all running smoothly and write the posts to us all informed. A wonderful cooperative effort for which I thank you all.

Now, as I’ve said before my area of Literary and Classics is a slippery one, because there are no universally accepted definitions for either. Consequently, we primarily rely on reviewers’ decisions regarding categorisation. I do tweak this occasionally. For example, where most reviewers have categorised a book as Literary but one or two haven’t, or vice versa, I will make a call. Or where, because “Literary” is a sub-category, some reviewers don’t realise they can apply it, I will apply it. Given this, my assessment is that just under 630 reviews were posted in this category in 2018. That’s around 8% fewer than last year, but given the year saw just 360 reviews posted, I think we can be happy that we’ve maintained ground.

Just a quick discussion of December’s reviews before we get onto the main business of this post. Some 36 reviews were posted during the month, being a little down on the previous December but still a good look!

But now, on with wrapping up the year…

Australian women fared well in the year’s literary awards. No one book stood out particularly from the rest but Michelle de Kretser’s The life to come not only won the Miles Franklin Award, but was listed for other awards, including the Stella Prize. Other Australian women who won significant awards include:

All of these books have been reviewed for the challenge, though some (Libby Angel’s, Shastra Deo’s and Fiona McFarlane’s) not this year. However, the book from this list that received the most attention from our reviewers this year was Sarah Krasnostein’s biography, The trauma cleaner. It’s about an unknown transgender woman, which is interesting because, while memoirs can often be by unknowns, biographies tend to be about knowns.

For this post, though, I’m going to move on to the only book from the list that was reviewed in December, Alexis Wright’s Stella Prize-winning Tracker. Reviewer Bill Holloway (The Australian Legend) writes:

Tracker’s story, which as you can imagine, does not proceed in straight lines, concerns his wide range of contacts through Indigenous, State and National politics, as well as of course all the actors in the Central Land area, and indeed throughout northern Australia; and his core belief that Aboriginals must achieve economic independence, and that all else is just gifts from their white masters […]

Most reviewed Literary books in 2018

Interestingly, fewer of this year’s most reviewed books than last year’s have appeared on Awards shortlists – just O’Grady, Krasnostein and Coleman have. Is there a conclusion to be drawn from this? Of course, some of these books may be so new they were not eligible for 2018 awards, and we do like to read the newest releases here!

Like last year, all but one are novels, and the majority of these are historical fiction. Emily O’Grady’s The yellow house, though, is Crime and, as it’s the only award-winner reviewed in December, let’s look at it. It was reviewed by Amanda (Mrs B’s Book Reviews) for her Bingo challenge, fitting the “book by an author under the age of 30 box”. Amanda was very impressed by it – and its writer. She sums it up with:

The narration is authentic, the dialogue buffed to perfection, the subject matter is considerate and it is clearly marked with a distinct sinking feeling of pure dread, stemming from the events spiralling around this gripping novel. Astonishing, spine tingling and impressionable, I hope to hear more from Emily O’Grady.

Most reviewed Literary authors in 2018

There was a complete change in our top reviewed authors from last year’s – but one, Helen Garner, did appear here in 2016. This year’s top FIVE positions went to:

Close on their heels were several authors with 9 reviews each.

Robyn Cadwallader was among our most reviewed authors in 2015 when The anchoress was published, and here she is wowing us again three years later with her second medieval-era historical novel, Book of colours. It was reviewed once in December, so again – see how I’m sneaking my December round-up into this yearly wrap-up!! – I’ll choose it to represent this group. Rebecca Bowyer (The Story Addict) reviewed it at some at some depth, and said:

This is very much a literary novel rather than an edge-of-your-set page turner. The writing is, at times, poetic. At other times it reflects the rough and ready society of 14th-century London.

This has to be hands-down the best literary insult I’ve ever read:

‘Your words are turds, laddie. You’ve no business shitting them round here.’

Some 8% of the reviews posted to Literary/Classics were for Classics, which is pleasing. The 51 reviews were for books by 29 authors, and included a few new authors, most little known: Ethel Anderson (1883-1958), Ellen Davitt (1812-1879), Louisa Anne Meredith (1812-1895), and Mollie Skinner (1876-1955). New books were also added for authors already in the system. I love the increasing depth and breadth these sorts of additions bring to our database, making it a great resource for those wanting to explore classic Australian literature. A huge thanks to everyone who read and contributed reviews for classics this year.

I thank them and, in fact, all of you who contributed even one review this year. Every review helps us achieve our goal of recognising and promoting the diversity of Australian women’s writing.

As you’ve realised by now, 2018 was a good year for my corner of the Challenge.It  I’d love it to continue in 2019, so if you haven’t joined the Challenge in the past, please consider doing so this year. It’s easy and it’s fun – just sign on here.