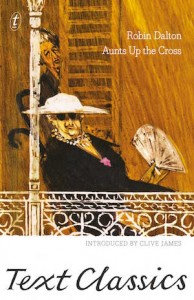 The Classics and Literary section of the challenge looks healthy at present with reviews pouring in – well, not literally of course, but this month and last we’ve seen enthusiastic responses to both new releases (not a new phenomenon!) and to books shortlisted for awards. Some of the books that find their way here are borderline “literary” or “classic”. While I mostly leave them as they are, I do tweak a bit here and there. You are always welcome to contact me via the comments if you have questions!

Meanwhile, the awards continued apace in April with two announcing winners, and two their shortlists. If you’re interested, check out the awards news at the end of this post

April was another good month, with 60 posts. Here are some highlights:

Reviews for two classics were posted this month, one for a book that has featured here several times before, Robin Dalton’s Aunts up the cross, and the other a first, Mary Grant Bruce’s Norah of Billabong, part of Brenda’s impressive project to read the whole Billabong series.

N@ncy, who reviewed Aunts up the cross, is one of our wonderful non-Australian-based reviewers. She loved this Kings Cross-set memoir, calling it “perfect”. She identifies some of its funny scenes, but says, simply:

I haven’t laughed so much about a book in years!
This is an absolute gem!

Meanwhile, out in the country, Brenda was enjoying Norah’s school holidays at Billabong. Brenda loved this third book in the series, concluding: “Old-fashioned writing which is easily readable, the series is an Aussie classic.”

We do have a History, Memoir, Biography round-up, but I feature them here every now and then, because they can be award winners, as you’ll see under Awards below!

While memoirs predominate this category, one book which has made a big splash over the last year or so is Sarah Krasnostein’s biography The trauma cleaner. It has won at least four literary awards, including the Victorian Prize for Literature and the Victorian Premier’s Literary Award for Non-Fiction, as well as being shortlisted for several other awards. What makes it “literary” is the quality of its writing, and the clever structure Krasnostein used to tell the story of its unknown subject Sandra Pankhurst’s life. It has been reviewed many times for the challenge, but posts are still coming in, including one in April from Claire Holderness. She describes the structure that contributes to the book’s success:

Alternating between chapters of Sandra’s life from childhood to where she is now, in her 60’s and the work she does as a trauma cleaner, it was a fascinating insight into a job I wasn’t really aware of as well as shining a light on the trials transgender people went through and still go through.

One of the memoirs reviewed this month was published in 2016, Cory Taylor’s Dying: A memoir. It was shortlisted for the Stella Prize. The judges’ comments reveal why it warrants the “literary” tag. They said that it was “a slim but remarkable book. Taylor’s tone is conversational, but her questions and insights are profound … It is also a book about the gift of writing and reading.” Our reviewer Cass Moriarty, says something similar – and then some:

In simple but beautiful language, she parses the meaning of her life, and the point of our being here at all. This book is a meditation, a breath, a prayer, a sigh.

April was another big month for awards news – with announcements of winners and shortlists. I’ll discuss them in the order of announcement.

It has been reviewed four times for the Challenge to date, but only once this month – by me. I hadn’t planned to read it, primarily because memoirs don’t feature high in my reading preferences. However, its winning the award tipped it into the must-read category, and I did find it a great read – for both its stylish writing and provocative content. It disquieted me at times in terms of its attitudes, but I concluded that it is

compelling and, significantly, it prompts us to think about the importance of love, responsibility and respect within all families.

Literary fiction book of the year: (2 of the 5, by women)

Both have been reviewed for the challenge, but just Melissa Lucashenko’s Too much lip in April. Our top reviewer of the month, Jonathan (Me Fail? I Fly!) took a little while to get into it, admitting he started reading it out of a sense of duty but, as his final words reveal, he was won over:

The Matt Richell award for new writer of the year (3 of 5 writers, by women)

Again, all have been reviewed for the challenge but not this month, so in the interests of brevity, I’ll leave them here. However, you can find all the reviews on our Books Reviewed search.

The main “literary” award – The Christina Stead Prize for Fiction – went to a woman, and it was Michelle de Kretser’s The life to come. It has been multiply reviewed for the challenge, but not this month.

Two of these – those by Pam Brown and Laura Elizabeth Woollett – had not been reviewed for the challenge when the longlist was announced, and have still not been reviewed. However, Jamie Marina Lau’s Pink Mountain on Locust Island, which has also been shortlisted for other awards, was reviewed twice in April, by Kim and Nancy. This is an experimental novel, and reactions to it are mixed. Kim explains in detail what she did and didn’t like in the novel, concluding that it is:

an innovative, unexpected and sometimes surprising novel, but I wasn’t completely convinced by it. That said, the author is only 21, so this definitely marks her as a young talent to watch.

Nancy also elaborates the positives and the challenges of the book, admitting that she “had no idea how to approach” it, but she also said:

If you put the ‘out-there’, weird, brash, disjointed aside
and read the book to find a few gems of real thought
then you have done justice to this new rising literary
star of the Gen Z generation.
It is not conventional….it may not appeal to everyone
….but Jamie Marina Lau impressed this Baby Boomer!

You heard it here!