General Fiction Round Up: April 2019 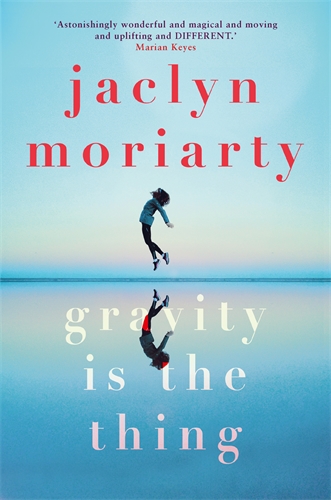 April was a little slower than usual in the General Fiction category with a total of 65 reviews of 43 books. But there have been some exciting new releases in the genre that have gathered numerous reviews.

Josephine Moon’s new release The Gift of Life gathered four reviews and an author interview with Amanda in her column Tea with Mrs B.

Of the novel, which is the story of two women brought together by a heart transplant, Amanda @ Mrs B’s Book Reviews writes that “Friendship, an unlikely bond, trust and altruism are strong themes in The Gift of Life.” Friendship is one of my favourite themes in fiction. While it’s necessarily a sideline in other genres it can really be brought forward in general fiction and share the limelight with other story elements, such as the mystery that drives The Gift of Life. Amanda writes that “Readers will really appreciate the central mystery of this novel, it runs parallel to the other events in the story, such as the romance, friendship and the process of change both women undertake after the transplant. I was intrigued from the start by the mystery surrounding Evan’s death.  I had plenty of questions and a couple of theories in my mind as to what Evan was doing the night he died.”

Also reviewed by Nicole@Goodreads, Brenda and Theresa Smith Writes, The Gift of Life is one not to miss for General Fiction fans.

Another new release, The Van Apfel Girls are Gone by Felicity McLean, gathered four reviews in the General Fiction category. Interestingly, while the book is set relatively recently, in 1992, reviewers describe an almost nostalgic tone suggestive of historical fiction. The book is about the disappearance of Van Apfel sisters against the backdrop of the Azaria Chamberlain mystery. Jennifer Cameron-smith says that the narrator, Tikka’s, point of view moves between childhood and adulthood and is not always reliable. Overall, “a really impressive debut novel and one that will stay with me.”

Amanda @ Mrs B’s Book Reviews also really enjoyed the book, giving it 4 stars, while Kate @ Booksaremyfavouriteandbest was a little disappointed, giving it 2.5 stars. On the other hand, Heidi @ but books are better wrote “WOW! Just wow! This was easily one of the best psychological thrillers I have read all year! It’s hard to believe that this is the author’s first foray into the mystery genre.”

Heidi explained why she thought the book might appeal to some readers more than others.

“I think the power of this book lay in the things that were left unsaid as much as the things we did get shown. I appreciate that this can be frustrating for some readers who like things tied in neat little bows and tidily resolved at the end. This was not that type of book. But woah – what an emotional impact it had on me…Innocent girl’s eyes, seeing things that she cannot make sense of. Disturbing things. Things that made me gasp out loud and frantically turn the pages. This book really got under my skin!”

A third new release that I’m really looking forward to reading is Jaclyn Moriarty’s Gravity is the Thing. This is a book that also has a mystery from the 1990’s at its heart. It seems that authors of a certain age must be looking back on this time as fodder for story – which is perfect for readers of a certain age!

Theresa Smith Writes says “What an unexpected joy this novel turned out to be…It’s heartbreakingly honest and beautifully life-affirming. I loved it so much that it’s become one of my favourite reads ever. Yes, ever. That’s how much I loved it.” I think it’s safe to say that this is also a must-read.

Thanks to all our reviewers this month. I look forward to seeing what you get up to in May.